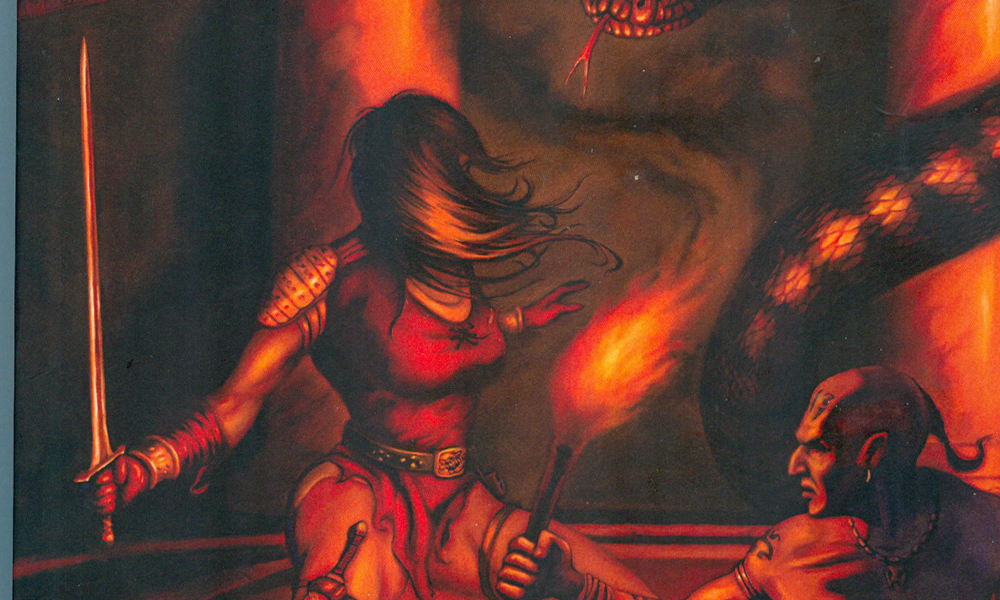 Written by: Various
Published by: Odin’s Other Eye Media
Pages: 243

Sword is sorcery is a conservative and may I dare say it reactionary form of fiction. Robert E. Howard had no interest in the future. He saw only decadence, rot, and decay going forward. Fiction that eschews the eternal in the human condition in exchange for the current cause du jure is going to date badly in short order. There is a reason that science fiction writers including Isaac Asimov and Alfred Bester despised sword and sorcery. The genre was antithetical to their vision of a bright, shining future. 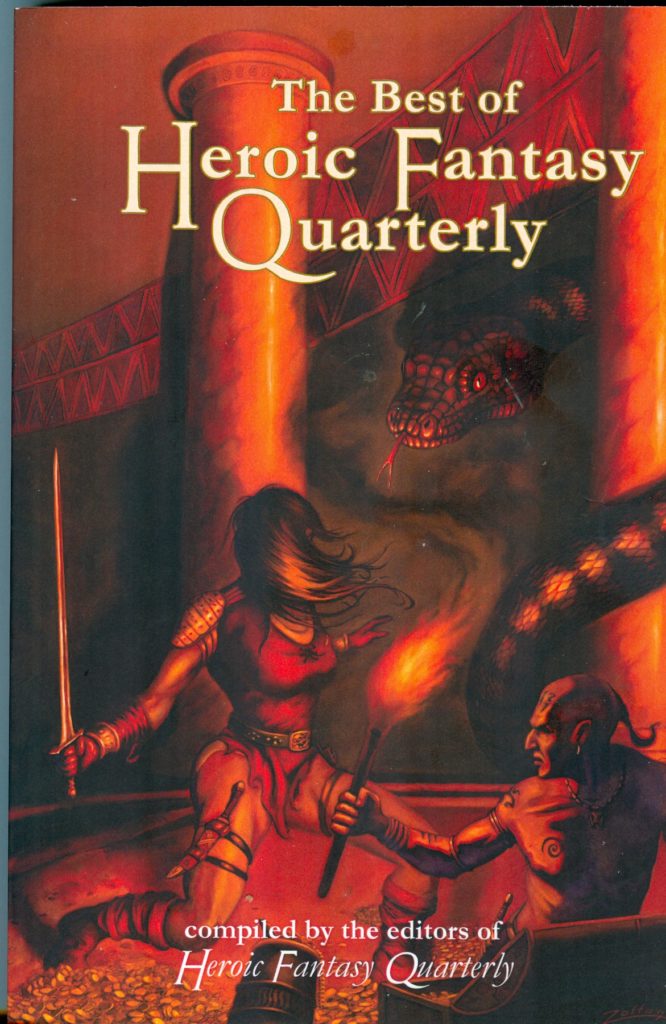 R. Michael Burns returns with another Hokage the samurai story in “Demon-Fang.” Hokage obtains a cursed sword the hard way.

James Frederick William Rowe has an Irish based story, “The Worship of the Lord of the Estuary and the Wages of Heroism.” This was a good to great story with a monster fish terrorizing a sea-side community. A young would be hero takes on the monster. This story should have been included in one of the year’s best fantasy anthologies.

“Death at the Pass” by Michael R. Fletcher is a tale of necromancy and an army of the un-dead. Interesting to see the perspective of a reanimated corpse who remembers his past. This story was Clark Ashton Smith meets Michael Moorcock.

Peter Darbyshire’s “The Princess Trap” started out with:
“Saleema was an orphaned sheepherder until her seventeenth year, when a talking dragon landed in the mountain meadow one summer day and ate all her sheep.”
WRONG ANSWER! I skipped the story at this point.

Sean Patrick Kelley’s “Crown of Sorrows” is a hard-boiled sword and sorcery tale of a captured mercenary forced to recover a crown from a monarch.

“Rhindor’s Remission” by Russell Miller started out with: “He was pissing hot gravel.”

I read the rest of the page, scanned through the rest of the story without reading in detail. I am not a fan of humorous fantasy (except for Jack Vance). This story revolves around conflict between two wizards.
“A Game of Chess” by David Pilling lost me with:

“People forget that England was a different country then. Decades of Arthur’s Peace, during which the land was steadily tamed and civilized, have stifled the memory of what a wild place it was in the old days.”

If you are talking King Arthur, it was Britain, not England. That is a peeve of mine. Arthur was a British Celt, England was founded by invading Germanic Angles, Saxons, and Jutes who destroyed Celtic Britain. T. H. White did this but it does not make it a correct thing to do.

Ben Godby’s “Dusts of War” is an interesting sword and sorcery spy story that has a Cold War paranoia about it. Interesting story.

Rakhar the Half-Orc is the main character for David Charlton’s “Kingdom of Graves.” Rakhar the Half-Orc is also a grave-digger who can use his shovel as a weapon when need be. A sorcerous plague and then zombie apocalypse takes place and a show-down with the culprit. Good story though I associate the word “orc” with J. R. R. Tolkien who created the term. Goes to show to show how words seep into popular culture.

Orcs show up again in “Lord of the Tattered Banner” by Kristopher Reisz. This time they are slaves to human working in mines, fighting in the arena, and proverbial cannon fodder in wars. A prophecy is spread of a champion who will free the orcs.

“Nicor” by Matthew Quinn has a shipload of Danish Vikings fighting a Nicor. Think of the fish-man that terrorized the ship on Jonny Quest.

J. S. Bangs’ “The Lion and the Thorn Tree” has an African setting and rifles. A recent widow takes on a ghost lion terrorizing the neighborhood. My big gripe is it is written in first person. I just really dislike first person narratives anymore.

There is an interior illustration for each story. I really did not like most of the black and white interior illos. I am persnickety about interior art. So, there you have it. I thought this volume was a little better than volume one. I give it around a 75 out of 100 rating considering I liked eight out of twelve stories. In one word I would label the book as good. The book features eight poems and twelve stories.