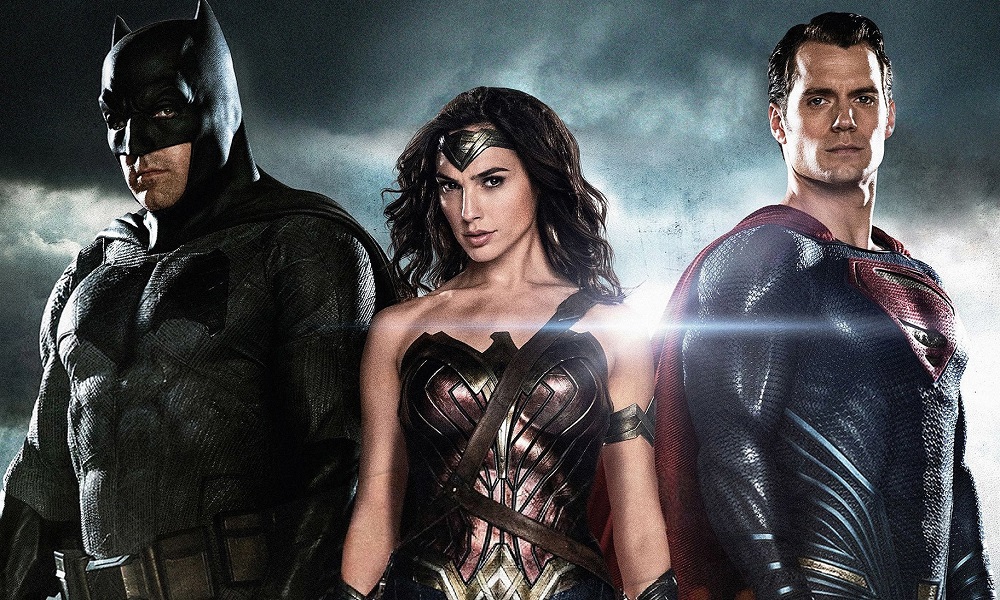 Tomorrow, Warner Bros. Releases Batman V Superman: Dawn of Justice, Ultimate edition on Blu-Ray/DVD Combo which not only comes with the original theatrical cut of the movie but also the much talked about, extended, R-rated version which adds an additional 30 minutes to the film. So, how do you add 30 minutes to a film that was already 30 minutes too long? That was the primary question I asked myself going into the extended edition. I won’t go through a full blown review as our own Rob Vaux covered that upon the initial theatrical release. Instead, I will concentrate on the additional scenes and what they bring to the film’s overall narrative.

The most drastic changes and the ones that work the best involve the entire Nairobi Civil war plot. First of all we get a cameo of Jimmy Olsen playing Lois Lane’s replacement photographer who is in reality working for the CIA. After he is killed and Lois is taken below ground to meet with “The General”, Anatoli Knyazev a.k.a. The KGBeast and his cohorts slaughter the General’s soldiers in far more graphic style than in the original. Most importantly, they pile up the bodies and set them ablaze. This all plays into the storyline that it was Superman, using his heat vision, to kill the soldiers.

The extended addition restores the full character of Kahina Ziri, whose family was killed in Nairobi for which she blames Superman. This was the key that set in motion many of the events that followed and definitely should have been in the original cut. All of this eventually plays into the public beginning to turn on Superman and is solidified with the bombing at the Congressional hearings. Later, when Ziri knows her life is in danger she goes to Senator Finch’s office to reveal that Lex Luthor had threatened her life unless she said exactly what he wanted her to say initially. 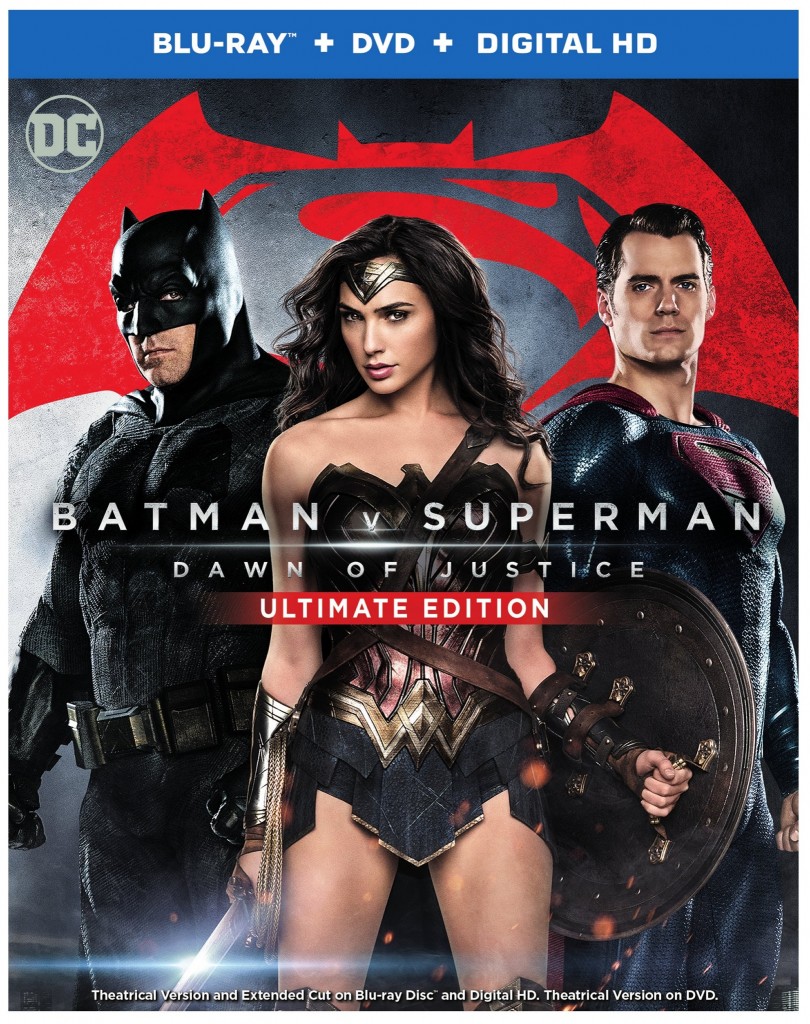 While ordered to cover a college football game between Gotham and Metropolis, Clark instead heads to Gotham to seek out Ziri at her last known address. He doesn’t find her but he is warned to leave before nightfall unless he runs into “him” a warning about Batman. Now this is something that still sticks in my craw…Later in the film Alfred (Jeremy Irons) mentions to Bruce Wayne that he has been fighting criminals for 20 years. It has been two years since the events in Man of Steel…and yet, somehow Superman seems to have never heard of Batman?

There’s a good deal more of Lois’ investigation into the high-tech bullet she recovered in Nairobi and makes this much more substantial. Also expanded upon is the plot involving the criminal, Cesar Santos, whom Batman branded, his murder by a fellow inmate in prison, and Clark meeting Cesar’s widow outside the Gotham Police Department. This all serves to convince Clark that Batman is a murderer. These two storylines are what drive Batman and Superman to their eventual confrontation.

As the Ultimate addition rolls on, the additional scenes become just that…Just extra stuff that doesn’t change the overall tone of the story. In fact, a lot of it can be considered fluff and you can see why it was left out of the theatrical cut.

I’ll run down several…Bruce is seen showering and there’s a glimpse of Ben Affleck’s behind which is the definition of gratuitous but maybe they needed more to achieve the R-rating; The extended cut shows us that Bruce Wayne needs pills to sleep and get through his nightmares because you know…R-rating; Lois meets with a lab technician who researched the “magic bullet” played by Jena Malone in a cameo; John Stewart has a cameo on TV in the background; A scene of Alfred chopping wood, which was great if you are a particular fan of Jeremy Irons; There is a weird little romantic crazy moment between Lex and Mercy when they successfully recover and open the crate with the large chunk of Kryptonite; and many more. But in asking the question of what scenes should he add to the Ultimate Edition Director Zack Snyder never asked himself WHY they should be added.

The warehouse fight between Batman and the KGBeast and his mercenaries was beefed up to make it grittier and more violent and the funeral sequence in Smallville revealed that Bruce Wayne paid for Clark’s funeral and those were both enjoyable. Also, in a short but key scene, Superman is seen carrying out survivors of the bombing instead of just flying away which made him look like a complete jerk originally. Perhaps the most talked about addition was that of Lex communicating with Steppenwolf, the henchman of Darkseid, before he is hauled off to jail. 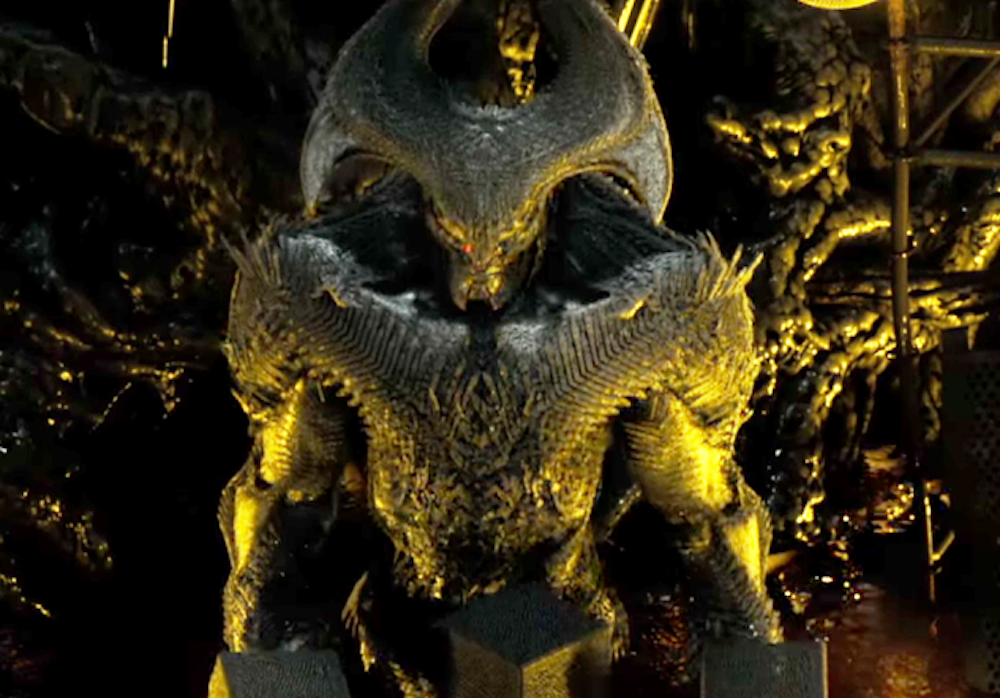 The additional scenes, however, cannot make up for the film’s weaknesses. Doomsday was a complete waste. His arrival in the Ultimate addition doesn’t come until 2:20:00 in and he’s dead at the 2:40:00 mark. Thirty minutes of extra footage cannot erase the fact that Doomsday was tossed in as a cheap plot contrivance in order to give Superman, Batman, and Wonder Woman a foe to unify against. This is the monster that killed Superman in the comics, one of the biggest events in comic book history and he was essentially an afterthought. Jesse Eisenberg is still awful as Lex Luthor. As Lex Luthor he would make a great Joker. Hell, why didn’t they think of that? His slight frame, his features…he would have been perfect as Batman’s nemesis.

The cameos of the other Justice Leaguers were pointless and completely out of context. We get it. There’s going to be a Justice League movie and that is awesome. Include it as an after-the-credits scene Easter egg but wedging them in here just doesn’t work. I won’t even get into the whole ordeal of Bruce and Clark’s mothers having the same name. Who cares! But why in the heck would Superman say “They’re going to kill MARTHA!” Who calls their mom by their first name? Couldn’t he have just said, “Hey, Lex is going to kill my mom if I don’t kill you”? Batman isn’t such a douche that he would let that happen and that whole messy fight could have been avoided.

So here is the bottom line…The Ultimate Edition clears some things up and gives more meat to a couple of the plotlines that were threadbare in the original cut and that is a good thing. It includes a lot of other scenes that, while fun, do not add anything to the narrative. What was good about Batman V Superman: Dawn of Justice is still good. The action scenes are fantastic; Affleck and Gal Gadot as Wonder Woman were far better than fans could have hoped for. The film still lacks overall cohesiveness and is now all over the map (just a bit less so) for three hours instead of just two and a half. It does move the needle in a positive direction but only slightly.

SPECIAL FEATURES
• Uniting the World’s Finest
• Gods and Men: A Meeting of Giants
• The Warrior, The Myth, The Wonder
• Accelerating Design: The New Batmobile
• Superman: Complexity & Truth
• Batman: Austerity & Rage
• Wonder Woman: Grace & Power
• Batcave: Legacy of the Lair
• The Might and the Power of a Punch
• The Empire of Luthor
• Save the Bats