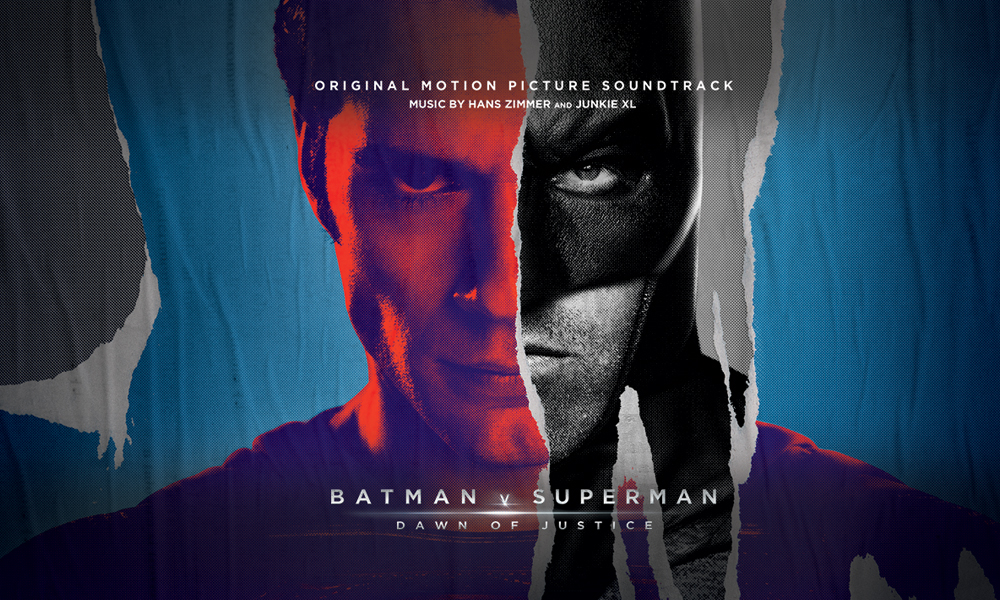 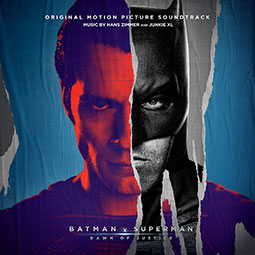 Composer Hans Zimmer is as much a part of the DC Comics Cinematic Universe as John Williams and Danny Elfman. His work on The Dark Knight Trilogy is phenomenal. His Man of Steel score is a unique and powerful undertaking, especially considering what it has to stand next to (John Williams). Hints of that music carry over into his Batman v Superman: Dawn Of Justice score. Thankfully, he brought on Junkie XL (aka Tom Holkenborg) to really mix things up.

I tackled this score just a few short days before the film was screened to the press. As I mentioned before, Zimmer’s Man of Steel score is what he calls upon for his more human moments with Superman (Henry Cavill). That score alone is incredible, but to hear it interwoven among these new tracks, makes this film truly feel like a sequel.

What I listened to before, watching the film, lacked a definitive theme for Batman (Ben Affleck). Granted, a track that would read “The Dark Knight” or “The Bat of Gotham” might have been too obvious, but I wanted to hear the fight between these two play out in the score. I had a moment of realization that perhaps this was on purpose, to put us in Superman’s corner. What I know, and still feel, is that this score can stand on its own without director Zack Snyder’s pictures.

“The Red Capes Are Coming” (track #3) plays out like a great tragedy of the theatre. Our villain reveals his plan and the score unravels in heavy percussions and a hive of violins (the last 30 seconds). This is when Lex Luthor (Jesse Eisenberg) has Senator Finch (Holly Hunter) right where he wants her.

“Day of the Dead” (track #4) is more of that Man of Steel theme, only played here with somber tones as Superman rescues a girl from a burning building. It is a moment of reflection for Superman as he witnesses the power he has over humanity and how he is perceived.

“Must There be a Superman” (track #5) is completely Junkie XL. It burns with a hot intensity that I haven’t heard since Mad Max: Fury Road (see review). The question is asked, but the nightmare is very real for Batman. The blending of these two composers for this film really is an incredible pairing. Junkie XL keeps the wheels turning and intensifies this score even more.

By far, the longest track (#13) on the 2 disc set is “Men are Still Good (The Batman Suite)” coming in at 14:04. It really does encompass the entire film. We have the Man of Steel theme, Luthor’s insane scheming strings, and the lone trumpet, which accompanies Batman’s presence on screen. It has the same beats as Ennio Morricone’s lone harmonica in The Good, the Bad, and the Ugly. Fitting for a film which is essentially a build up to a big showdown.

So what about Wonder Woman’s music? “Is She With You?” (track #11) is a kick-ass battle theme that is supplied with awesome guitars and pounding drums. It may be the best combination of Zimmer and Junkie XL on the entire score. It’s as if the real predator has just come into the fight and the music is enough to make you go, “let’s get out of here”.  A composer has yet to be announced for the upcoming Wonder Woman film. It will be interesting to hear what another composer adds to Hans Zimmer’s DC Comics Cinematic Universe. Better yet, it will be incredible to have Zimmer and Junkie XL take tracks like “Is She With You” and use only instruments from the era in which Wonder Woman takes place, the early 1900’s. That is something we will just have to wait and listen for.

Regardless of your feelings on the film, Batman v Superman, I highly recommend this score. Junkie XL is a great edition into the world of motion picture scores. Mad Max: Fury Road is one of my new favorite scores and, for even more superhero action, I recommend his Deadpool soundtrack (see review). Pairing him with Zimmer was a stroke of genius. Hans Zimmer is a living legend and has been defining the motion picture score for a whole new era of film. You want and need this score.

Listen to the score here on WaterTower Music’s YouTube Page:

3. The Red Capes Are Coming

5. Must There Be A Superman?

17. They Were Hunters (Bonus Track)