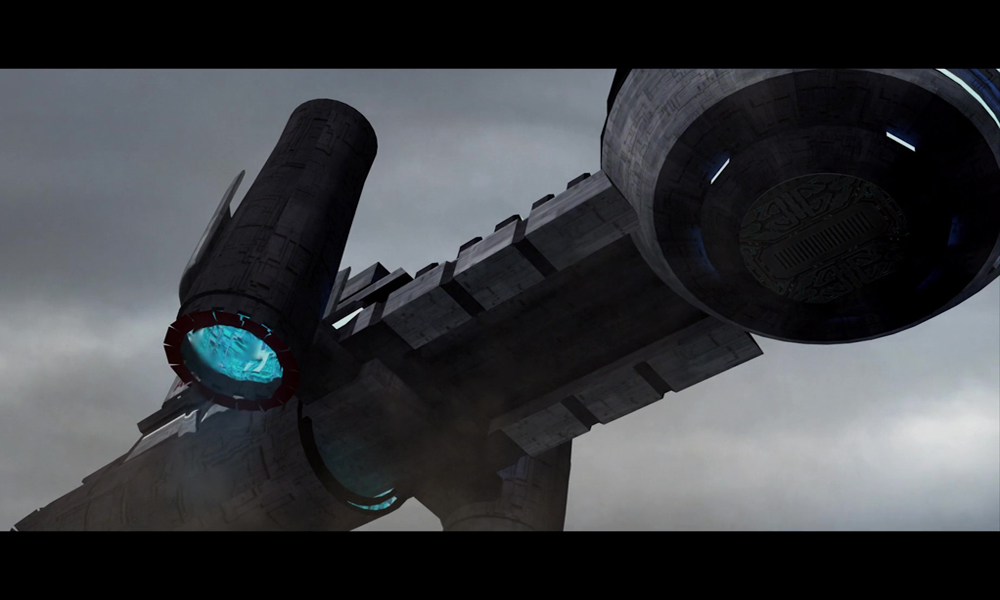 Some movies are just so charming and likable in concept you can’t help but look beyond their imperfections. Astro is a clear labor of love with a sincerity and simplicity that’s infectious. The touch-and-go special effects only add to the sensibility of someone trying their hardest to tell a story they believed in. It’s not effective science fiction exactly and it’s a touch more than laughable at times, but everyone is so on board with the mad vision unfolding on screen the smiles just keep surfacing.

There’s no guile here and the themes are so completely polarized it’s like listening to a fable about right and wrong behavior, about faith and loyalty. The sci-fi aspects themselves go so under exposited they might as well be magic. It’s kind of refreshing when someone offhandedly refers to their ‘robonauts’ and doesn’t feel the need to explain these in detail. The audience can just fill in the gaps for themselves, and there’s nothing too ambiguous to worry about. When there’s mysteries in the main storyline we get flashbacks to explain them. Good and bad guys basically state their intentions and moral stances out loud so we don’t get confused about who to cheer and who to boo. How do those weird crystals work? Who knows? It’s alien technology and nothing further need be said. From the beginning of the film you feel like you might have skipped a few entries in a series given how many references are made to characters, organizations, and conspiracies, but before the credits roll EVERYTHING has been explained except for the things which frankly makes no sense anyways.

It’s a very utilitarian film in that regard. So far, so standard as far as bargain science fiction goes. What pushes Astro slightly above a quickie DVD cash grab is the level of care that went into its composition. Acting is very decent across the board and everyone is completely committed to selling every second on screen. The silliest lines take on a certain gravitas when stated by someone who genuinely wants the audience to buy that they believe what they are saying and have great emotion in their voices when they state it. Even characters who aren’t saying anything are still acting the heck out of the sequences they inhabit, grimacing meaningfully and nodding in the affirmative with conviction. The director must’ve inspired a lot of loyalty in the cast or convinced them fully about this story being told. It goes a long way to convince the watcher to invest themselves into the suspension of disbelief…even if by the close that suspension has become severely strained.

Someone cared deeply, and that care communicated to every aspect of production. There’s some fine and evocative cinematography on display, some creative (if not completely credible) special effects, and yes there is a sequel hook. It all concludes with a rock song and some dedications. This was a family affair even if not all of the family was related.

You can see Astro as a ridiculous poe-faced sci-fi yarn to watch with and riff with friends, but if you’re more generous you can also see a good-hearted and earnest flick with aspirations to greatness. In the past I’ve wondered if a production was a joke because everyone involved seemed to treat it that way, but Astro takes itself deadly serious (even though there is some humor mixed in) and that eases out the rougher patches with sheer dogged determination to entertain and to inspire. I left with a good feeling and if you can get beyond some of the jagged edges that comes with budget filmmaking you might as well.