Are Hollywood movies really getting stupider? 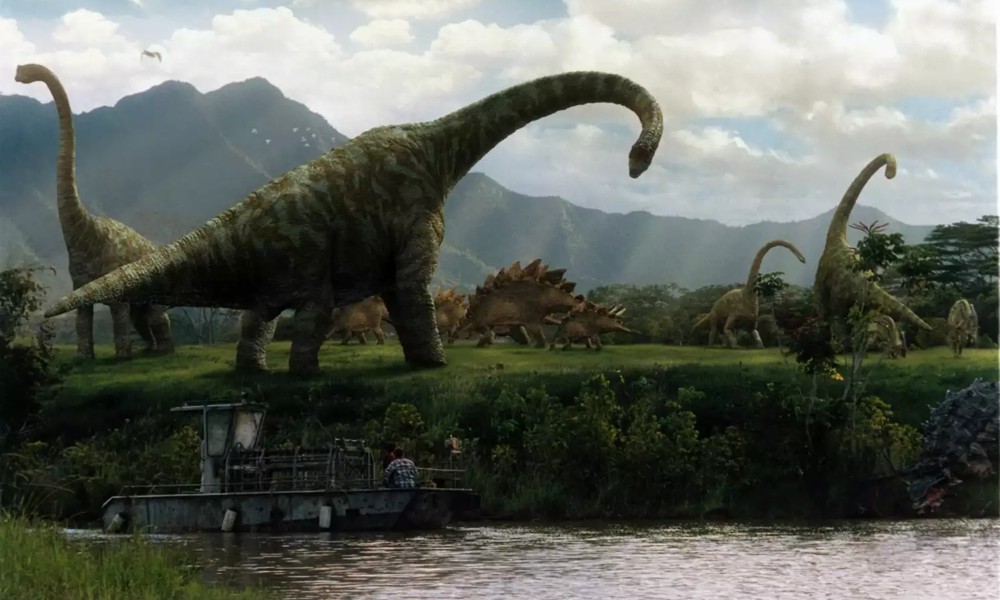 Sci-Fi Movie Page editor James O’Ehley certainly believes so and it all began with Jurassic Park he argues . . .

Jurassic Park is, well, the culmination of Steven Spielberg’s talents. No, it’s not Schindler’s List or The Color Purple. And, I’m afraid to say, this statement is more derogatory than anything else.

As everybody knows, Steven Spielberg rose to prominence in the 1970s with Jaws, his second full-length feature to see the light on the big screen. What Jaws represented was the arrival of the summer blockbuster. Back in the cynical ‘Seventies when all movies seemed to have unhappy endings, Jaws seemed quite daring. Spielberg thought he was finished in Hollywood after the grueling over-budget shoot on Jaws. Besides, the film was expensive and not a clear-cut box office winner.

The truth is that, if we are honest for a moment, Jaws heralded the end of personal filmmaking. While the film contained some aspects of its director’s personality and background, Jaws was far less personal or meaningful than, let’s say, Annie Hall – the Woody Allen film that won the Oscar for best film in the year of Star Wars. No longer would it be fashionable (or profitable) to have three-dimensional characters or recognizable situations in films. No, audiences have acquired a taste for the outlandish. They wanted better, faster, more . . .

With Jurassic Park, Spielberg had gone full-circle: the film has more in common with Jaws than it does with any of his other efforts. Jurassic Park is a self-parodying Jaws. It shows us how far this particular genre of film has been downgraded. While Jaws gave us some funny and likeable characters we cared about, Jurassic Park gave us cardboard characters that served as little else than dino fodder.

Whereas Jaws has the now famous and chilling scene in which Robert Shaw tells Richard Dreyfuss and Roy Scheider about what happened when the Indianapolis went down, Jurassic Park doesn’t have time for such atmosphere building niceties. All we are told, through the mouth of Dr Malcolm, the character played by Jeff Goldblum is that Chaos Theory tells us that things will go wrong. No shit Sherlock! There wouldn’t be a movie if it didn’t . . .

Whereas Star Wars and ET were blessed with a kind of innocence, Jurassic Park is cynical. It even lets us in on the joke when the characters sit in a room filled with Jurassic Park merchandise (stuff like mugs and T-shirts with the now instantly recognizable logo on it). What we have here is a case of meta-marketing – not a story that Spielberg wanted to tell us. For that, we must go and see Schindler’s List or one of his earlier films like Close Encounters or ET.

Now you might say that Spielberg had little to work with. After all, the novel by Michael Crichton isn’t exactly known for its well-rounded characterization and original plot (it is rather a case of self-plagiarism since the Entertainment Park gone mad is a theme utilized in his much earlier Westworld novel). It offers its readers some research on dinosaurs and fashionable scientific theories instead of a strong story. Thrills instead of thought. But the Jaws novel by Peter Benchley was just as poor material to work from. Spielberg however transcended the material at hand and for once, the film was actually better than the book.

The Jurassic Park sequels that followed were even worse. Once again, audiences were expected to thrill like a six-year-old kid at the sight of T-Rexes chomping down on hapless humans. After all, we are being treated like six-year-olds by Hollywood . . .

The cycle of current empty-headed summer blockbusters didn’t start with Jaws: It began with Jurassic Park . . .

Note: The above is a heavily edited version of an article I wrote back in 1997. In anticipation of the upcoming Jurassic World, I’ve recently rewatched Jurassic Park and, well, time has been kind to the movie. It has actually gotten better – but probably only because movies have gotten a whole lot more rotten in the meantime. With the CGI overload of today’s movies, Jurassic Park with its reliance on real world special effects mixed with computer-generated effects seem almost quaint today. Take as example the trailer for the upcoming Jurassic World. In Spielberg’s 1993 movie, visitors to the park were driven around in remote-controlled Land Rovers running on tracks. In the upcoming reboot, park visitors glide around in a sci-fi glass bubble CGI thingy of the sort that you don’t get in real life. Take also the CGI overdosed scene of a shark being fed to a giant sea creature. And so on. The 1993 film almost seems like social realism compared to the reboot, another example of how movies resemble computer games more than ever before. When your 10-year-old daughter complains that a movie looks like a computer game, then you know you’re in trouble.