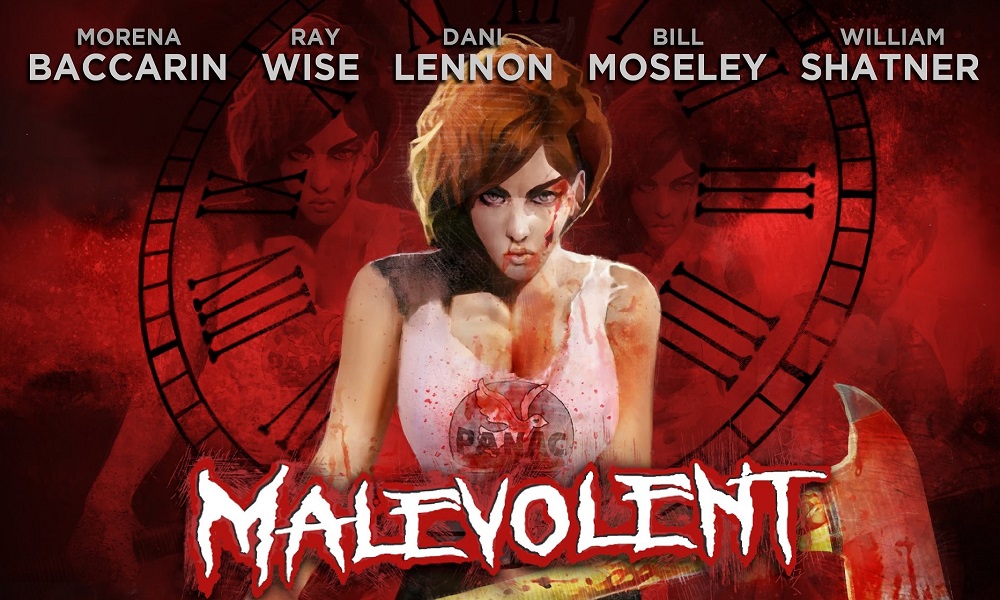 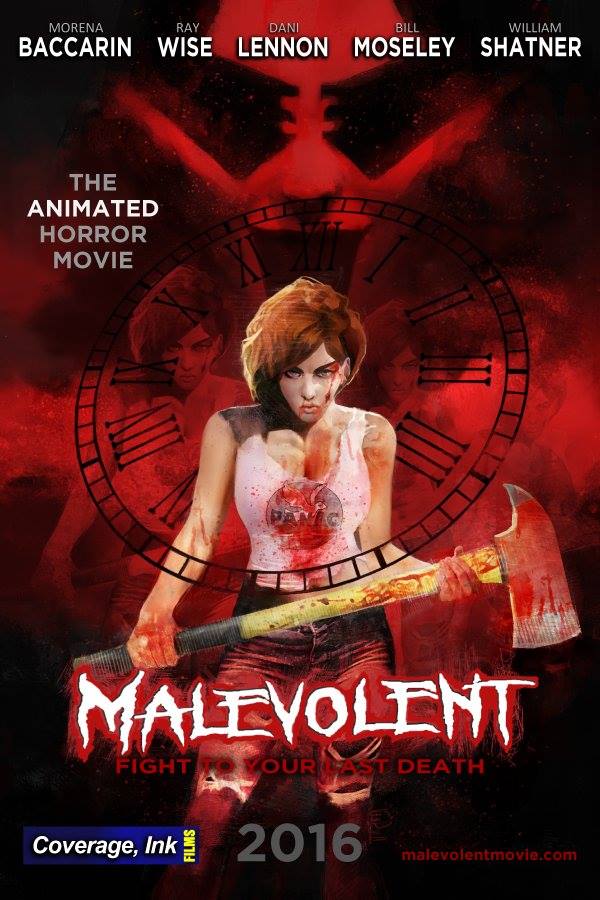 In MALEVOLENT, a young woman (Dani Lennon, FearNet/Machinima’s BITE ME) and her siblings are summoned by their dying industrialist father (Wise) ostensibly to discuss his will. But what he has in mind is far more sinister — if he’s going down, he’s taking everyone else out with him. The wrinkle — a race of interdimensional gamblers, led by Baccarin’s Gamemaster, wager on the outcome — and they have the ability to manipulate time to change the playing field as they see fit. Shatner’s “Overseer” calls the match. MALEVOLENT is a bloody genre-bender.

“We’re honored and excited to be working with such talented stars whose performances we’ve followed for years,” says executive producer and co-creator Tanya Klein. “We’re really looking forward to delivering a unique visual horror experience for fans of action, horror, graphic novels and cinephiles of all types. MALVEOLENT is our sick and twisted little baby; we want to nurture it and give it the best — and then unleash it into the world to create havoc.”

The unique plot and style drew the attention of iconic sci-fi/horror stars. “I’m the big cheese in this one,” says Wise, whose recent credits include AGENT CARTER and HOW I MET YOUR MOTHER. “I play the dying billionaire industrialist who has a family that he’s, well, not too fond of (laughs.)”

“What drew me to this project was how dark it was — this idea that we could be finger puppets, that somebody could be up there wreaking chaos on our lives,” says Baccarin, currently starring in #1 movie in the US – DEADPOOL. “I’m really looking forward to MALEVOLENT,” adds Wise. “I think it’s going to be groundbreaking.”

Producers of the animated horror thriller MALEVOLENT have launched an IndieGogo campaign. The goal is to reach $45K for finishing funds which will allow Coverage Ink Films to hire the animation resources, sound designer and composer necessary to deliver the film in 2016. The film employs a team of 25 artists, colorists and animators around the world.

MALEVOLENT is directed by Jason Axinn (STARPOCALYPSE) and produced by Cindi Rice (XOMBIE, DRAGONS OF AUTUMN TWILIGHT, KNIGHTS OF BLOODSTEEL) and Paige Barnett (BITE ME, THE CONTINUUM, INTERNS.)
MALEVOLENT is anticipated for completion late 2016.

Check out the CrowdFund trailer:

And you can check out the teaser trailer below!