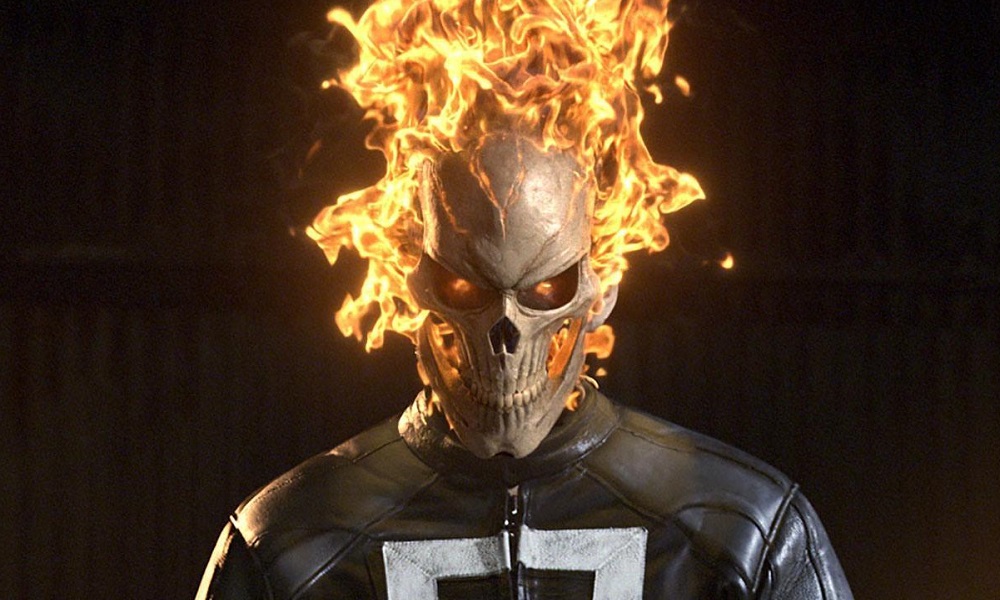 Episode Title: “The Ghost”
Starring: Clark Gregg, Ming-Na Wen, Chloe Bennet, Iain De Caestecker, Elizabeth Henstridge, Henry Simmons, Gabriel Luna
Directed by: Billy Gierhart
Network: ABC
Marvel’s Agents of S.H.I.E.L.D. returns for its fourth season wioth a brand new time slot, a major new character from the Marvel Universe, and a new darker, grittier tone. The move to the 10pm timeslot allows the show a little more latitude and it takes full advantage of this in the opening scene. Daisy/Quake, now a vigilante outlaw is on the trail of a group of white supremacists. However, before she can confront them, something else far more terrifying finds them, brutally killing all of them but one. And owing to the more violent tone the deaths are bloodier than we’ve seen before. 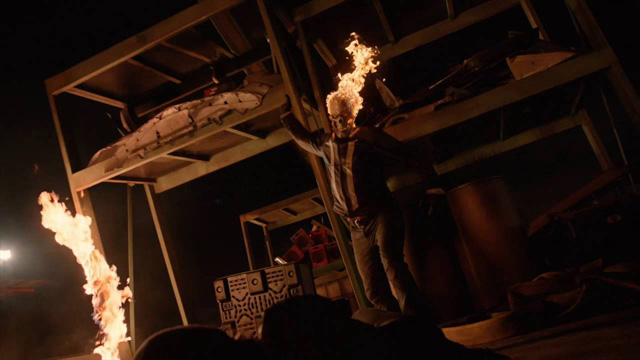 Agent May tips off Coulson and Mack about Daisy’s whereabouts against the orders of the new Director. They track her down to find she is after a mysterious case that was being delivered to members of an Asian organized crime gang. The case is opened revealing a ghostly entity that causes the gangsters to run on each other. Meanwhile Daisy hears urban tales from residents in L.A. about the mysterious Ghost Rider who preys on criminals. Her investigation leads her to a junkyard and Robbie Reyes (Gabriel Luna). Reyes, in frankly one of the series’ best scenes ever, reveals himself as Ghost Rider in a big budget quality transformation into his familiar, flaming skull visage. And kudos to the showrunners for at least capturing the classic look of the Johnny Blaze Ghost Rider and not the skull helmet look of Robbie Reyes from the comics. The two do battle with Ghost Rider gaining the upper hand.

Simmons, now the head of one of the S.H.I.E.L.D. teams discovers that May tipped off Coulson and orders her team to bring Coulson and Mack in. This was a key scene as Simmons gets to show an authoritative edge that her character has not had previously. Meanwhile, Leo Fitz meets Holden (John Hannah) who shows him Aida, the Life Model Decoy he created to help S.H.I.E.L.D. Fitz agrees to help Holden perfect the LMD while keeping its existence a secret from Simmons. Daisy later sees Reyes assisting his brother, who is confined to a wheel chair, and decides not to pursue him further. 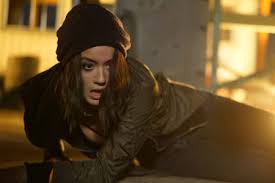 I was fully prepared to hate how they handled Ghost Rider. I don’t like the fact that they opted to use Reyes as opposed to the Johnny Blaze or even Danny Ketch versions of the character who have both been around far longer in the comics. And I especially dislike that this version drives a 60s muscle car instead of the more iconic motorcycle. That said, the character was handled quite well. This isn’t some watered down, TV version of the character but a ruthless avenger who has no qualms about killing. It’s only hinted at but it’s obvious that the Ghost Rider is a separate entity when he transforms and tells Quake, “I’m not the one who decides” when talking about who he decides to kill. Truly chilling!

It appears from the first episode that this season will delve more into the supernatural elements of the Marvel Universe as the series helps lead into the Doctor Strange film. This is definitely a major change in direction from the battles with Hydra and the Inhumans. I would love to see the series tapered down from the kind of global threats they’ve faced to smaller scale antagonists pulled from the comics. There is so much material out there waiting to be utilized which would be perfect for the small screen.

While I certainly had my apprehensions about season four, “The Ghost” got the new year off to a great start!