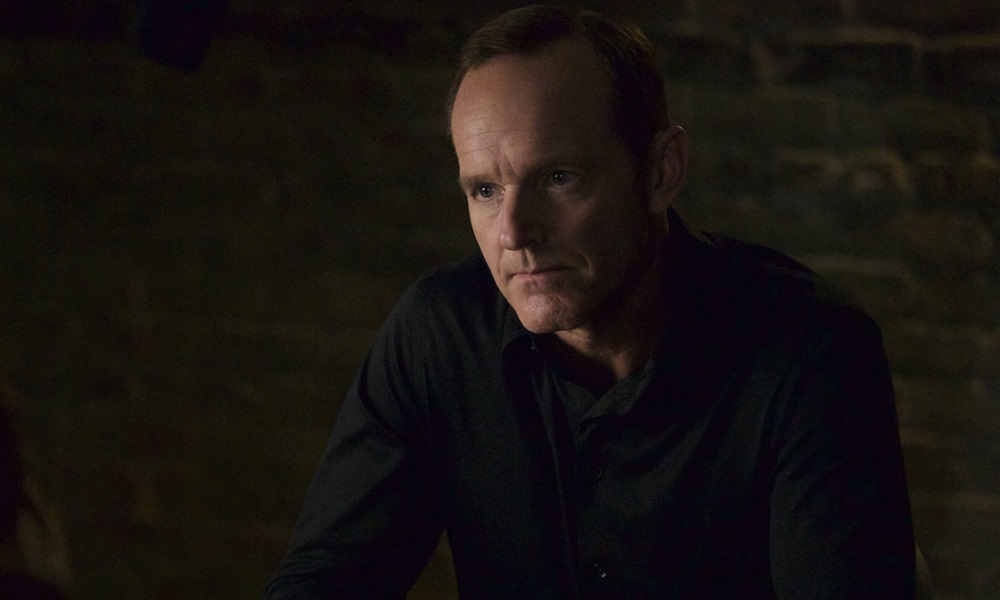 It’s not that I necessarily want to see Grant Ward get killed…he has been the show’s best villain so far in the two plus seasons…but I am saying that this should be resolved with his death or Coulson’s and I don’t think Coulson is dying again. 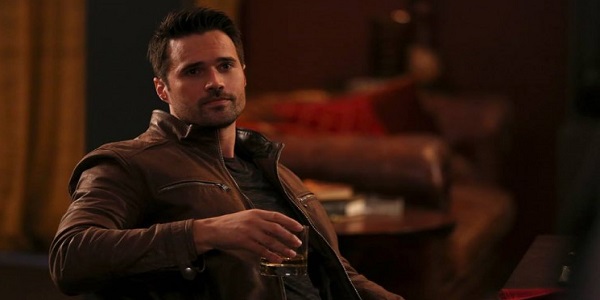 While last night’s episode was titled “Closure” we certainly did not get any heading into the mid-season finale. If you turned into the show too late you missed one of the biggest gut punches in the show’s history. As Coulson and Rosalind sit down for dinner in her home, Ros is assassinated by Ward with a bullet through the throat. No dramatic last words, just a quick gurgle and then death. In true villainous fashion, Ward calls Coulson to gloat just as a team of Hydra agents storm the scene intent on killing Coulson as well.

He escapes with Mack’s help and silently walks to his off with the rest of the S.H.I.E.L.D. agents giving him a wide birth. And it’s on! Coulson is no longer playing games. No longer the wise-cracking, father like agent we’ve seen in the films and the series. Coulson wants Ward dead, and this is all about revenge, make no bones about it.

But as Coulson makes plans to go after War, Malick sends a team of Hydra agents, accompanied by the telekinetic Inhuman Giyera, to kidnap Fitz and Simmons. Giyera uses his powers to Kill Rosalind’s second in command, Banks. Malick has Simmons tortured while Ward torments a restrained Fitz to get their knowledge about the portal and the alien world.

Coulson hits back at Ward by kidnapping his younger brother, the only person that Ward still cares about, using him as a bargaining chip. Meanwhile, Mack assembles what could be our first look at a Secret Warriors team of Daisy, Lincoln, and Joey Gutierrez to aid Coulson. But before they can arrive, Ward leads a team through the portal along with Fitz to try and locate the first Inhuman who was banished long ago. Just before the portal closes, Coulson makes an impossible sky jump from an airplane and into the portal.

As much as Ward brings to the series, he has to go. He’s killed Ros, tried to kill Fitz, Simmons, May, and Bobbi. A capture and imprisonment will come as a cop out now. It’s been made too personal for that. But gosh I would really miss Ward. He is the best villain on any comic book inspired TV show, surpassing even Deathstroke on Arrow.

I am hoping that whomever this first Inhuman is that it is a big payoff for comic book fans. The buildup has been too much to be some new character created solely for the TV series. I doubt we will get much closure next week since these mid-season finales almost always end in a cliffhanger but hopefully the character will be revealed.

“Closure” was emotionally powerful but also furthered the story which I have lamented was being dragged out for too long. I only hope next week’s episode delivers the goods.