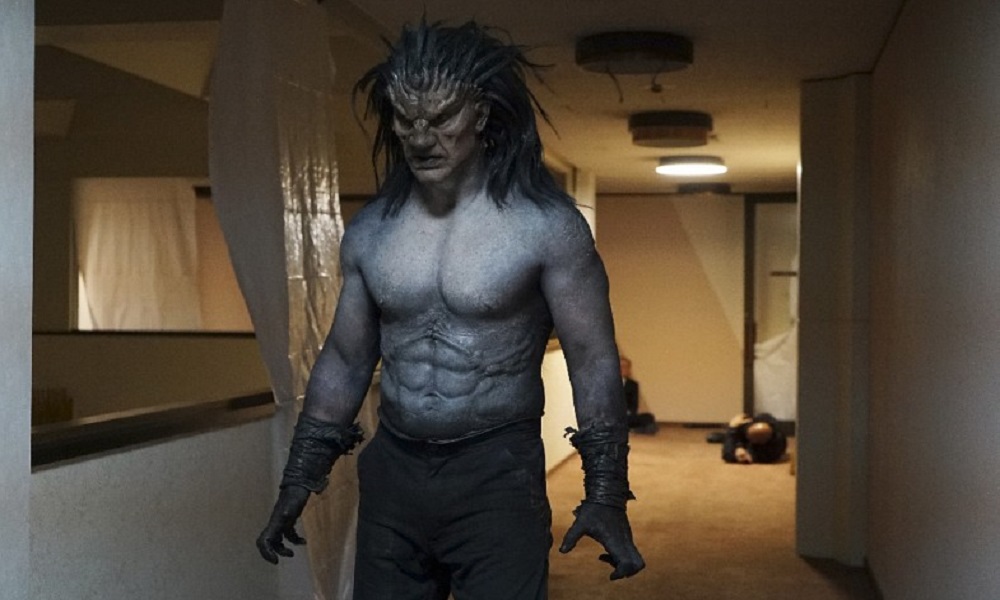 Last week, a dying Werner Von Strucker revealed that Andrew Garner was the monstrous Inhuman, Lash who has been hunting and killing other Inhumans. May discovers that Andrew (her ex-husband) is off evaluating the progress of Joey Gutierrez, the new Inhuman season in the first episode of the season. May confronts Andrew over his Inhuman identity. He reveals that he came into possession of a book that was owned by Daisy’s mother. The book was a register of other Inhumans. The book was booby trapped with the Terrigen mist, exposing him and turning him into Lash. This was what caused Andrew to end his marriage with May. He then began hunting down Inhumans that he deemed unworthy.

Coulson, Daisy, Mack, Lincoln, Rosalind Price and several agents of ATCU track Andrew and May down. Andrew transforms, fighting and defeating Lincoln. He kills some of the ATCU agents and nearly kills Price by tossing her off a building. Daisy uses her powers to catch Price, lowering her safely to the ground. When Lash transforms back to Andrew to avoid attacking May, she shoots him. He falls back into a S.H.I.E.L.D. containment unit, transforming back into Lash but unable to escape. May agrees to let the ATCU to put him into stasis until a cure can be found.

In other happenings, Fitz thinks he’s discovered a way to reopen the portal to the alien world where Simmons was trapped although he is conflicted over his feelings for Simmons and her feelings for the stranded NASA astronaut Will Daniels. After spending the night with Coulson we learn that Rosalind is secretly working with Gideon Malick (Powers Boothe).

This week’s Agents of S.H.I.E.L.D. continues the recent trend of decent but ultimately forgettable episodes of the season. The series is lacking the driving focus that it had last year as they were discovering the Inhumans and searching for their mysterious city. Thus far, seven episodes into season 3 there isn’t an overall goal that is driving things. This is being made all the more clear in the declining ratings. The last three episodes have all been rated lower than ALL but one episode from Season 2 and every episode from the first season. Simply put, this show needs to star delivering more, and quickly. If that means more tie-ins with the Marvel cinematic universe then so be it.

The third season has lacked that big feeling and star power. While I am sure that Marvel/ABC doesn’t want to rely on the gimmick, those reminders that it is part of the bigger Marvel Universe were always welcome. It comes as little surprise that Price is mixed up with Malick and Hydra. But the S.H.I.E.L.D. vs. Hydra plot is growing tiresome.