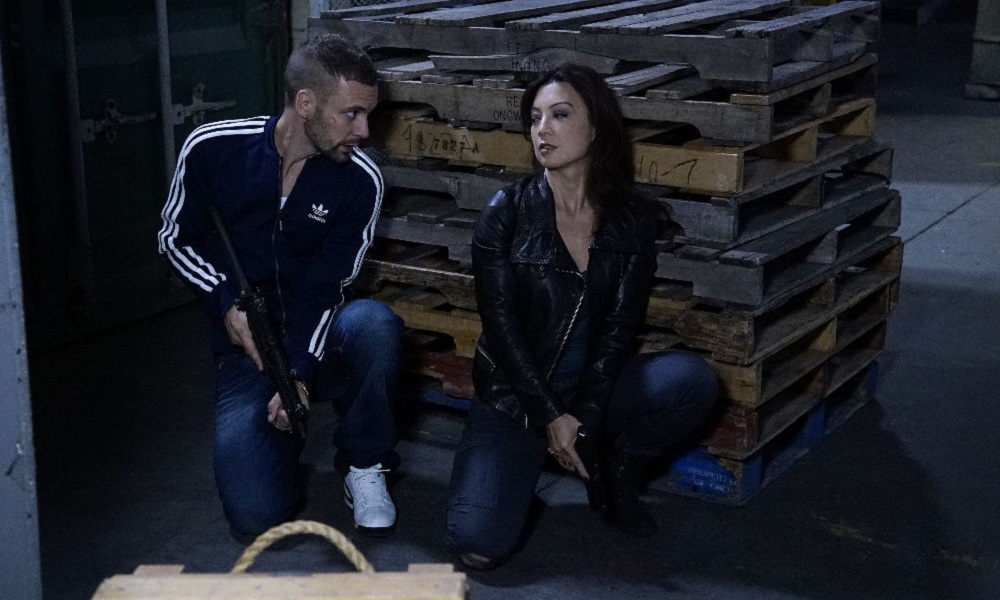 After a somewhat lackluster episode last week, Agents of S.H.I.E.L.D. stormed back with a powerful episode which was loaded with action but also the deaths of two characters that the team failed to protect. And yes that means you are getting another spoiler warning so if you haven’t watched yet you might want to skip the rest of the review.

Daisy and Mack are trying to track down a pair of Inhumans to bring them into the fold. They are aided by Alisha, the Inhuman with the ability to create duplicates of herself whom we met in Season 2. However before they can get to them, the monstrous Lash attacks, killing the pair as well as Alisha’s duplicate while her true form is aboard the S.H.I.E.L.D. plane. They eventually are led to a man named Dwight Frye, who is adversely affected by the presence of other Inhumans. Lash has been using his ability as a means of tracking down and killing the other Inhumans. Frye is taken into custody by the ATCU with Daisy and Mack going along to see their facility. Lash attacks the truck, killing Frye but interestingly, not harming Daisy. As he walks away, Daisy see his shadow transform into an ordinary human.

Hunter and May have successfully infiltrated the new, upstart Hydra led by Ward. He finally proves himself and is afforded a chance to “meet” Ward. As soon as the two see each other, gunfire breaks out. May arrives to assist, eventually forcing Ward and his henchman Kebo to retreat. Hunter pins him down but Ward as an ace up his sleeve…He gives May his phone which shows her estranged husband Andrew Garner surrounded by three Hydra agents including the young Werner Von Strucker. While May backs off, Hunter is so hell bent on revenge for Ward nearly killing Bobbi that he goes after Ward anyway, wounding him before he can get away. We cut away to see a pool of blood and someone’s legs as Von Strucker runs out of the building just as it explodes.

The obvious assumption is that Garner was killed but was he? We never saw the face on the body. And when Von Strucker runs out of the building he is by himself and there’s no sign of the other two Hydra Agents. Is this a swerve? Is Von Strucker perhaps secretly working with S.H.I.E.L.D? Dead or alive, we are headed towards an explosive confrontation between May and Hunter. Hunter is definitely portrayed as a man out of control and it will be interesting to see how Coulson addresses the situation. I am bothered by the question as to why Hunter and May’s backup was so far away.

I am beginning to wonder if Lash isn’t working with the ATCU. His ability to transform into a human teases that possibility as well as the fact that he didn’t harm Daisy. Speaking of Daisy, her character has progressed to the point to where she is the take charge, point person on missions; quite a change from where she was just last season.

Simmons still wants to return to the alien planet and it looks like we are going to learn a lot about what happened to her next week. This was a much better episode than last week’s although I am still think Hunter’s infiltration of Hyrda was far too easy.