31 Days of Horror: Near Dark 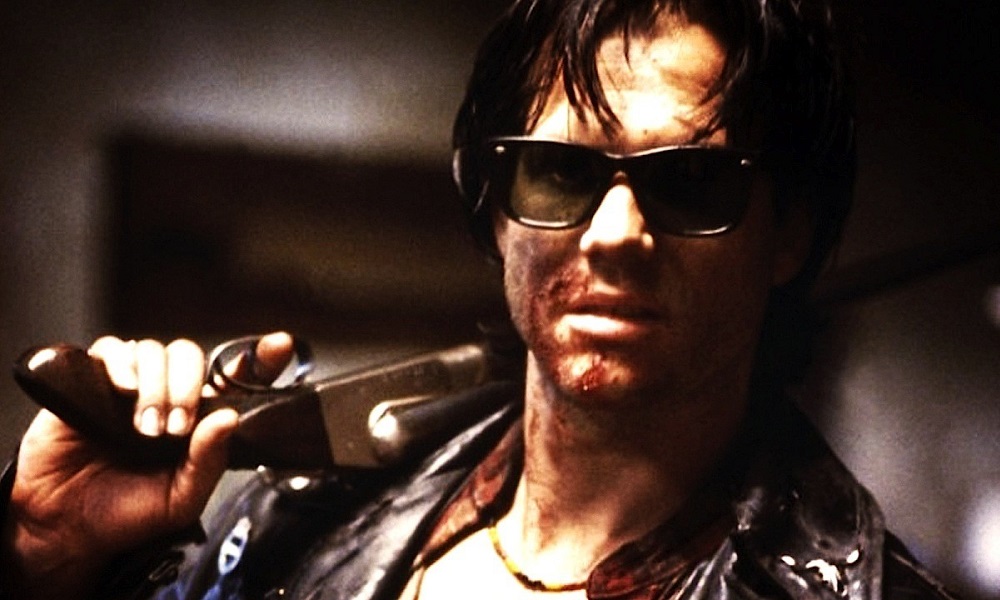 Even before she became the first woman to win the Best Director Oscar, Kathryn Bigelow was something of a secret pleasure among film fans. Her movies rarely make waves at the box office, even her Best Picture winner, The Hurt Locker, and she often spends years between projects. Yet few artists embrace the potential of pop culture as brazenly as she does, and few directors understand the unique properties of filmmaking so profoundly. Her films are explosions of color and action, kinetic roller coasters made with the passion of a true auteur. They serve not to titillate or amuse, but to find the genuine beauty within her subjects — to show us that yes, even Patrick Swayze flicks might have something interesting to say. To get an idea of what she’s capable of, take a look at her brilliant Near Dark: in my mind still the best vampire movie ever made.

Bigelow has a fascination for genre, which probably explains why her films are so steeped in pulp sensibilities. She revels in the plasticity of stereotypes, pulling them in unexpected directions to create fresh takes on old chestnuts. Near Dark uses vampires as its starting point, but completely dispenses with their standard trappings. Gone are the gothic locales, the opulent decadence, even the postmodern angst of Anne Rice’s ilk. Gone are the bats and the wolves and the moonlight on the moors. (We’re not even going to get into Twilight.) Bigelow and co-writer Eric Red distill the undead down to their purest essence, retaining their strength, their vulnerability to sunlight, and their thirst for blood. They then rebuild that bare-bones framework into a sort of neo-noir western, featuring a nomadic clan of inhuman serial killers who prowl the back roads of Kansas and Oklahoma in search of blood. Their coffins are don’t-ask hotel rooms, their castle a Winnebago with blacked-out windows. Led by the dead-eyed Jesse (Lance Henriksen), they seek out lonely bars and isolated farmhouses in search of new victims, taking anarchic glee in the horror they inflict.

We’re brought into their world slowly, through the eyes of a young farm boy (Adrian Pasdar) abducted and turned against his will. His resistance to their ghoulish lifestyle forms the basis for the story… and the foundation for Bigelow’s keen sense of vision. She uses night-for-night shooting to breathtaking effect, placing pools of streetlights against the pitch-black rural sky. The vampires slink out of the darkness, their forms at once sickly and luminescent; their world is one long endless road, manifest destiny taken to its self-destructive extreme. Near Dark puts a uniquely American spin on the concept of immortality, turning these inhuman creatures into the ultimate outlaws. The horror elements strike a tone of overarching dread, disdaining straight shocks in favor of more insidious chills. Which isn’t to say the film is slow. On the contrary, Bigelow’s kinetic imagery makes for some thrilling set pieces… topped by a spectacular shoot-out in which shafts of sunlight come streaming through the bullet holes in a surrounded bungalow.

Near Dark does stumble a bit on the nuances of plot. Plausibility grows a little strained at times, and you can sense the film laboring to cover the holes. The notion of a cure for vampirism, for example, could have been handled better, and the sunrise comes awfully quickly. There are moments you wonder how this gang could last a week, never mind hundreds of years. But all of that is easily overlooked in the face of the sheer creativity on display. There isn’t a movie out there that feels quite like Near Dark; it seems to personify its subject matter even as it transcends it. Those of us who know Bigelow’s work have come to expect such magic tricks from her. Even when she struggles, her movies are often visionary, rarely dull, and always cinematic. No one could mistake her for anything but a film director… nor could her work be transposed to any other form. Vampire film, western, and Gothic thriller yes, but most of all Near Dark is a movie for movie lovers: a demonstration of the singular beauty that only this medium can provide.

One thought on “31 Days of Horror: Near Dark”