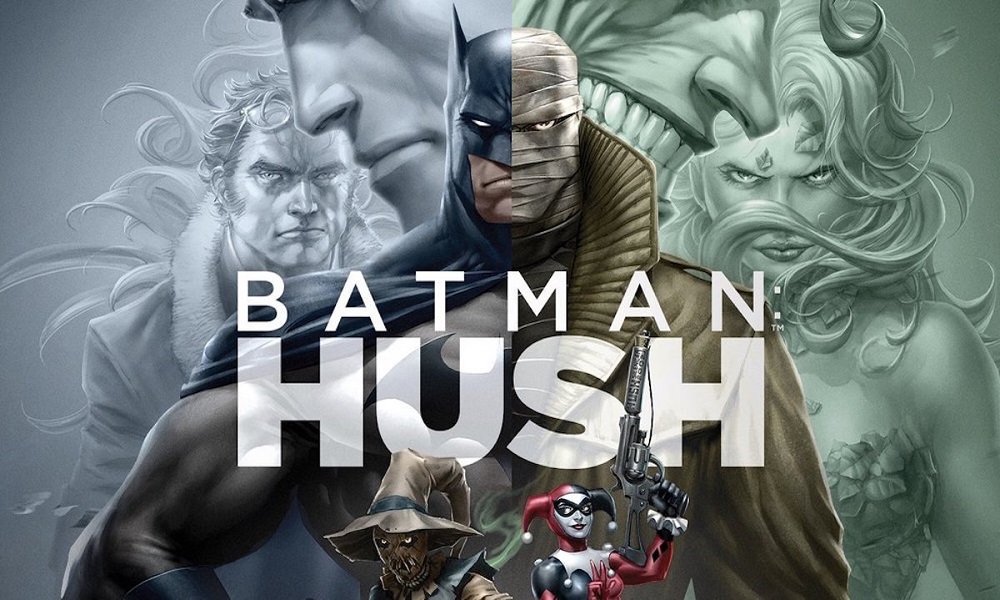 Batman: Hush is based upon the storyline originally presented in the Batman comic series issues #608 – 619, back in 2002/2003 and is one of the more pivotal story arcs in Batman over the last 20 years. The film is loaded with numerous heroes and villains although it is not nearly as many as in the comic art. When you’re adapting a story that ran for a full year you’ll obviously have to abridge some of the content. Batman goes after Bane who has kidnapped a young boy. While he is successfully in defeating Bane the ransom money is stolen by Catwoman. As Batman pursues her through the city a mysterious assailant shoots his grappling line, and Batman falls hard to the streets, seriously injured. 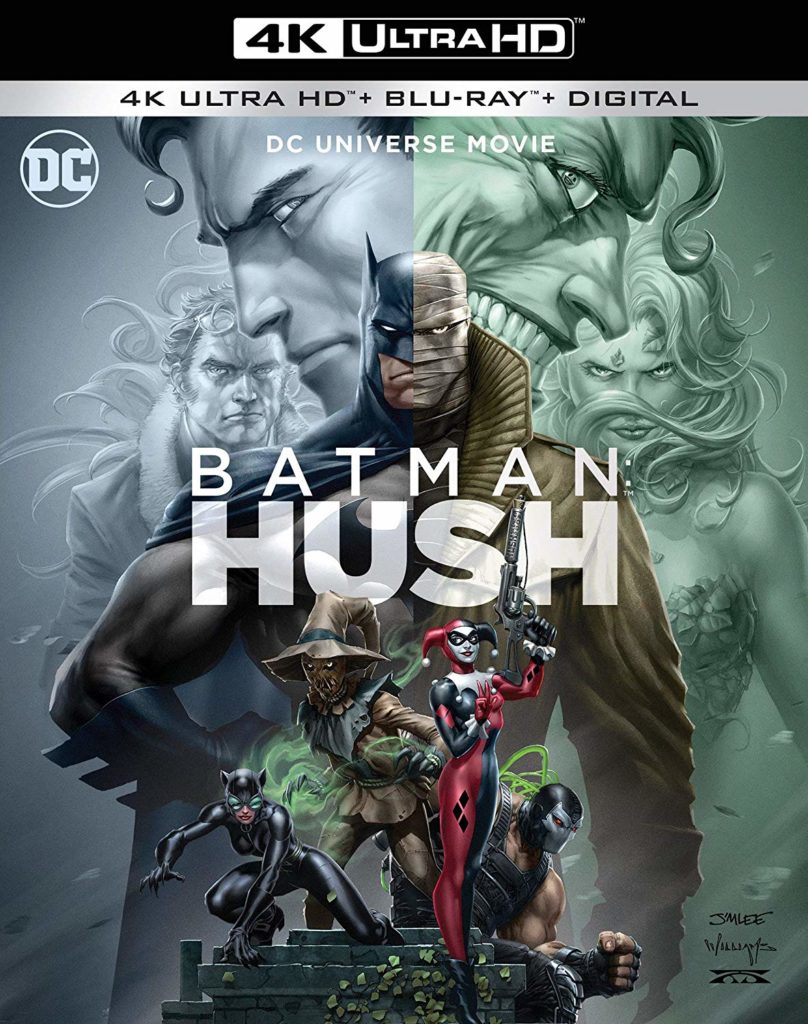 Batman discovers that Catwoman has fallen under the spell of Poison Ivy’s hypnotic kiss and she is not the only one. Batman soon has to face off against Superman who is also being controlled by Poison Ivy who commands the Man of Steel to kill Batman and Catwoman. Batman soon finds himself facing off against some of his most notorious enemies including Joker, Clayface, the Riddler and the Scarecrow. Yet behind all of them is a new villain, wrapped in bandages and calling himself Hush. The mystery man is one step ahead of Batman at every move. Batman and Catwoman team together to stop Hush but soon their tenuous partnership blooms into a full blown romance, complicating life for both.

Batman: Hush is a solid adaptation of the comic arc. Director Justin Copeland did cut down on the cast of guest appearances but does a splendid job of hitting the major points of the story arc without losing any of its potency. I do have to give them props for including Nightwing who battles the Scarecrow in a cemetery in one of the film’s best fights. In the comics it was Batman who fought Scarecrow but this was a great spot to give the former Robin a chance to shine. Unless you read the comics, the mystery behind Hush’s true identity will keep viewers guessing until the very final moments when it is revealed.

Hush is one of the more dark and violent DC animated films, keeping with the tone of the comics. At one point, Police Commissioner Gordon must actually pull his gun and warn Batman to stop beating the Joker before he kills him. There are a lot of fights in the film and you are definitely not short-changed in the action department. The relationship with Batman and Catwoman seemed a little too contrived, however.

Actor Jason O’ Mara who has voiced Batman/Bruce Wayne in just about every DC animated film since 2014 once again returns to the role and gives his usual, splendid performance. Actor Jerry O’ Connell also returns to voice Superman. Other returnees include Rebecca Romijn in her third go around as Lois Lane; Rainn Wilson once again voicing Lex Luthor; and Sean Maher returning to the role of Nightwing/Dick Grayson for the 6th time. The animation is about as good as 2D animation can get these days. The backgrounds are often static and a little boring but overall I was very happy with the look and tone.

Batman: Hush has to rank among the best of the DC animated films and the blu-ray set tops it off with several worthwhile extras.

DC Showcase Sgt. Rock (15:00) – The big news is that after being missing for several years on the DC animated Releases DC Showcase makes its triumphant return. The Showcase features animated shorts highlighting characters who typically are not seen in the main animated features. This time it is a tale from World War II featuring Sgt. Rock. When his entire platoon is wiped out in battle, Sgt. Rock is given a new group to lead…The Creature Commandos!

Batman: Love In Time of War (16:53) – This takes a look at the complicated relationship between Batman and Catwoman