10 THOUGHTS I HAD WHILE WATCHING KING ARTHUR: LEGEND OF THE SWORD 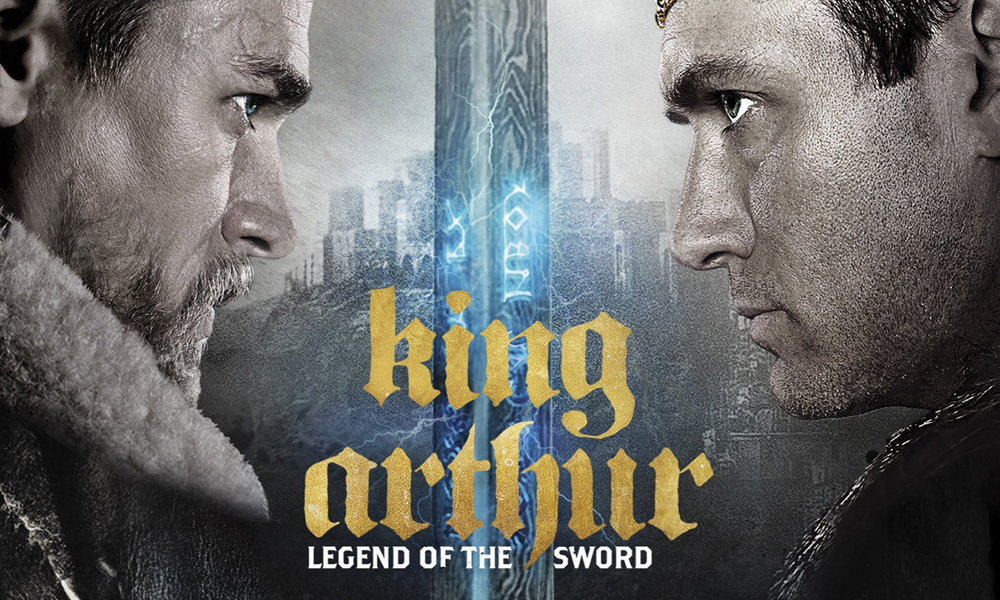 When Warner Bros. released the first trailer for King Arthur: Legend of the Sword I was all in because of its director, Guy Ritchie. His films are always enjoyable with their snappy dialogue and quick edits. It has been a while since anyone tackled the Arthurian Legend so this, at the very least, should be interesting. After the reviews started coming in May, that the film was not good, I kept my hard earned money and saved it for the next summer blockbuster. With its recent release on Blu-ray, DVD, and HD-Digital I thought it was time to see if the critics were right.

They were right. This movie stinks.

Complying with the general consensus about Ritchie’s latest endeavor is nothing new. My quick review of the film is that this was the first installment of a new franchise that failed to do one thing all failures of this nature do: not tell a compelling first act story. You simply feel nothing for Charlie Hunnam’s Arthur. Ritchie sets up plenty of compelling story tropes but fails to deliver on them. Instead, he moves on to the action and the next adventure before a moment of connection is established with our lead.   I kept waiting for anything to suck me in. Instead, I was left wondering about other films and better Arthurian tales. Here are my “10 Thoughts I Had While Watching King Arthur: Legend of the Sword”.

1. Are those Oliphaunts?
Initially, you are in awe of the spectacle that is happening on-screen. Uther (Eric Bana), Arthur’s father, uses the legendary sword Excalibur to push back Mordred’s (Rob Knighton) evil forces. The music works, the heroism is in overabundance, and the overwhelming odds are insane. Yet, as you start to settle in you feel as if you have seen this all before. Well, you have if you watched The Lord of the Rings: Return of the King.

3. Damn, it is Littlefinger!
Aidan Gillen is a fine actor on Game of Thrones as Petyr ‘Littlefinger’ Baelish. However, the actor keeps creeping up in similar shady roles, which is what happens here. Who is an advisor to Arthur’s father? Yep, it’s Littlefinger! The unfortunate part is that you quickly break into your impression of him and have no trust for the character. Thus, you are out of the moment and the film.

4. Is that Ursula from The Little Mermaid?
In the first few minutes of the film, most of the Arthurian Legends established in literature and movies are out the window, especially when Uther is battling Mordred in the first few minutes (Uther is actually Mordred’s grandfather). However, I went with it. After all, this was something new and different. So when Ritchie introduces an aquatic sea maiden who lives under Uther’s castle and helps the vile Vortigern (Jude Law) overthrow him, I was hoping for a little exposition on who this evil being was. I got nothing. For me, she was just a live action version of Ursula from Disney’s The Little Mermaid.

5. How can you tell he’s a king?
Outside of the overabundance of CGI in the film, the characters themselves do look realistic. They are gritty, dirty, and ill kept. Well, all of them except for Arthur. Despite being raised in a brothel and working the wrong side of the street, Arthur has perfect teeth, is clean-shaven, and even wears an all white coat. How can you tell he’s a king? Insert the next Monty Python and the Holy Grail line here.

6. Where is my copy of Disney’s The Sword in the Stone?
In many ways, this film is an elongated and tough guy version of Disney’s animated classic The Sword in the Stone (1963). Where the Disney film surprised everyone was with relatable and fantastic lessons about growing up. Ritchie’s film fails to garner even a fraction of that muster as Hunnam’s Arthur is always right and never fails. In short, there is no vulnerability. He might as well be Superman.

7. Game Over .
In all the film’s epic grandeur, I felt nothing. Nothing for over two hours and six minutes. The best way I can describe this is as if you watch your little brother beat the last level of a video game. Now for him, he went through the quest, tackled all the challenges, and defeated the henchmen. However, you saw none of that. You only saw him beat the last level. His victory means nothing to you because you didn’t go on his journey. The same could be said for this film. I didn’t go on a journey here. I was merely a spectator. Correct me if I am wrong, but that is not how good movies are supposed to work, right?

8. It makes you think about Han Solo.
I have to ask, who greenlighted this film for distribution? I know Warner Bros. has to turn a profit, but this film is doomed to sit in the $5.00 bin at Best Buy for all-time (or until they go out of business). With the recent change in direction on the upcoming Han Solo movie, I have to applaud Lucasfilm’s president Kathleen Kennedy for putting the brakes on the production and fixing the film before it went out to the masses. King Arthur: Legend of the Sword is a lesson to all studio heads. Watch the rushes, read the script, and never completely trust the director.

9. Watch this film instead. Seriously.
After watching King Arthur: Legend of the Sword, I cannot recommend watching John Boorman’s 1981 film Excalibur enough. It features Helen Mirren, Liam Neeson, Patrick Stewart, Ciarán Hinds, and Gabriel Byrne. You’ll probably recognize about 10 other actors while watching the film as well. The irony here is that Boorman set out to make Lord of the Rings but lost the rights. He shifted gears and made use of what he had, turning it into Excalibur. While watching Richie’s film, all I kept thinking was Ritchie really wanted to make his own Lord of the Rings or perhaps Star Wars.

10. It actually made another film better!
I didn’t think it was possible, but Guy Ritchie just made 1995’s First Knight, by director Jerry Zucker, a better film. You know the one I mean. It’s the middle film in the Julia Ormond trilogy where she has to choose between two different men she loves. The first film is Legends of the Fall (1994), the middle film is First Knight, and the final film is Sabrina (1995).  I really disliked it upon its initial release. Now? I wish Merlin would have just magically put it on halfway through King Arthur: Legend of the Sword.

Own King Arthur: Legend of the Sword on Blu-ray and DVD on August 8 or Own it Now on Digital HD!

One thought on “10 THOUGHTS I HAD WHILE WATCHING KING ARTHUR: LEGEND OF THE SWORD”