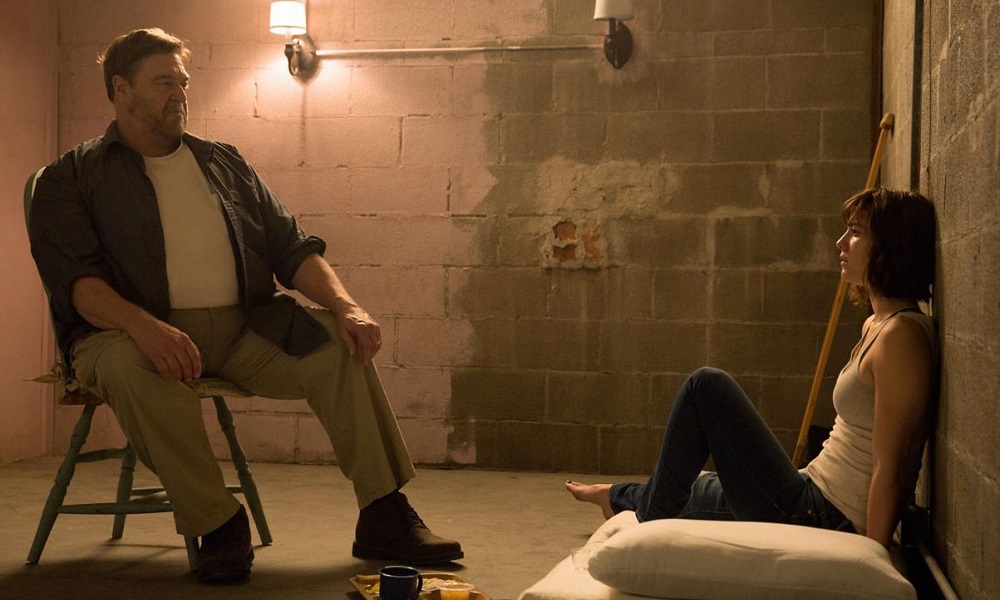 10 Cloverfield Lane was the beneficiary of one of the smartest marketing campaigns ever devised. Was this a sequel to the 2008 film “Cloverfield” about a giant monster running amuck in New York or was this a psychological horror about crippling paranoia of the unknown? The fact is that the movie works well on many different levels and with a box office gross of $108 million on a budget of just $15 million, the film outperformed many of the other blockbusters in the first half of 2016. 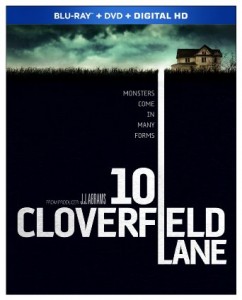 Michelle (Winstead) is driving through rural Louisiana when she is in a terrible accident leaving her unconscious on the side of the road. She wakes in the underground survival bunker of Howard Stambler (Goodman) who explains that he found her on the road and brought her to his bunker for safety as the world as suffered an apocalyptic event, making it no longer safe to go outside. Inside the bunker she meets Emmett, a local neighbor of Howard’s who fled to the bunker for safety.

Initially Michelle is skeptical about Howard’s tale and attempts to escape but upon seeing a woman desperately trying to get inside she realizes that something has happened to the outside world. Soon the three resign themselves to life in the bunker. As Michelle and Emmett tiptoe around the paranoid Howard and his many and often odd rules, they soon discover that his story, particularly about his daughter doesn’t add up. The pair hatches a scheme, making a homemade hazmat suits, and plan their escape.

Had 10 Cloverfield Lane simply been a psychological thriller about how paranoia can drive you to lose all reason, it would have been a great film. But the film’s devilishly clever tie-in to “Cloverfield” is what puts the cherry on top of this sundae. One can only imagine the terror in Michelle when she thinks she’s finally reached some semblance of safety when escaping the bunker, only to find that she’s gone from the frying pan into the fire. And you don’t even mind that the film shamelessly sets up another sequel. Heck! I can’t wait!

Goodman, best known for his comedic roles, doesn’t get enough credit for his dramatic performances. The film revolves around his character, Howard. Michelle and Emmett are in the bunker because of Howard. They are safe because of him but also are kept there because of him. Howard relates only enough information to stir their curiosities. He can go from loving father figure in one moment to unhinged lunatic in the next. The tension builds to a slow burn as they soon realize that what is waiting for them on the outside may not be as terrifying as what is on the inside.

10 Cloverfield Lane was produced by J. J. Abrams who refers to the film as a “blood relative” and “spiritual successor” to 2008’s Cloverfield. But the two films are completely different in their tone and scope. While Cloverfield was told in first person perspective in the expanse of New York City, this film is positively claustrophobic yet both films strike equal yet different types of hear and tension.

Audio Commentary with J. J. Abrams and Director Dan Tractenberg. One of the better commentary tracks I have heard recently. Goes into a lot of the mystery of the film and the ties to Cloverfield.

Featurettes – There are seven short featurettes which combine for just over 30 minutes. Hardly a comprehensive set which is disappointing. These feature interviews with the cast, a look at Production and building the bunker, special effects, and the musical score.