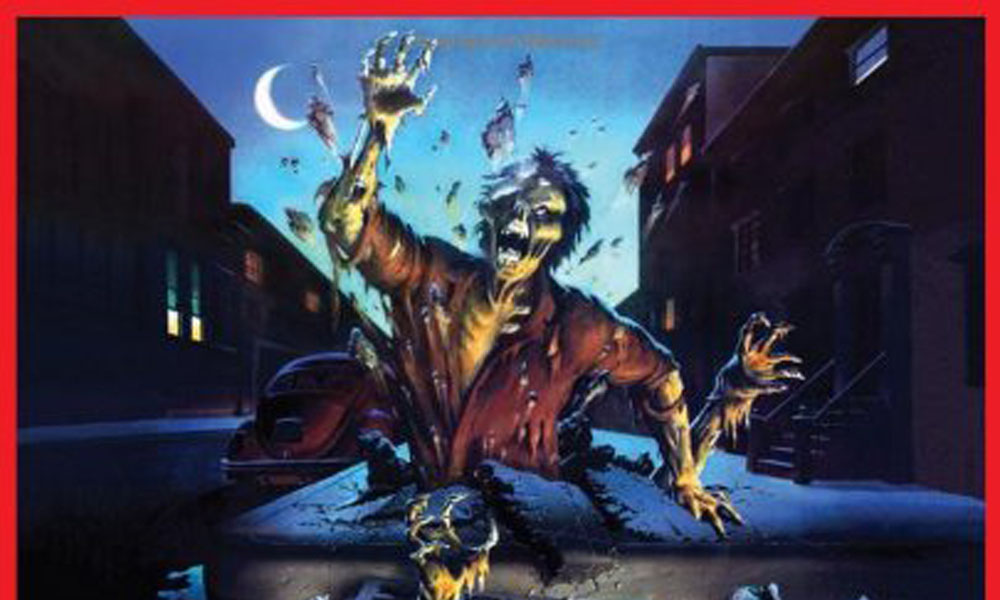 Glenn Kay’s book touts itself as the ultimate guide to zombie films and he’s not too far off with that claim. Kay reviews nearly 300 films in a genre that seems to keep growing every year. It’s hard to believe that the living dead have been shambling about onscreen for over seventy-five years, but it’s true. Certainly the look, style, and behavior of zombies has changed over the decades from mindless servants to flesh eating ghouls…We have slow-moving zombies and speedster zombies, scary zombies and funny zombies, and Kay does his best to include all of them. He provides a humorous review grade to each film, basically on a scale of one to five but using zombie icons instead of numbers. 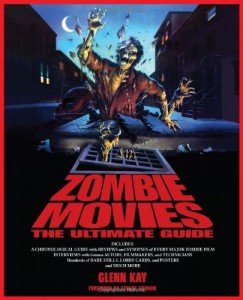 Kay has taken a chronological approach to setting up his book rather than alphabetical. By starting at the beginning the reader can see how the genre has developed over the years and Kay earns big points for this. While there may have been borderline zombie films going back to the silent era, the first, true recognized zombie film is White Zombie from 1932. The film starred Bela Lugosi, fresh off of doing Dracula and at the height of his stardom and screen presence. The film has atmosphere that you can cut with a knife. An amazing achievement when you consider it was made for only around $50,000.

In the 1930s and 40s, most zombies that appeared onscreen were of the Haitian/Caribbean, voodoo created variety. They were mindless slaves with glazed over eyes, and were generally played by African American actors. Often times they the subject of as much humor as horror such as in the Bob Home films Ghostbreakers (1940) and in the unintentionally silly King of the Zombies (1941).

The chapters are each dedicated to a different decade and the 40s and 50s are filled with primarily poverty row and insipid SciFi “B” movies. Zombie films would change forever in 1968 with the release of George Romero’s “Night of the Living Dead”. Suddenly zombies were not just mute slaves but bloodthirsty terrors looking to take a bit out of anyone they could get their hands and teeth on. This was the watershed moment of the zombie film. The Vast majority of the page count begins in the 1970s and carries on to present day. The popularity of home video in the 1980s meant now that films could be made for the home market and never make it to theaters. This decade saw one bad film after another but sprinkled with gems like Day of the Dead, Re-animator, and The Return of the Living Dead.

Kay does his best to unearth every zombie film he could find and I was surprised by how many titles I did not recognize. There’s certainly a good reason for that as most of them are rated very poorly but you still have to admire his in-depth research. In fact if anything, I think Kay may have cast his net a little too wide, including some films that are not regarded by most horror fans as zombie films like the Friday the 13th movies, Pet Sematary, and The Crow.

In addition to the coverage of all the films, the book includes interviews with noted horror personalties Antonella Fulci, Greg Nicotero, and Tom Savini. He also gives his list of the twenty-five greatest zombie films and reasons why they are great. Zombie Movies: The Ultimate Guide is definitely superior to The Book of the Dead, another zombie review guide that came out a couple of years ago. It’s more enjoyable to read because of Kay’s wit and it’s cheaper to boot.