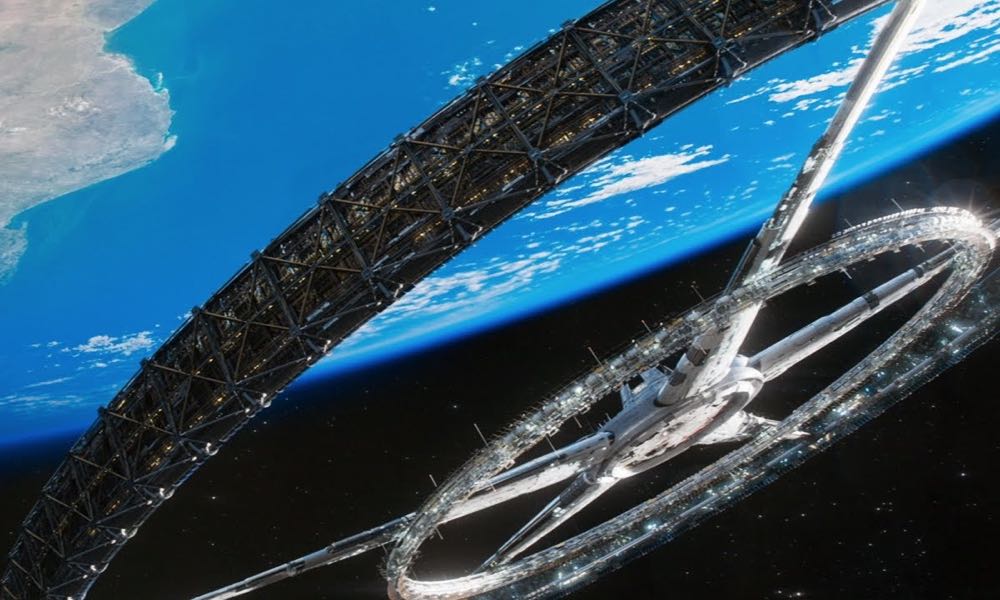 Elysium, like Neill Blomkamp’s other film, District 9, paints a portrait of a world built on a foundation of social injustice. The film goes on to become a commentary on how a world with such glaring inequities between the haves and have-nots is not sustainable. The film’s narrative portrays this social order at a moment of upheaval that might prove terminal, or, at the very least, transformative. Just like that other film, in Elysium, Blomkamp employs a somewhat heavy-handed allegorical approach to get his message across, this time without using surrogate extraterrestrials to replace the human victims of injustice.

Elysium, like a lot of recent genre films, portrays our seemingly inevitable near-future as a cynical corporate dystopia. The film depicts a depleted, near-exhausted world stripped of resources and over-farmed. This is a future created by an unfeeling and uncaring corporatocracy only interested in profits. Elysium portends a future robotic police state with laws enforced by violent, uncaring robots seemingly programmed to mistreat humans.

For most of the population, this future society gets managed by an immense dehumanizing computerized mega-bureaucratic machine. This bureaucracy serves as a device designed to maintain the status quo through various means, including keeping the population drugged. Its made pretty clear the general population is considered disposable and only allowed to exist because the corporate machine requires labor and consumers to fuel their activities. This future is a world where the wealthy and privileged have retreated to the ultimate gated community in the sky, the titular Elysium, where access to more advanced technology, including near-miraculous healthcare, is readily available for free.

If you are not familiar with the title, Elysium is a 2013 science fiction action film written, produced, and directed by Neill Blomkamp. It stars Matt Damon, Jodie Foster, Alice Braga, and Sharlto Copley. The film takes place on both a ravaged near-future Earth and a luxurious space habitat called Elysium. The film explores a wide range of social issues such as immigration, overpopulation, transhumanism, health care, worker exploitation, the justice system, and more. One of this film’s strong points is its depiction of future technology.

The cast does a remarkable job here. Damon is excellent in the lead role as the much-abused everyman Max determined not to die. Jodi Foster sends chills down my spine as the pixie quaffed, homicidally sociopathic,  fascist Secretary of Defense Jessica Delacourt, whose ambitious plans have unexpected repercussions. Topping things off is Sharlto Copley’s memorable over-the-top turn as Kruger, Delacourt’s violent, psychotic attack dog.

Elysium wastes no time and establishes its story in a fast-paced sequence of events in which its lead character, Matt Damon’s Max, has a couple of brutally unpleasant days in a world where unpleasantness is the norm. Max’s misfortunes set up a sequence of events that develop into the film’s engaging narrative. It turns out Max has a date with destiny.

While establishing Max and his world, Elysium unexpectedly segues into a heist storyline that reveals this world to be a violent one while coincidentally introducing more human and sentimental elements. Elysium introduces some subplots to flesh out its narrative while never doing sight that this is a story about social justice. The film spends the rest of its duration juggling these elements and does it well without sinking too far into pure melodrama.

Revisiting the film recently, confirmed Elysium has aged well and proved it is still an impressive, enjoyable, and entertaining entry into the library of recent genre films.