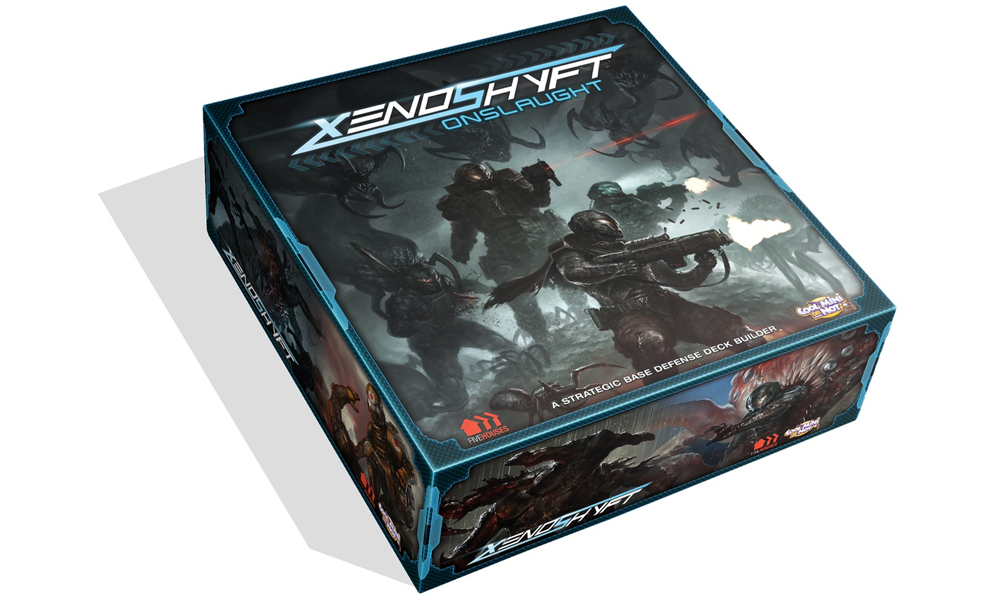 XenoShyft Onslaught
Produced by: Cool Mini or Not

Xenoshyft Onslaught by Cool Mini or Not Mini, is a deck building boardgame for 1 – 4 players. The concept is quite simple. You and the other players have to defend your base against 9, ever increasing waves of enemies. Yes it does sound and play a bit like the film Starship Trooper as the waves of alien creatures is quite overwhelming and increase in their strength and quantity as the game goes on. The player’s job is merely to survive at the end and not be completely destroyed. Simple enough, right? 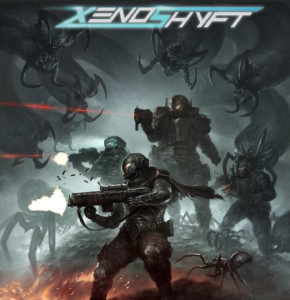 While you can play the game solo (and I applaud designers who include a solo element into their games) it is best played and the most enjoyable with 3 – 4 players, acting cooperatively as you battle the alien hordes. The game allows the players to select and area within the base to defend which provides various types of benefits. These include areas like the barracks, armory, etc…

The game is played in two phases. There is the purchasing phase where you buy things like troops, weapons, and equipment and then the combat phase where you face off against the enemy. Each player places his cards in “lanes” on the board and then enemy cards are placed in their lanes face down. Initially your resources do not come with a lot of options, however as you advance to each new wave, more open up such as super soldiers, mechs, and more powerful weapons. Of course, the enemies also get stronger so strategy and cooperation is a major key to the game. 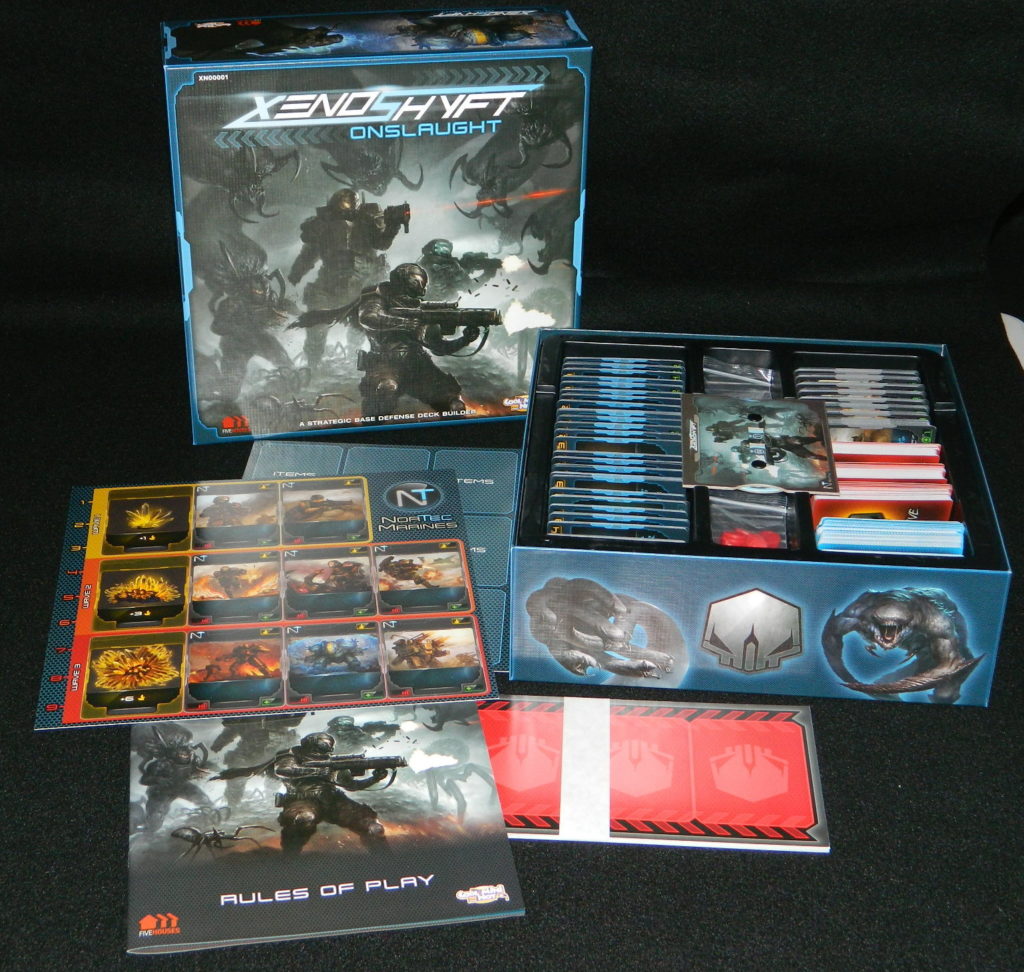 Players can place their cards in other player’s lanes to help bolster their defenses and ups the scale on the cooperative aspects of the gameplay. Of course, playing a card on your friend’s lane means you will not have it to play for yourself. And you will need it, trust me. This isn’t so much about winning as it is surviving. You’ll need to work well with other players AND have a little bit of luck to make it to the end intact.

The game can be complete generally in under an hour and the gameplay is quite exiting and there is definitely a rush in the combat phase. It’s exciting and you find yourself cheering out loud when you win. However, there is a bit of a lack of clarity to some of the rules but I found an answer pretty quick by doing a search on the internet so it’s not too bad.

The game includes over 400 total cards, as well as damage and ability tokens, dashboards, and rule book. The graphics are exceptionally well done. They are suitably grim and harrowing, perfectly fitting the tone of the gameplay. While moderately complex, Xenoshyft Onslaught is a fast, exciting game that truly depends upon the cooperation between players.

Check out all of the great products at the Cool MIni or Not website: http://www.coolminiornot.com/