X-Men: Dark Phoenix is the 12th installment of the X-Men film series and (thankfully) the last to be produced by Fox as it now reverts to Marvel/Disney and will fall under the Marvel Cinematic Universe going forward. The film adapts one of the most popular story arcs from the comics which played out over a span from 1976 – 1980. Did I say adapt? I meant to say butchers with a sledgehammer. Outside of the core plot it’s clear that director Simon Kinberg never read the comics and delivers a film far worse than its predecessor, X-Men: Apocalypse…Do you remember that one? That’s the one where the villain Apocalypse was a dwarf for some reason. 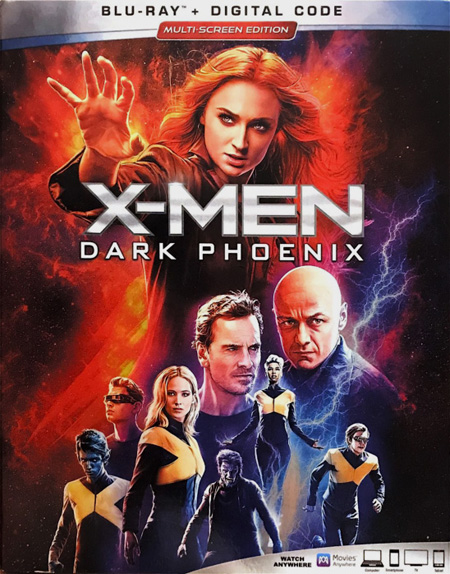 In 1992, the X-Men are called in by the President when the crew of a space shuttle mission is careening out of control. The X-Men save the crew but Jean Grey (Turner) is struck by a blast of energy and nearly killed. The accident leads Mystique (Lawrence) to deliver a cringe-worthy line about how the team should be called “X-Women” because the women are always saving the men…because what would modern superhero stories be without a kick in the nuts dose of PC stupidity. And while I am at it, why the hell is Mystique even in these films other than to capitalize on Lawrence’s “star power”. Mystique was not even created when the Phoenix saga began in 1976.

Grey soon finds her powers greatly amplified and is able to break down the psychic walls that Professor X (McAvoy) had placed in her head when she was a child to block out the trauma that her uncontrolled powers accidentally killed her mother. Without the mental blocks, Jean goes berserk, attacking her teammates, killing Mystique. She travels to the mutant refugee island of Genosha to seek assistance from Magneto (Fassbender). While all this is going on a race of shape-shifting aliens led by Vuk (Chastain) has come to Earth intent on harnessing the power of the Phoenix for their own.

The original comic story is chopped to pieces, eliminating the involvement of the Hellfire Club and the alien Shi’ar and the Shi’ar Imperial Guard, all primary components of the original storyline. One understands the need to abridge such a complex tale except when its substitutions are significantly less interesting.

If only Jennifer Lawrence were able to save us from the horrible performances by herself and Sophie Turner. Turner was always one of the worst parts of Game of Thrones. She is expressionless, and emotionless. It’s telling when comic book creators Chris Claremont and John Byrne are able to generate more empathy from their two-dimensional panels that Turner could in a live performance but there it is…

The best parts of Dark Phoenix were those scenes involving McAvoy and Fassbender sharing screen time. Both are able to elevate their performances above the substandard material. Also notable was Kodi Smit-McPhee as Nightcrawler. Alexandra Shipp as Storm was fairly well lost in the shuffle.

We can look forward to the X-Men’s inclusion in the MCU but we will no doubt have to endure yet another reboot origin tale to wipe away the stench of Fox.

Rise of the Phoenix (81:00): Exhaustive five-part making-of documentary looking at various aspects of the production and made of cast & crew interviews and lots of BTS footage.

How to Fly Your Jet to Space with Beast (2:00): Brief chat with Nicholas Hoult.