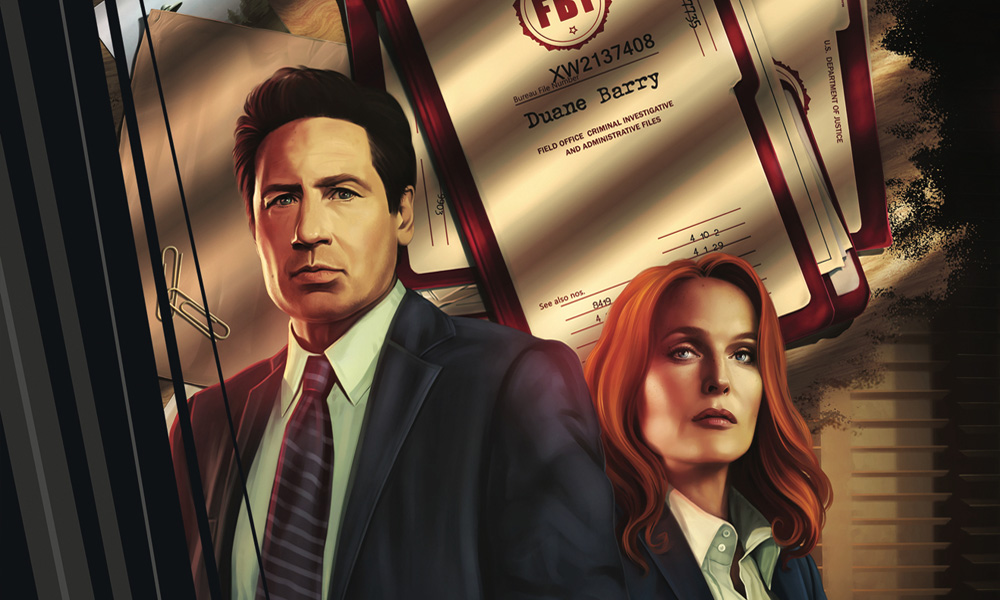 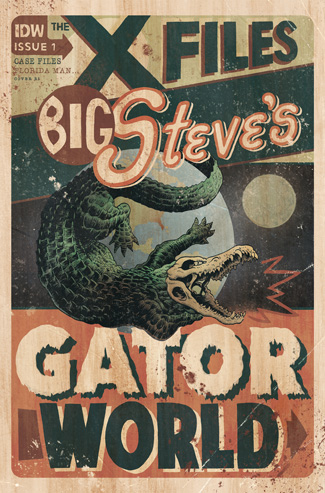 run on the Fox Network during the 1990’s and now there is a new comic to ride that new wave during its peak years.

The Chris Carter created show generated millions in tie-ins such as T-Shirts, toys, novels, and comic books. Just like the show it’s adapting the comic books were hit and miss. Adapting from one media to another is a tricky thing, what works in one can hinder the other. Comics are not limited to a television budget so it has a bit more freedom to go for a grand scale. Unfortunately, most of the time comic book creators tend to treat the graphic novel approach as if it was a storyboard for the latest episode and that means pages upon pages of walking and talking…lots of it.

The Latest X-Files issue begins with Agents Scully and Mulder stepping off of a plane in Florida. They have been assigned to investigate the mysterious “Florida Man”. What exactly is the Florida Man? The local Sheriff points to drug addicted locals who are high on bath salts but the truth may be more bizarre than anything they could imagine.

The creative team on this comic has talent but the overall book does not rise above the source material. Writer Delilah S.Dawson has a good feel for the personalities of the main characters but the story itself is lacking any action or memorable scenes.

Penciler Elena Casagrande and inker Silvia Califano’s art is pleasant to look at. They pulled off the likeness of the characters (and based on past adaptations that’s not an easy thing to get right ) and their new surroundings. The colors by Arianna Florean and the lettering by Shaun Lee round out this talented group .

The first issue won’t hook new readers but it might please some die hard X-Files fans looking for further adventures of Agents Scully and Mulder.