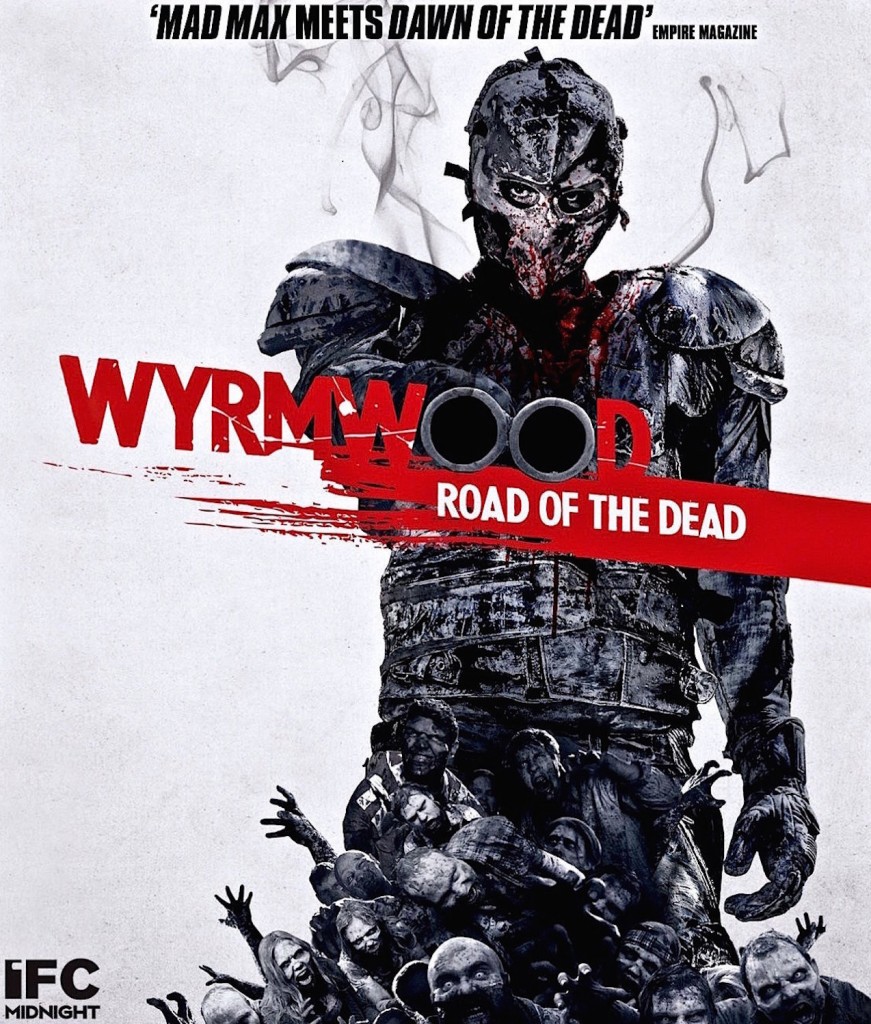 Wyrmwood: Road of the Dead hails from Australia and as we know, the Aussies have their own way of doing things. Now the film itself borrows heavily from a great Australian filmmaker, George Miller (Mad Max Saga), and for this we are truly thankful. See, not only do we get a new take on the zombie story (not the Mad Max part), we get a character that controls zombies with their mind.

Wyrmwood: Road of the Dead begins with three separate stories. Writer/ director Kiah Roache-Turner brings us up to speed on Benny (Leon Burchill), Brooke (Bianca Bradey), and Barry (Jay Gallagher) as they try to survive, make sense, and find their way in the first days of a zombie world. Each tale is different and puts these characters on an inevitable path to better understanding their new roles as the world falls apart.

The majority of time is spent with Benny and Barry as they travel to find Brooke, Barry’s sister. It’s hard not to see the cliche in one character’s desire to find his family. Then again, in that situation, wouldn’t you do the same? Where the story is at its best is with Brooke. An artist by profession, she is the soul survivor of a photo shoot gone wrong. Brooke is captured by the government and experimented on. While she remains uninfected, we quickly start to see that the government has little interest in rallying those with immunity. They are more interested in why these people are immune.

Much like A Nightmare on Elm Street 3: The Dream Warriors, we have a character that can give the zombies a run for their money. Brooke, while being experimented on, discovers she can control the zombies. This becomes the means to her escape and really takes the zombie movie to a new place. I found myself loving the adventures of Barry and Benny, but they didn’t really propel the story forward. The apocalypse fantasy is always a great one to think about. Watching these guys supe up a truck, find out the zombies are emitting a new form of fuel, and learn perhaps a biblical reason for the zombies is fun, it has just been done before.

When the film was over, I felt as if I had just finished the third part to a four part story, which is to say Wyrmwood: Road of the Dead has a few loose threads. It has to be taken into consideration that the film was shot only on weekends and over 4 years. It is a kick-ass ride and a journey I recommend that you take. Jay Gallagher’s broken hero looking for his sister is a character you can stand behind. Leon Burchill supplies the right comic relief for any person in this extreme situation. Rounding out our heroes is Bianca Bradey, who locks you with only her eyes in the majority of her scenes. I just wish I could have seen what happened to them next.

·         Audio commentary with the Roache-Turner Brothers

·         The Wyrmdiaries: Behind the Scenes of WYRMWOOD featurette

Wyrmwood: Road of the Dead is out now on Blu-ray, DVD and is streaming on Netflix.

It is a kick-ass ride and a journey I recommend that you take.

It is a kick-ass ride and a journey I recommend that you take.