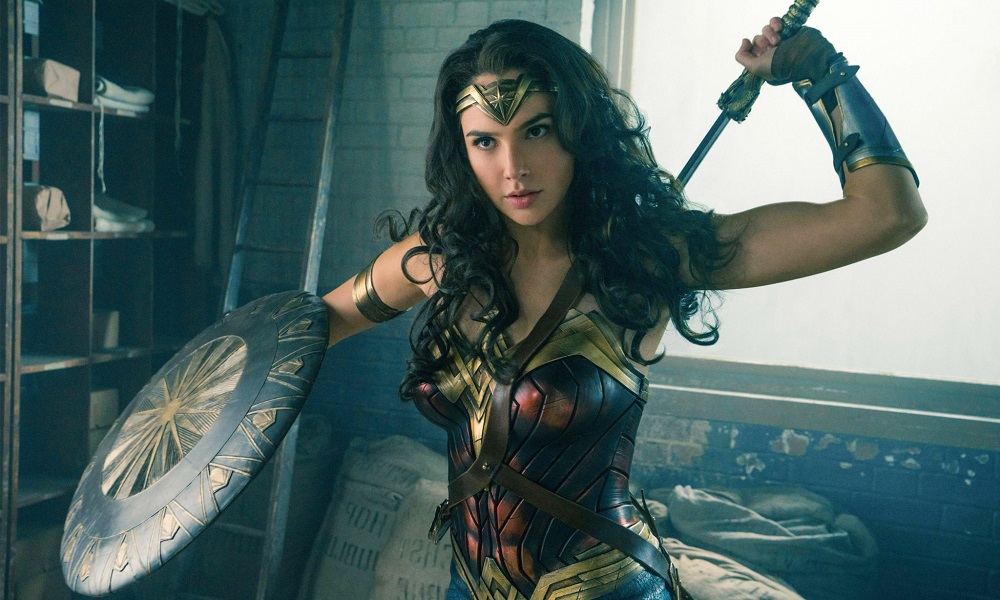 Superman made his first big-screen appearance in 1978 (assuming you don’t count serials and derivatives which stretch back even farther). Batman first arrived in 1989 (again, that’s overlooking serials and the 1966 quickie based on the Adam West show). Wonder Woman – the First Lady of Superheroes and final third of DC’s iconic trinity – had to wait all the way until 2017 to get the big-screen treatment.

That’s far too long for such an important character to have her day in the sun, and I’m not prepared to debate the point. Hollywood’s endless chum pit of misogyny can give even the likes of Diana of Themyscira pause, and the petulant manbaby shrieking over the Women Only screenings at the Alamo Drafthouse this week highlight how much farther we need to go on this front.

Having said all that, and having noted that Wonder Woman’s first movie appearance is decades overdue, I’m glad we waited for one reason and one reason alone:

Otherwise, she wouldn’t have been played by Gal Gadot.

The Jewish Israeli actress proved to be the only thing in Batman vs. Superman worth watching, and under the sure-handed direction of Patty Jenkins, she now gives the Amazing Amazon a showcase for the ages. In one fell swoop, Wonder Woman delivers everything the shambling DCEU needed: brightness, heart, humor and – finally, dear God at long last – the notion of what it means to be a hero.

All of it finds perfect representation in Gadot, who expresses the character’s joy and compassion as effortlessly as she kicks German soldiers through the nearest wall. Her Diana is as much misfit as messiah: the only little girl on an island of grown women, who comes of age only to leap headlong into the world of men in an effort to halt the First World War. It’s a daunting task for any actor to find the right combination of confidence and isolation, and the actress absolutely nails it.

Comic book fans know the basics of what comes next. When Allied spy Steve Trevor (Chris Pine) crashes his plane in the waters of the Amazons’ island paradise, he brings word of the terrible conflagration beyond the sea. Queen Hippolyta (Connie Nielsen) and other leaders of the island wish to remain hidden, but young Diana believes the war to be the work of the god Ares, whom the Amazons are sworn to destroy. When Mom forbids her to leave, she zips off anyway, taking with her a mystic god-killing sword as well as a number of other snazzy accessories that you’re likely familiar with.

Even at that early stage, we sense something different about Diana. Her home is a refuge for the other Amazons who experienced first-hand the horrors of war; for her, it’s a limiting space preventing her from exploring a mysterious and fascinating world beyond the sea. When she and Steve set out for Man’s World, you sense the family she leaves behind, but also the limits that family tried to place upon her. And like all good heroes, her journey is hers alone: she sets an example not by doing as she’s told, but trusting her own sense of right and wrong, and acting accordingly.

Jenkins understands that notion profoundly, focusing on Diana’s growth and acquired wisdom (often hard-earned) as much as her expected Sisters-Are-Doin’-It-for-Themselves moments. It takes a great deal of care and delicacy to pull off the mixture here – Wonder Woman can be a surprisingly tough character to crack – but director and star both make it look so easy.

A big part of that comes from something some critics have cited as a flaw: the lack of memorable villains. Certainly, the assembled rogues make appealing punching bags, topped by Danny Huston’s gleefully evil German commandant and Elena Anaya’s quietly seething Dr. Poison. (To mention any others would be telling.) But their adequacy masks the true nature of Diana’s task. The character arose during World War II and she’s always in her element when kicking Nazi butt. But far more challenging is conquering the notion of war itself, and beneath that our all-too-human propensity to be awful to each other. The best scenes in Wonder Woman come when its heroine realizes she can’t simply punch her way to global peace and enlightenment. Jenkins has the insight to properly explore that idea instead of just treating it as a throwaway.

On a more technical level, the film’s color palate does some quietly impressive things as well. The DCEU has taken it on the chin for its insistence on grimdark moaning, with Zack Snyder’s muddy grays and browns pulling the life out of the screen. Here, Jenkins hits us with the gorgeous blues and greens of Themyscira before plunging Diana into the horrors of war, a subtle signal of what this character brings to a franchise that was stumbling softly into disarray.

Wonder Woman pulls off another clever trick by more or less ignoring the larger storyline to which it is connected. Warners ran into huge trouble by trying to go from zero to Avengers in two movies or less, and their excess ambition all but destroyed the creative potential of the project. Wonder Woman eases back softly, save for a brief framing device intended to remind us of Diana’s standing in the grander scheme of things. Beyond that, however, it stays focused on its central character and lets her tell her story without the distracting bells and whistles.

In its own way, that’s a revelation: not only saving the DCEU from itself but providing a way to follow it up that might not make comic book fans everywhere hurl themselves off of rooftops. The simplicity becomes amazing in this day and age – a quiet revelation reminiscent of Richard Donner’s Superman – and while Logan may win the battle for more profound superhero moviemaking this year, Wonder Woman gives this long-ignored heroine the coming-out party she truly deserves. We always had Lynda Carter, of course, who’s approached this new movie with the same glee felt by the character’s longtime fans. It’s not hard to see why. In Gadot, she finally has a worthy successor to the bracelets… and in Wonder Woman the rest of us finally have a reason to get excited about the DCEU.