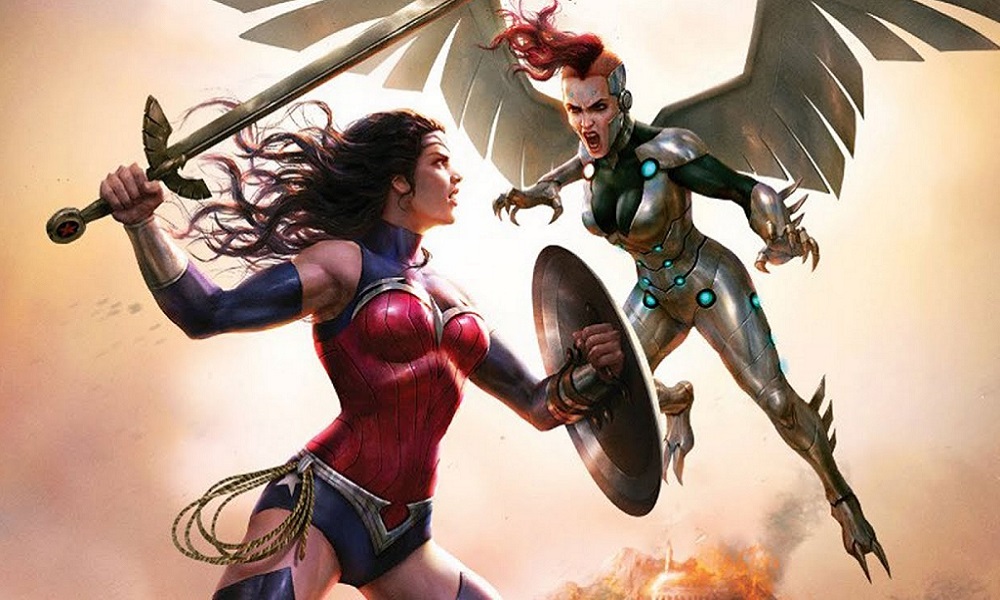 Wonder Woman: Bloodlines is the latest DC Comics animated feature film and acts as an origin/first appearance of DC’s 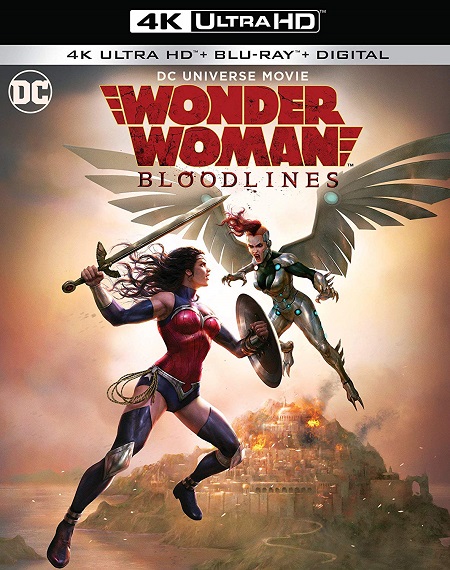 venerable superhero. Captain Steve Trevor is flying a mission near the hidden island of Themyscira, home of the Amazons, when he is attacked by Parademon’s and crashes into the sea. Princess Diana rescues Trevor and uses Amazonian technology to heal him. When Queen Hippolyta takes Trevor prisoner, Diana defies her mother by helping him escape and accompanying him to Washington, D.C., where she stays at the home of Dr. Julia Kapatelis, and her teenaged daughter, Vanessa.

Unfortunately, this is where Bloodlines goes off the rails…Cut ahead five years and Wonder Woman has established herself as a hero. Vanessa has stolen an artifact and intends to trade it to villainesses Doctor Poison and Doctor Cyber, who recruit the girl into their experiments, turning her into the villainess, Silver Swan.

The thuddingly dull long and short of the plot is that the trio of villains, along Cheetah intend to steal the Amazon’s technology. When Wonder Woman tries to stop them, Cyber unleashes the mythological Medusa who uses her gaze to turn anyone who looks at her to stone. Ostracized from her people, Diana must fight against impossible odds to defeat the monster.

I’ve generally been a fan of DC animated films over the years. Sure there have been a few klunkers along the way but in general they’ve been quite good and often adapting some of the more famous comic book stories from throughout DC’s long history. Bloodlines, however, is just a meandering mess of a film. Mairghread Scott is credited as the screenwriter but it feels like this was cobbled together by several other writers, none of them aware of what the other was doing. There is no cohesiveness to the story at all and it plays out like a series of random scenes.

One of the biggest issues that Wonder Woman has always had is the lack of a top tier foe. With this in mind the films goes for the tactic to throw in as many villains as possible: Doctor Poison, Doctor Cyber, Silver Swann, Giganta, Cheetah, Parademons, Medusa and even a Minotaur. It is a mishmash mess worthy of Joel Schumacher.

It seems as if the financial woes of the comic book division may be seeping over to the animation division as their usual stalwart cast of voice talent was noticeably lacking. Outside of Rosario Dawson as Wonder Woman and (maybe) Jeffrey Donovan (who starred in the long running USA Network series Burn Notice) as Steve Trevor, this is a forgettable cast. The actual animation is also average at best and seems more TV series style than feature film.

We can only hope this is just a one off and not a trend with DC Animation.

The Cheetah: Ferocious Archenemy (10:50) – This featurette takes a look at the villain who, by default, is Wonder Woman’s top foe