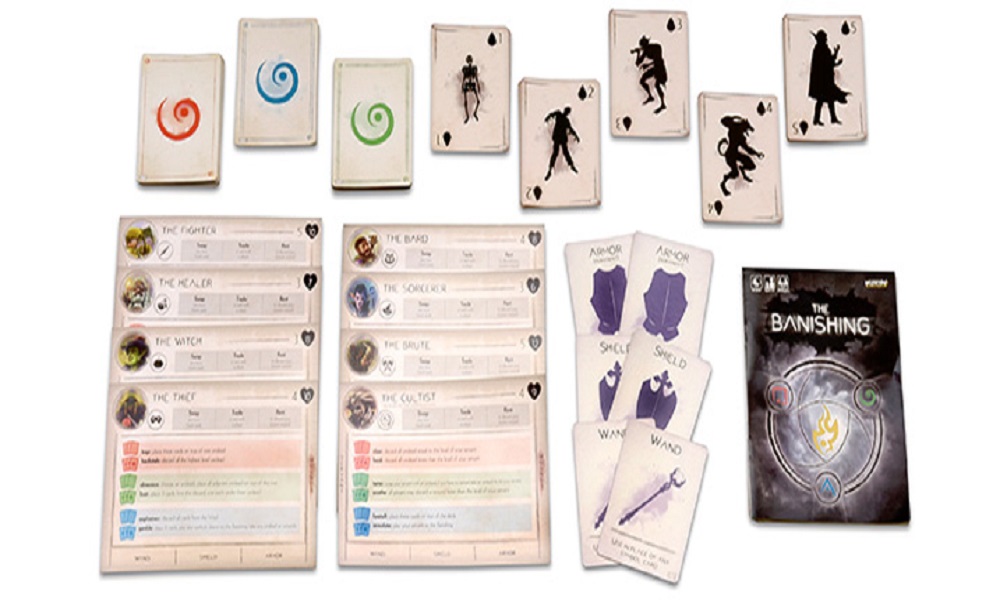 WizKids is pleased to announce the upcoming release of a new co-operative card game, The Banishing. This March, the undead will threaten to take over the world. An unlikely group will join forces to fight against evil. Find out who will be triumphant on the tabletop in The Banishing. 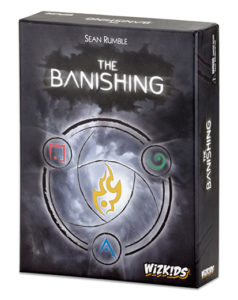 Designed by Sean Rumble, The Banishing brings players into a world being overcome by undead creatures. Players take on the roles of the guardians who must work together to banish the undead back through the Void.

As guardians, each player is a unique character with special abilities that can be activated by collecting cards and creating matches. The Sorcerer can conjure and enchant. The Fighter can taunt and imprison. The Healer can bless and revive. The Banishing introduces eight characters, each with six unique skills, for players to choose from.

Players collect cards from the Void to form melds to cast unique spells and effects in an effort to complete the ritual of Banishing, which will hurl the undead back through the Void. Players must work together to create those melds, as well as to protect and heal each other from attacks by the undead in order to succeed.