In this humorous game of mayhem, players take control of a team of Dudes: overpowered combatants that consist of both creatures and characters, from T-Rexes and Laser Sharks to Vikings and even the Grim Reaper! 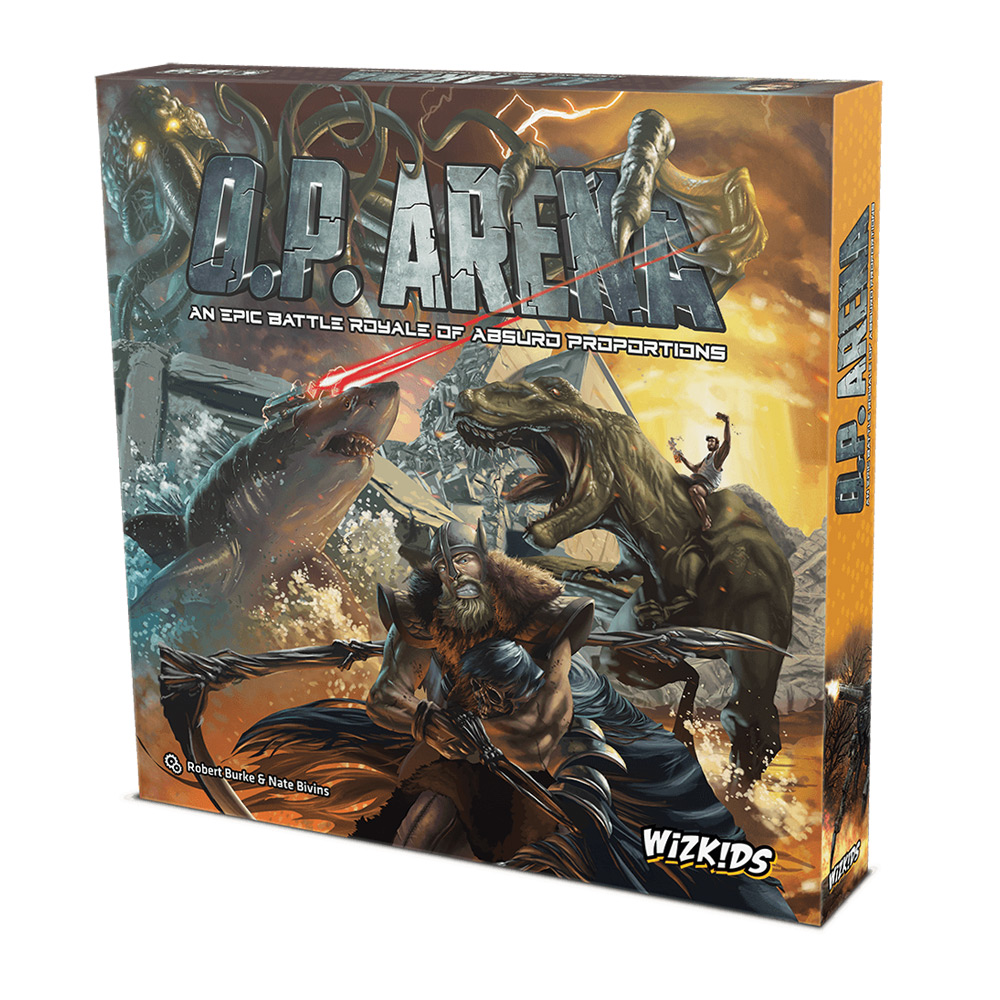 Each turn, players roll their power die to activate one of the overpowered powers of their Dudes. And why do you want to activate their powers? To gain VPs for killing and damaging other Dudes – even if it means damaging or killing your own Dudes! All this to reach the epitome of goals: 30 VPS!!

But not every power does damage or kills Dudes outright, oh no. Some other neat powers include gaining shield and nerph tokens. Nerph tokens block the use of a Dude’s power and the shield token, well, shields the Dude from getting a Nerph token. It ain’t rocket science, folks!

But we do have Mechs with rockets, as well as lactose intolerant Unicorns, an unhappy Cthulhu, and more craziness. Battle to the death for the glory of VPs in this intense game of creature combat.