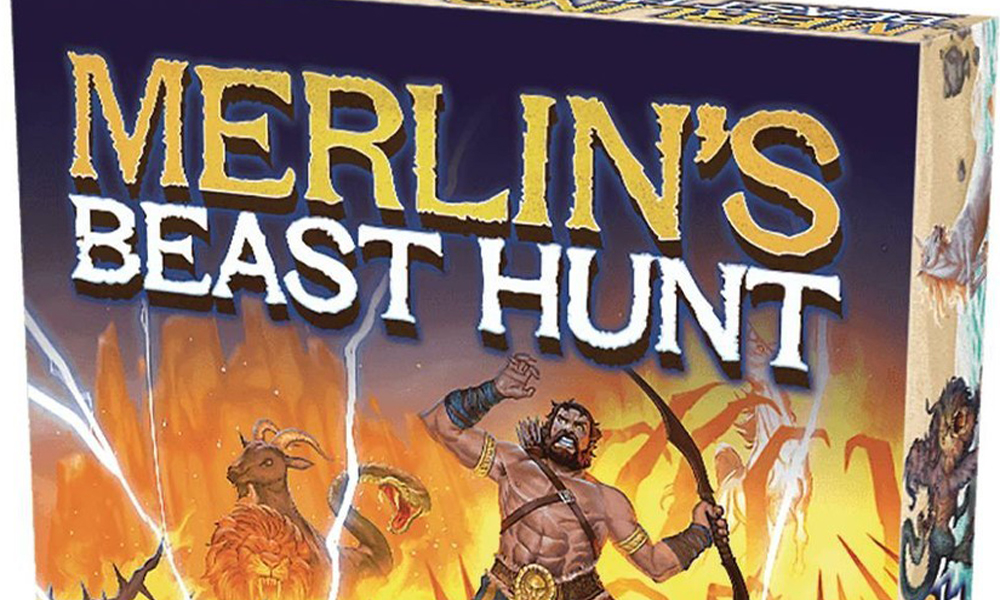 WizKids is excited to announce the upcoming release of Merlin’s Beast Hunt, a fantasy game of mythic proportions! 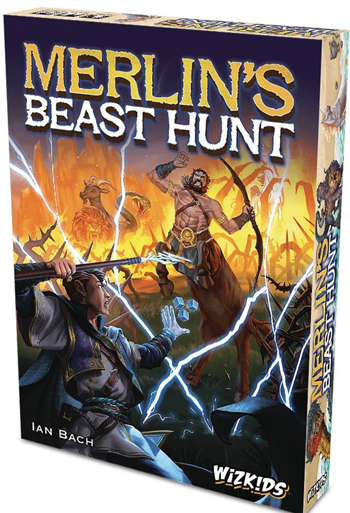 In this dice allocation game of mythical beasts, players are wizards competing in a grand tournament to become the Champion of Magic. Merlin has gathered a collection of the most extraordinary magical beasts, which the wizards must capture by planting magical seeds in order to corral them into enclosures and successfully claim them as their own!

Each turn, players will place cards and dice on a board representing the hunting ground, where the mystical creatures roam free. These cards come in 4 unique types and form fences when played, while the dice, with 6 unique types, act as the bases. In order to successfully build fences, players must match the symbols on the dice to the symbols on the cards. Successfully built fences score points at the end of the turn. Players may also add or move beasts on their turns.

The game ends when one player no longer has any of their colored dice in their active dice, or when all spaces contain their maximum allotment of dice and all grid lines have a fence. Players then score VPs for beasts they have captured, and the player with the most VPs wins!