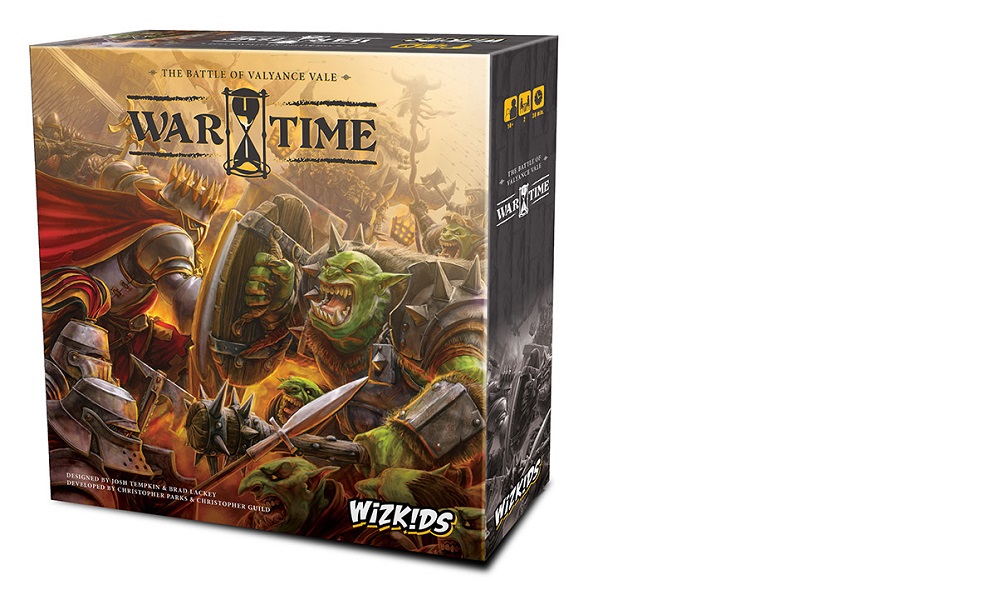 WizKids has two new board games hitting store shelves soon and we have all the details!

WizKids is pleased to announce the upcoming release Approaching Dawn: The Witching Hour, designed by Ken Shannon for 3 – 6 players. In a world where Witches cast spells and Demons exist in the darkness, will you be able to banish the evil? 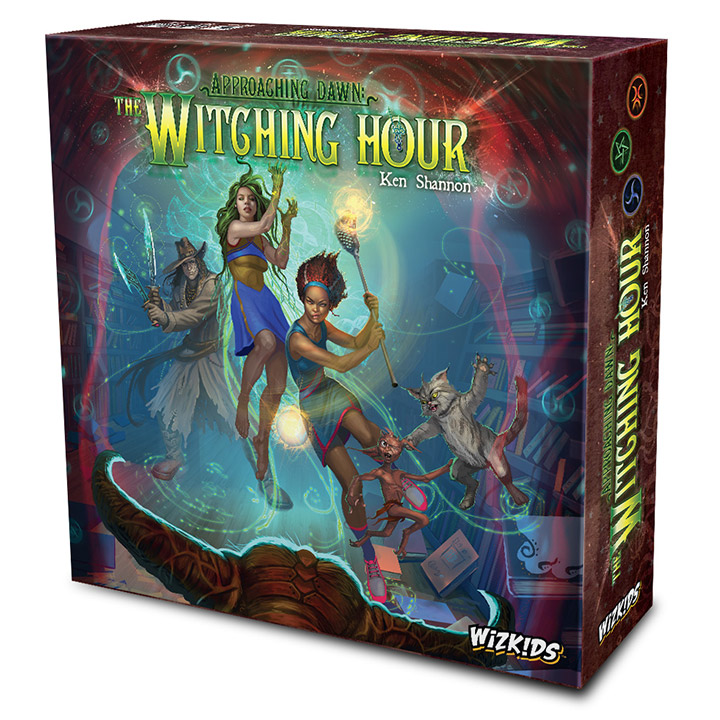 In this cooperative new board game, players are members of a coven who are blood bound – what one witch does affects another member of the coven. Work together to use your magic to bind and banish the demons, imps, fey, possessed animals, and warlocks that are entering the world.

Each witch starts with different abilities and their own spell deck, but not all spells are cast the same. Each card can be played as Black Magic or White Magic. Black Magic is powerful and can help you but will corrupt the other members of your coven. White Magic can be used to heal your own corruption or assist your allies.

Throughout the game, witches can gain corruption to learn new spells, get familiars, and collect artifacts. How they choose to use these new cards each Hour will determine the success of each scene (mission).

In Approaching Dawn: The Witching Hour each scene determines the goal of the game. If the scenes are played in order, they form a story arc, but players can play any scene in any order.

Designed by Josh Tempkin and Brad Lackey and developed by Christopher Parks and Christopher Guild, Wartime is a real-time war game that brings the fight between Valyance and Firebrand to your tabletop. 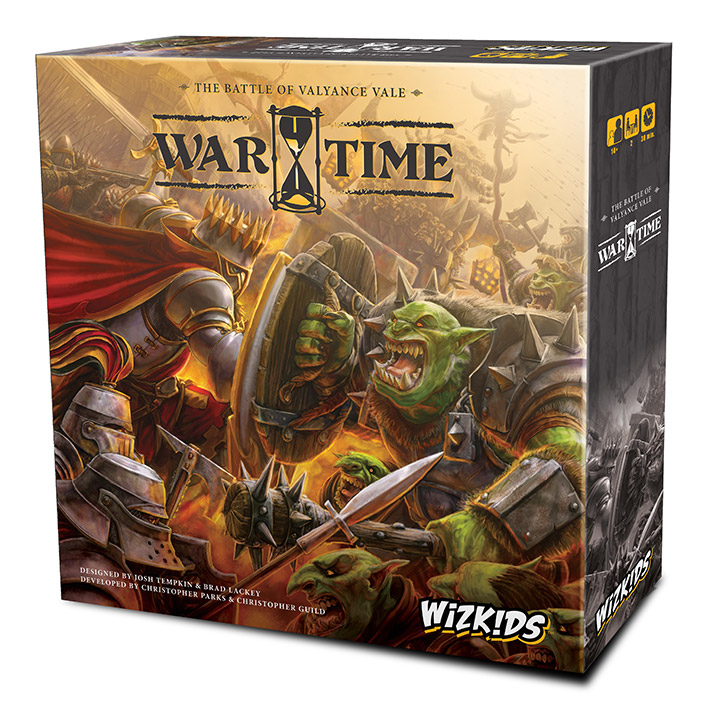 In Wartime, players must think fast as sand timers dictate the activation of your units. When a unit moves, attacks, casts a spell or uses a special ability, a sand timer is flipped. That unit cannot be used again until the sand timer is drained and then, that sand timer, or another sand timer, can be used to activate the unit again. With sand timers of 30, 60, and 90 seconds, players will have to use their units wisely to defeat their enemies.

Wartime includes scenario-based play with branching missions depending on the outcome of the previous mission. Since each battle only takes 10 minutes, players will want to enter the battle over and over again.

Pre-order Wartime from your Friendly Local Games Store for $59.99 today!