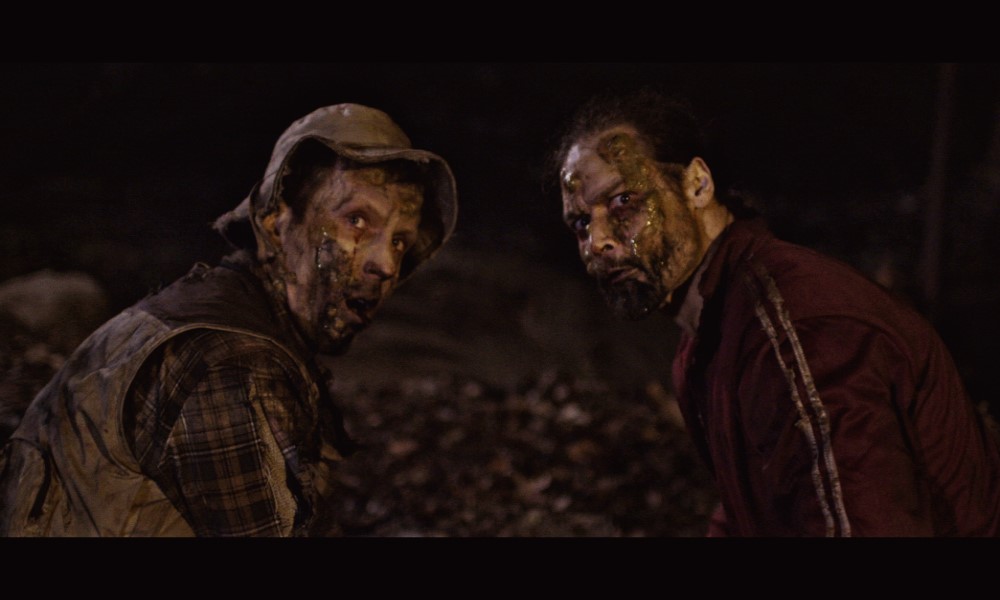 Sometimes you come up with two ideas and crush them together like two soda cans. Like soda cans they seem to mold together or a few 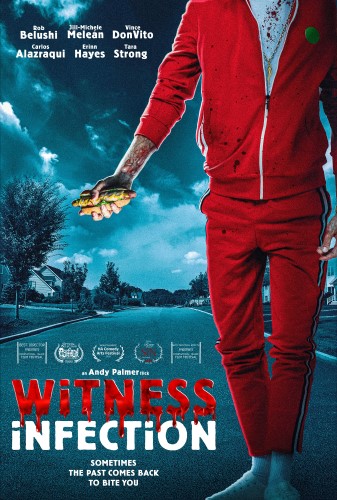 seconds…but also like cans they will invariably fall to the floor when you let go because there is no real connective tissue. That’s not to say either idea hasn’t any merit. There is a sturdy mafia dramedy here with some fun characters and rife situations. There’s also inexplicably a very slight zombie parody that invades the first plot like a virus, slowly eating away the parts where this film actually shines.

The major issue with Witness Infection is certainly not the cast. Everyone is way better than a film of this budget truly deserves, delivering nuanced and believable performances across the board even if their dialogue veers into broad parody at times. You actually feel for these poor suckers navigating every day foibles and the more exotic tribulations of mob life. It’s like The Sopranos in miniature, and that’s when I was having the most fun. I wanted to follow these people around, watch them work out their problems, enjoy their wit and character. I want an entire standalone movie about the two bantering hitmen.

It’s hard to tell how much is legitimately good writing and just brilliant stage business. The directing is quite frankly bad. The camera has no style or flow, just sort of vaguely aiming at what’s supposed to be the subject of a shot. Lighting is flat and boring. This is a hard movie to watch because of how amateurish the shots and lack of composition can be. Music is stock and sometimes overbearing.
It’s an ironic tribute to the stellar cast that the film remains eminently watchable thanks to them all giving 100%.

However we keep having to go back to the sausage zombie gimmick. It’s not nearly as funny or interesting as someone supposed. The effects work is embarrassing. It is certainly not scary. Shaun of the Dead worked because there was a tie into the metaphor of the main story that the zombie narrative fed into. Witness Infection, beyond the amusing title, has no real bridge between mob politics and flesh eating undead. It’s as if an alien invasion occurred in the middle of a heist story. Sure both stories might meet in the middle, but they would always be at odds if the concept came before the execution.

Witness Infection has heart and humor and clearly everyone had a blast making it, but the sum is greater than the two parts. We didn’t need the zombie plot latched onto the nigh brilliant mob tale/spoof. The writing and characters didn’t need a dumb B-movie dangling dead on arrival.

Sometimes less would have been much more.