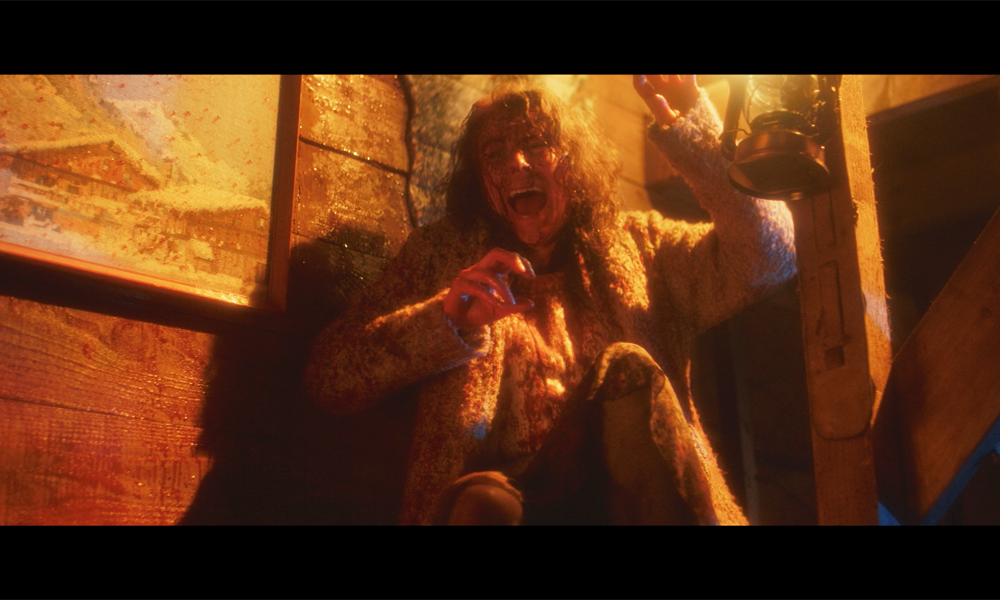 A lot of productions, particularly genre B pictures, tend to kowtow to the nostalgia of the eighties.
Winterskin looks even further backwards, picking up influences from the sixties and seventies from the suddenly appearing yellow title card with roman numerals below it to the intently slow burn pace after a feverish opening and the ubiquitous soft focus haze. 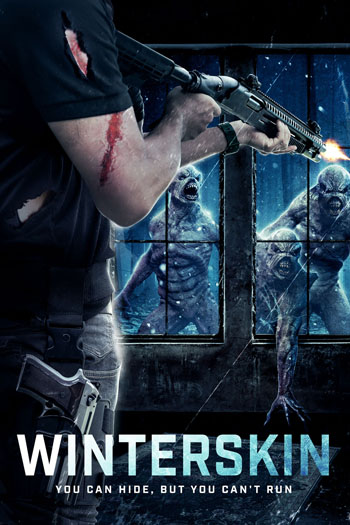 It’s all very meticulous and an evidently affectionately composed homage all told. This is however the major issue with the film overall. If you’ve seen seminal works like the film Misery you’ve already seen Winterskin, basically beat for beat. The deviations from this very clear inspiration are novel, often grotesque, but they’re just momentary distractions from the inescapable familiarity.

If you haven’t seen Misery and are looking for a gooey horror flick with action you’ll find it in fits and starts. Someone in effects loved fake blood effects so dearly the slightly impact of bullet, blade, or even just being thrown heavily against an object spurts a massive web of sticky red. If the rest of Winterskin hadn’t been so methodical and smaller in scope you could be forgiven for thinking of grindhouse movies with the sheer sporadic focus on gouts of hemoglobin. So we’ve got splatter, slow motion sequences of carnage, but interspaced are startlingly sluggish scenes of two actors just muttering to each other.

Again, Misery had a similar structure but it had the advantage of compelling and veteran actors to hold it together. Winterskin has actors that are trying VERY hard but the effort is felt in every overwrought country saying in ridiculous accents or red faced screams of terror or anger. The leads are so sincere in their attempts to create characters that they must have been convinced were basically cartoons you can’t not enjoy the performances but you can never take them entirely seriously. Might have been the point but given the relentless grim atmosphere and lingering on opportunities for the cast to emote I’m not entirely certain.

Collectively Winterskin is some interesting ideas, some soppy secondary ones, and all of them across the board are borrowed. From the titles to the music to the concepts it feels like a ‘best hits’ album of horror, but done with a distressingly limited budget.
Entertaining in fits and starts.