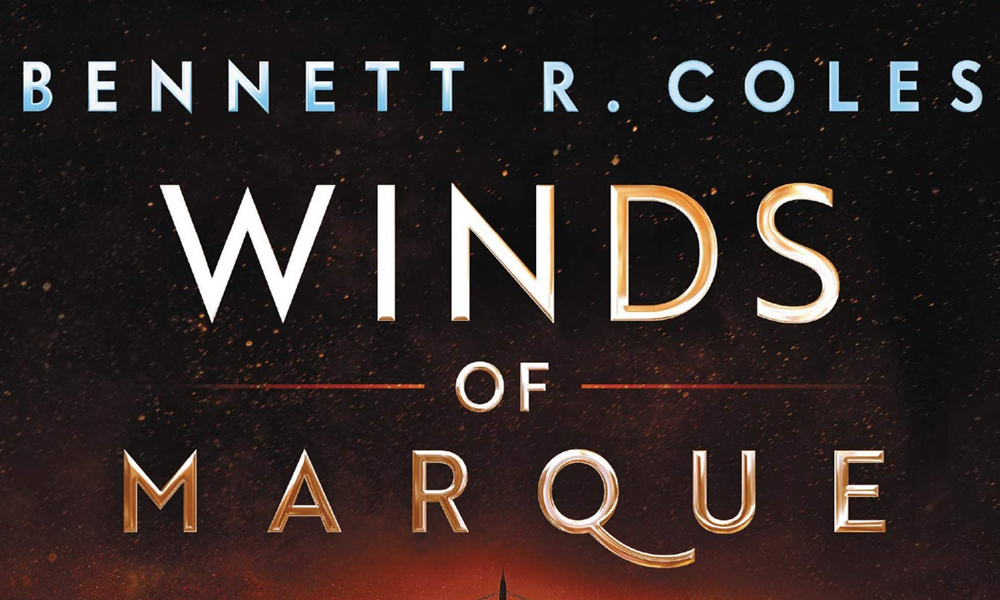 WINDS OF MARQUE is the latest novel from Bennett R. Coles, whose first book, VIRTUES OF WAR, won Cygnus Grand Prize for Science Fiction. It’s a well-written book, an easy and exciting read with lively characters and a plot that carries you along, turning pages until you reach a satisfying-enough finale.
That’s the good part. There are a few problems and, while I will go over them here, I want to stress that this book is a fun read—do not be put off by what I am about to say.

This book postulates a future Imperium in a part of space not at all familiar. Inside that space, the Emperor’s Starships keep the peace, patrolling the various planetary systems as they protect commerce from raiders and show the flag to a star-faring Alien race, the SECTOIDS, who seem utterly Alien and frightening to the human civilization.

Into that world steps Liam Blackwood, second in command of the HMSS DARING. He and his captain, the enigmatic Commander Riverton, are tasked with running a Privateering operation—locating and destroying pirates whose activities put the Imperium’s supply lines at risk. They do this with official approval but, if they are caught, they will be disavowed (where have we heard that before?). 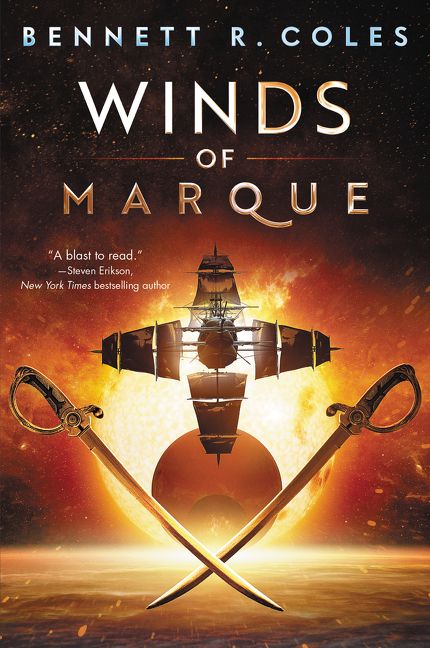 Blackwood is an intriguing character. A minor Lord of the realm (a second son), he has spent his career as the able second-in-command to higher-ranked aristocrats who, in most cases, do not have a clue as we discover when we first meet him trying to keep his ship, the RENAISSANCE, from being destroyed by his Captain’s impatience to reach a royal ball before another ship. Blackwood saves the ship, without the Captain becoming aware of it, and, at the same time, meets an Able Seaman—Amelia Virtue—who is far more capable than most of those around her. When Blackwood accepts his new assignment, he brings Virtue along—and a romance develops between the two.

All this, of course, is boilerplate. My problem here is that I have seen far too many novels featuring a Navy heavy with incompetent aristocrats. David Weber and David Drake have both taken this concept to great heights and seeing it again is something of a disappointment—especially as the politics are not used for anything beyond a few plot points that are, ultimately, not all that important.

The ships themselves seem to conform to the David Drake model as well, using Solar Sails to catch the winds of space and navigate around their various star clusters. That confuses me because, to the best of my knowledge, there is no real solar wind in the spaces between the stars and I am unsure how it would provide enough motive power to drive a large ship. And what is that ship made of? At one point repairs are made by nailing replacement plates into place. Nailing? Is the ship made of wood?
Weaponry is also odd. The ship is equipped with cannon—the weapon of choice for space encounters, and we are treated to several such fights, in which ships maneuver to bring their broadsides to bear.
Very Hornblower! Boarding parties carry pistols, and cutlasses (yes, cutlasses), as they use small boats to board and raid the enemy.

Now I love the Hornblower novels, and am interested in seafaring books set in the 18th Century, but at this point, I think Mr. Drake has given us enough words about such ships in space—and in his books, the sails are used to move the ship through a kind of hyperspace—not just capture solar winds.
The Pirates are pretty much faceless menaces who are fought with then disposed of. No Pirate Mastermind is visible (held for the next book in the series perhaps?).
There are only two fleshed-out antagonists here. One is Commander Riverton, the Captain of the DARING—she does not take Blackwood into her confidence and seems to be hiding a great deal from him and the crew. The other, James Highcastle, is a cadet—not yet even in the Naval Academy—foisted upon the ship due to his high-born rank. He is both more, and less, than he seems and is one of the better characters in the book.

The book ends, as all such books should, with a pitched battle—our guys against the pirate base. It’s a well written battle and nicely staged, but afterwards, when our heroes are due rewards, they don’t get quite what I (and, I suspect most readers) believe their due. Of course, this sets up another book and, perhaps, a series…

I recommend giving WINDS OF MARQUE a read—you’ll be glad you did, even if you have questions and lots and lots of nits to pick.
[review]