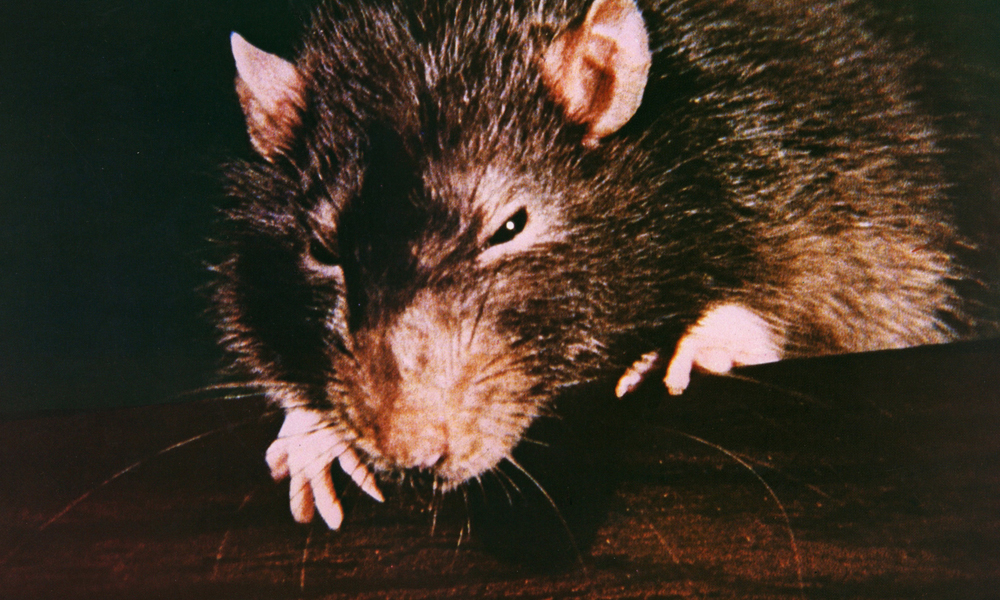 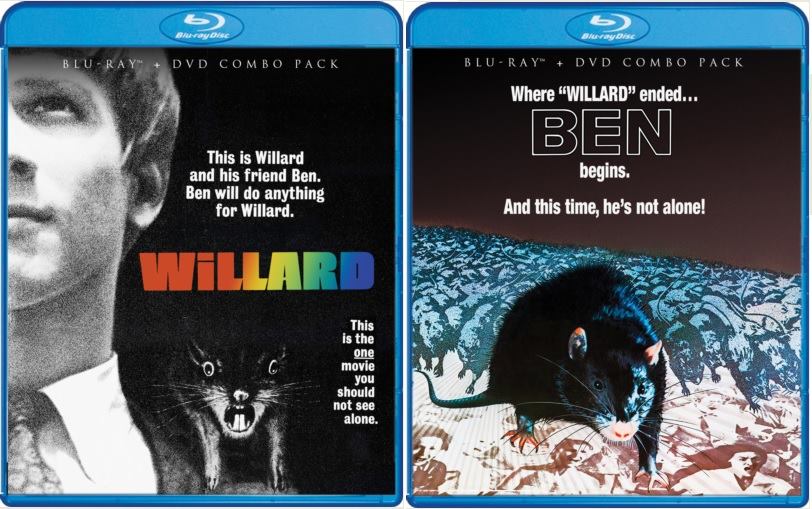 I’ll never turn down the chance to see a film that has been out of print or unavailable for a long period of time. That was one of the factors in picking up Scream Factory’s recent release of both cult favorites, Willard (1971) and Ben (1972). Both films had never seen a digital release (DVD or Blu-ray) until now.

I would also like to state I haven’t seen the 2003 remake of Willard that features Crispin Glover in the title role. So outside of the fact that both of these movies starred rats, I had no idea what they were about. 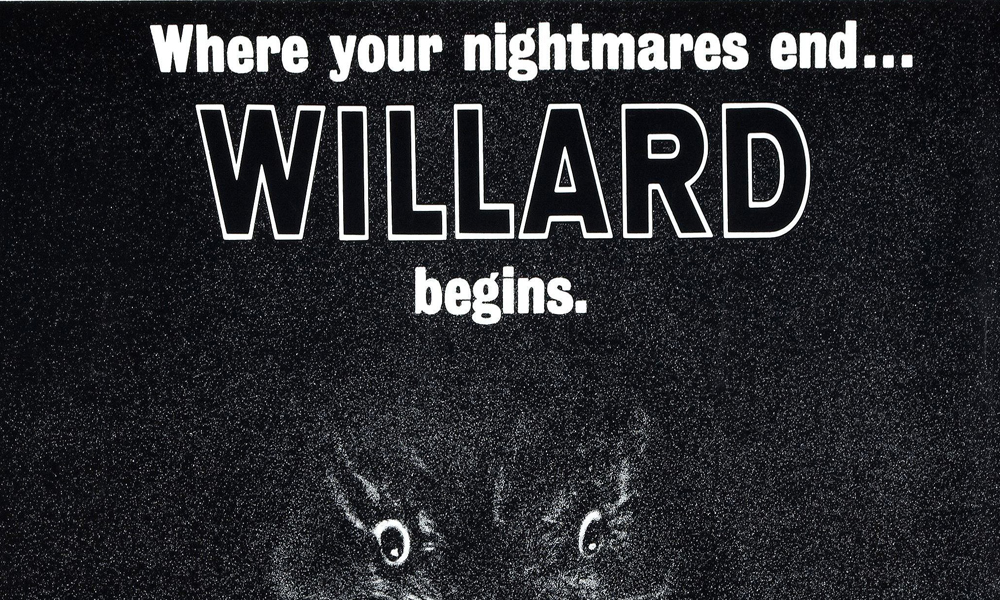 Imagine my surprise when I saw that Bruce Davison, the evil senator who saw the light in the first X-Men movie, was the title character. I had never seen him this young before. To add to my reverse nostalgia, Sondra Locke, who directed another cult favorite about rats called Ratboy (1986), is the would-be love interest for Willard, the Bride of Frankenstein (Elsa Lanchester) is Willard’s mom, and Lt. Cmdr. McHale (Ernest Borgnine) is Willard’s boss. In short, for a cult film, I knew all the players very well. In fact, it made it fun to see many of them play against the characters I associated with each actor.

The film opens with a quick, too true look into Willard’s world. He is a milk toast of a 27-year-old man, who works at his now deceased father’s company, has a mean boss, and his friends are only really his friends because they are his mother’s friends. So naturally, Willard befriends the rats that are nesting in his backyard. Yes, the plot is really that simple, with one caveat: the rats are smart. The how and why are never explained, but Willard’s nurturing and education of rats he calls Socrates and Ben certainly doesn’t hurt their survival skills.

From what I thought, Willard would use the rats and their cunning to not only further his career, but carry out his vengeance. The later is what happens in the second half of the film, which put the first half into a weird Walt Disney-like motif. Willard helps, cares for, and trains the rats to the point where it is almost cute. The score, written by Alex North, further supplies that Disney feel. Yet when it comes time to raise money to save his family’s home, Willard puts the rats to work.

The juxtaposition is that once Willard is free of every little thing that was holding him down, he turns on the rats. Yes, he turns on the only things that ever cared for him in return. This whole moment hinges on Sanda Locke’s character, Joan. Now that Willard can have a decent life with her, the rats have to go. Unfortunately for Willard, the lead rat, Ben, has other plans.

Nothing about this film went down as I thought it would. I think what really got me was that the rats, especially Ben and Socrates, end up becoming the characters you root for. I guess that is what makes this a cult classic. I’m glad I saw the film, however, I doubt I would venture back for another trip.

The 4K restoration looked great, yet it seems a little unsettling at times to watch a cult classic without all the dirt and grit that is usually present on a 35mm film. It was also insane to see the Bride of Frankenstein with her natural red hair. Willard is a fun movie, but one that probably doesn’t need to be added to your collection.

Yes, this is the film about a rat named Ben that features a Michael Jackson song. That alone puts it into its own cult category and I can see why people would want to check out this sequel.

The first ten minutes of are a bit of jip as they are nothing but the last 10 minutes of Willard. It is merely a reiteration of what went down between Willard (Bruce Davison) and Ben, the rat, in case you either forgot or stumbled into the wrong theater. This flashback does nothing but point out that Willard was in fact that bad guy and Ben had every justification for the killing of his former master.

Director Phil Karlson paints the humans as violent killers when it comes to rats. Right off the bat, the rats are immediately put on the defensive in the worst way. It does seem odd having policemen freak out with guns and crowbars over the mere discovery of rats in an old house that they were already told had rats. Perhaps squatters in the house or thieves would have been a better start. Instead, we see the entire area of where Willard’s home was located become a violent playground for both the police and the rats.

The main human character is a young sickly boy named Danny (Lee Montgomery), who befriends Ben. Danny has many of the same characteristics as Willard, which makes one question what drives people to befriend rats. For both of these films, it is loneliness. The issue here is that Danny’s health doesn’t really allow him to have any friends outside of his mother and sister, Eve (Meredith Baxter). However, they are not demanding like Willard’s mom, only concerned for his heath.

The plot takes a different turn than that of the first film and Ben starts to branch out and grow his family. However, it doesn’t get as grandiose as one might think and it is never more than a battle between the police and Ben’s rat infestation. Strangely enough, the point of the film reveals itself to be both humans and rats fighting for living space. Who will prevail depends on resources and endurance. The film may end on a sad note, but for the rats, there is still hope. Like in the first installment, you end up siding with the rats.

The HD transfer is from a surviving archive print, which is on the grainy side, so I understood what I was seeing was as good as it was ever going to get. Quite frankly, it suited the film about a young boy who sang a Michael Jackson song to a highly intelligent rat that tries to take on the human race, perfectly