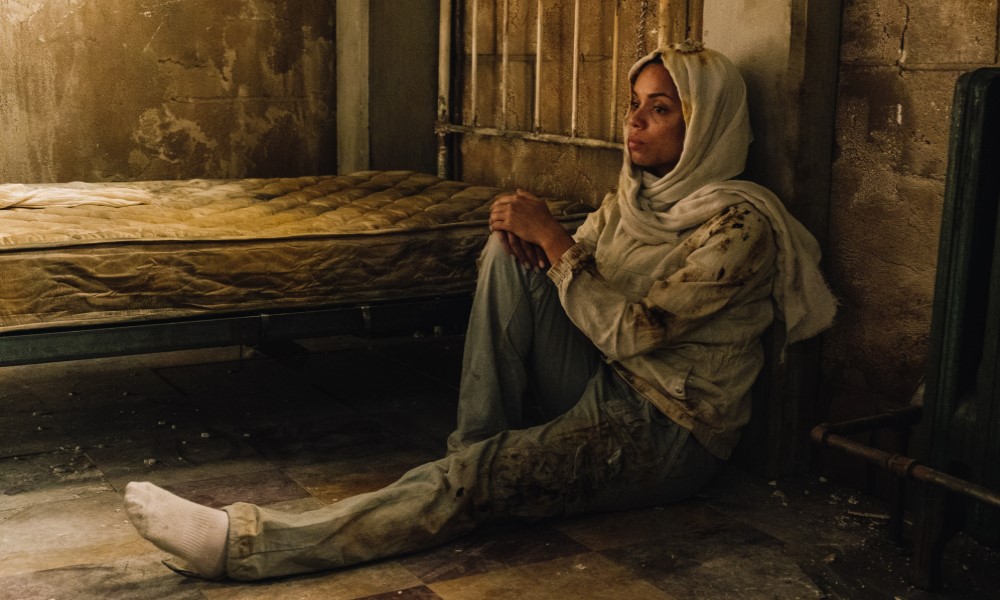 What do you get when you combine Fifty Shades of Grey with violations of the Geneva Convention? Not something I ever expected to see in my lifetime, but here we are. 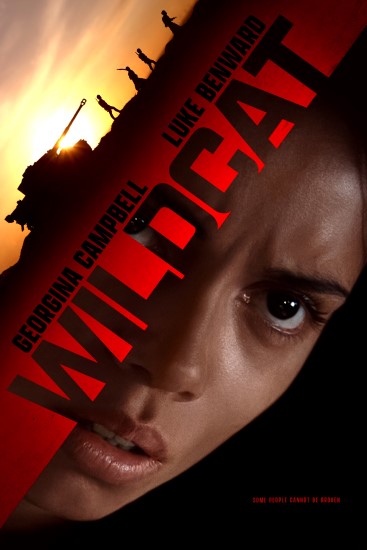 Similar to productions like Buried and Pet we have a popular indie genre explored once again: person kidnapped and tortured in a confined claustrophobic space. It’s a bit like the infamous ‘bottle show’ episode of a television show where the restrained budget required a small cast and limited locales.

Wildcat features a bigger budget though than most of these, as reflected in stellar camera work and standout acting from everyone involved.
The premise is laid out immediately. A woman and a man have been abducted in a middle eastern country and now face torture if they do not divulge information it is believed they are concealing. Of course if they are considered useless to their captors they will be murdered anyway so death seems inevitable. But one captive is hiding something more than military secrets, and there are several twists and turns.
One of the odder twists is how intimate the torture begins, with interrogation inexplicably becoming mind games and even a bizarre form of confession. As opposed to the sterile terror of a Saw style torture porn the lingering close-range glares between the people involved in the bloody business veers between pain, hate, and some kind of lingering desire to dominate and possess.

It’s…unique. Sometimes it feels a bit didactic (trying to turn real world kidnapping and murder into fantasy empowerment feels a touch iffy) but it’s certainly compelling at its best. At its worst, Wildcat is grueling. Perhaps intentionally there’s a lot of scenes of people just lying around in cells doing not much except waiting for the next horrible event to unfold. There’s also LONG sequences of people talking at each other in hushed whispers.

The acting is fine and the sound balance never makes it impossible to tell what’s being said, but there’s a disturbing ASMR effect to hearing half the spoken words as if they’re being huskily breathed directly into your ears. The pace is sporadic but does at least have a shocking beginning and a compelling conclusion. It’s uneven and even emotionally distressing but it hangs together as a story and character piece and it looks gorgeous and gritty throughout.