THE NEXT DOCTOR WHO – JODIE WHITTAKER 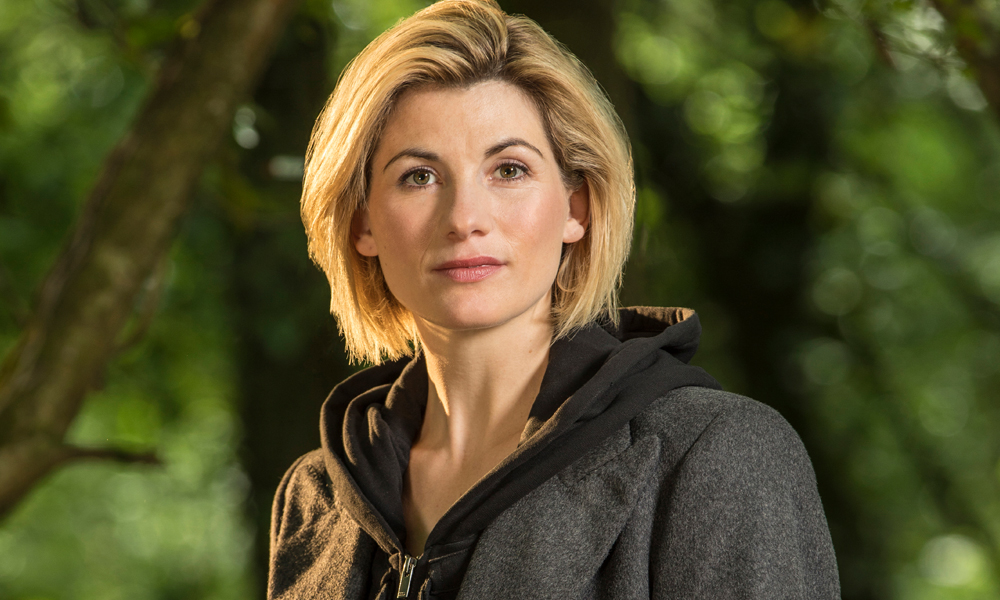 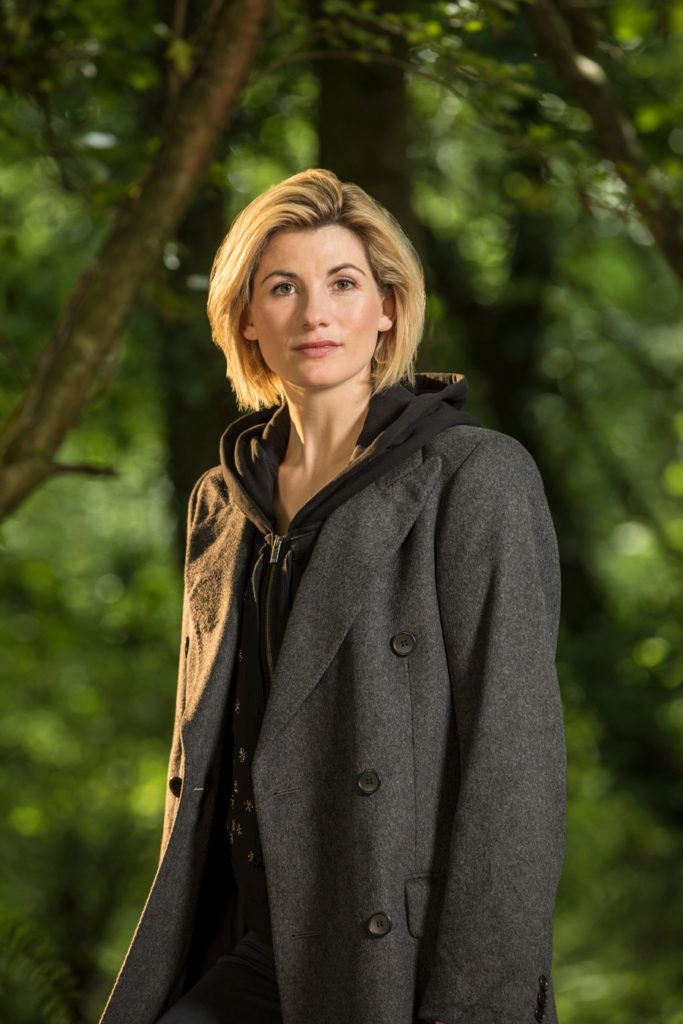 It’s official, we have a new Doctor and it is Jodie Whittaker. Check out the full press release and interview below!

Press Release: New York – July 16, 2017 – The BBC and BBC AMERICA today announced to the world that Jodie Whittaker will be the new Doctor Who. She will be the Thirteenth Time Lord and take over from Peter Capaldi who leaves the global hit show at Christmas.

New head writer and executive producer Chris Chibnall who takes over from Steven Moffat on the next series made the decision to cast the first ever woman in the iconic role.

Jodie Whittaker says: “I’m beyond excited to begin this epic journey – with Chris and with every Whovian on this planet. It’s more than an honor to play the Doctor. It means remembering everyone I used to be, while stepping forward to embrace everything the Doctor stands for: hope. I can’t wait.”

Chris Chibnall, New Head Writer and Executive Producer says: “After months of lists, conversations, auditions, recalls, and a lot of secret-keeping, we’re excited to welcome Jodie Whittaker as the Thirteenth Doctor. I always knew I wanted the Thirteenth Doctor to be a woman and we’re thrilled to have secured our number one choice. Her audition for The Doctor simply blew us all away.  Jodie is an in-demand, funny, inspiring, super-smart force of nature and will bring loads of wit, strength and warmth to the role. The Thirteenth Doctor is on her way.”

Peter Capaldi says: “Anyone who has seen Jodie Whittaker’s work will know that she is a wonderful actress of great individuality and charm. She has above all the huge heart to play this most special part. She’s going to be a fantastic Doctor.”

Sarah Barnett, President of BBC AMERICA says: “The fact that there was so much interest in, quite literally, ‘Who?‘ speaks volumes about the enduring power of the Doctor Who franchise around the world and for BBC AMERICA viewers. We couldn’t be happier to welcome the remarkable Jodie Whittaker as a history making Thirteenth Doctor and look forward to the continuation of this story.”

Charlotte Moore, Director of BBC Content says: “Making history is what Doctor Who is all about and Chris Chibnall’s bold new take on the next Time Lord is exactly that. The nation is going to fall in love with Jodie Whittaker – and have lots of fun too!”

Piers Wenger, Controller BBC Drama says: “Jodie is not just a talented actor but she has a bold and brilliant vision for her Doctor. She aced it in her audition both technically and with the powerful female life force she brings to the role. She is destined to be an utterly iconic Doctor.”

Matt Strevens, Executive Producer says: “I’m so thrilled that Jodie Whittaker said yes to playing the Doctor. I’ve been a fan for years and always hoped to work with her. She is an actor of great emotional range and inhabits every role with complete passion and conviction. Just thinking about what she will bring to the Doctor makes me as excited as a kid at Christmas. It’s going to be a lot of fun.”

1) What does it feel like to be the Thirteenth Doctor?

It’s very nerve-racking, as it’s been so secret!

To be asked to play the ultimate character, to get to play pretend in the truest form:  this is why I wanted to be an actor in the first place. To be able to play someone who is literally reinvented on screen, with all the freedoms that brings: what an unbelievable opportunity. And added to that, to be the first woman in that role.

3) Has it been hard to keep the secret?

Yes. Very hard! I’ve told a lot of lies! I’ve embroiled myself in a whole world of lies which is going to come back at me when this is announced!

4) Who was the first person you told when you got the role?

My husband. Because I was allowed to!

5) Did you have a codename and if so what was it?

In my home, and with my agent, it was The Clooney. Because to me and my husband, George is an iconic guy. And we thought: what’s a really famous iconic name? It was just fitting.

6) What does it feel like to be the first woman Doctor?

It feels completely overwhelming, as a feminist, as a woman, as an actor, as a human, as someone who wants to continually push themselves and challenge themselves, and not be boxed in by what you’re told you can and can’t be. It feels incredible.

7) What do you want to tell the fans?

I want to tell the fans not to be scared by my gender. Because this is a really exciting time, and Doctor Who represents everything that’s exciting about change. The fans have lived through so many changes, and this is only a new, different one, not a fearful one.

8) What are you most excited about?

I’m most excited about becoming part of a family I didn’t even know existed. I was born in 1982, it’s been around longer than me, and it’s a family I couldn’t ever have dreamed I’d be part of.

9) How did Chris sell you the part?

We had a strange chat earlier this year where he tricked me into thinking we were talking about Broadchurch. And I started to quiz him about his new job in Wales, and asked him if I could be a baddie! And he quickly diverted the conversation to suggest I should consider auditioning to be the 13th Clooney.

It was the most incredible chat because I asked every question under the sun, and I said I’d take a few weeks to decide whether I was going to audition. He got a phone call within 24 hours. He would’ve got a phone call sooner, but my husband was away and there was a time difference!

No. There was no persuasion needed. If you need to be persuaded to do this part, you’re not right for this part, and the part isn’t right for you. I also think, for anyone taking this on, you have to want to fight for it, which I certainly had to do. I know there will have been some phenomenal actors who threw their hats in the ring.

12) Is that your costume in the filmed sequence which introduced you as the new Doctor?

13) Have any of the other Doctors given you advice?

Well they can’t because they haven’t known until now, but I’m certainly expecting a couple of calls – I’ve got a couple of mates in there. I’m mates with a companion [Arthur Darvill], I’m mates with a trio of Doctors. I know Matt Smith, Chris Eccleston and obviously David Tennant. Oh! And let’s throw in David Bradley! Four Doctors! So I’m hoping I get some calls of advice.

Jodie Whittaker graduated from the Guildhall School of Music and Drama in 2005 with a gold medal in Acting. Since then she has worked continually in Film, Television and Theatre.  Her TV credits include the critically acclaimed BBC AMERICA and ITV drama ‘Broadchurch’ (for which she was nominated for ‘Best Actress’ for the RTS Television Awards), Emmy award-winning ‘Black Mirror’, Sky 1’s ‘The Smoke’, BBC’s ‘Cranford’, in which she starred opposite Judi Dench and Imelda Staunton, ‘The Night Watch'(BBC), ‘The Accused'(BBC), and ‘Tess of the D’Urbervilles’ (BBC).

Jodie has recently finished shooting ‘Journeyman’ written and directed by Paddy Considine as well as the lead in the new BBC drama series ‘Trust Me’. Her other film credits include ‘Venus’, (which earned her nominations for ‘Best Newcomer’ at the ‘British Independent Film Awards’, ‘Best British Newcomer’ at the ‘Critic’s Circle Awards’ and ‘Best Actress in a Motion Picture’ at the ‘Satellite Awards’), ‘Attack the Block’, ‘One Day’, ‘Black Sea’, ‘Good Vibrations’, ‘St.Trinian’s’, ‘Get Santa’ and most recently ‘Adult Life Skills’ which she Executive Produced as well as starred in which received a number of BIFA nominations.

Jodie made her professional theatrical debut at Shakespeare’s Globe Theatre in ‘The Storm’. Other theatre credits include playing the title role in ‘Antigone’ at the Royal National Theatre, ‘Bash’ at the Trafalgar Studios ‘Awake and Sing’ and ‘Enemies’ at the Almeida, both directed by the then Artistic Director, Michael Attenborough.