“Who?” Classic Science Fiction Novel of the Week review 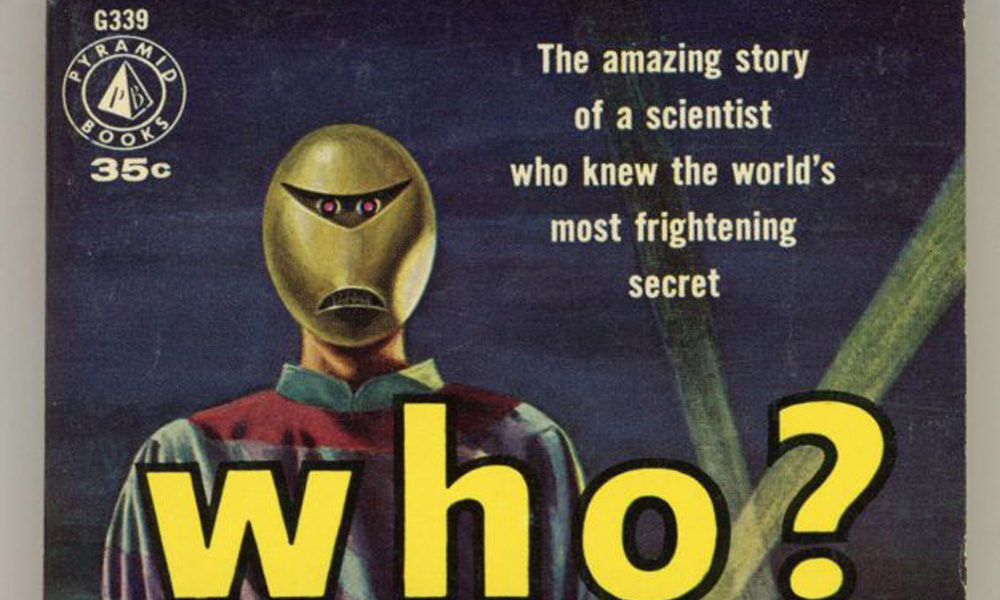 “Who?” by Algis Budrys was nominated for a Hugo award in 1959 for best novel. It is a haunting novel of the loss of 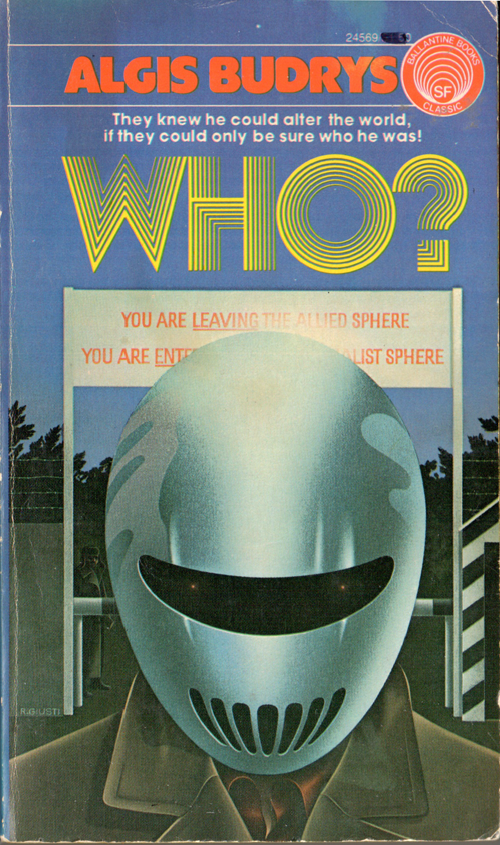 identity set against the Cold War area of paranoia and sense of impending destruction.

The Russians kidnap Dr. Lucas Martino, an Allied scientist working on a secret project known as K-88 near the Soviet border. Months later after demands and from American officials, the Soviets agree to turn over the scientist back to the U.S. However the man returned looks nothing like the scientist they expected. Claiming that he had suffered industries in an explosion, Martino looks more mechanical than human. He has a mechanical arm that is more advanced than any produced in the West and his head is now a nearly featureless metal skull.

Although the fingerprints show him to be Martino but the allies are suspicious that this could be a result of an arm transplant. Despite their best attempts, government officials are unable to conclude for certain that the man is indeed, Dr. Martino. Worried that he may actually be a Soviet spy, Martino is not permitted to return to work, or work in scientific fields in anyway. When the K-88 project is stalled, Martino is finally asked to return but refuses, even denying that he is Martino.

Budrys tells the story from two narrative levels. One is in past that fills us in on Martino’s life prior to his abduction and the other in a present as he struggles to figure out exactly who he is and where he fits in the world. The looming threat of potential nuclear war with the Soviet Union hangs like a shadow over Martino as his once trusted colleagues are openly suspicious of his motives and allegiances. He finds himself as an outcast in his own country. The last part of the novel fills in the gaps of Martino’s time as prisoner to the Russians and how he came to be in his current state of physical being. He is a tragic figure and a man without a country.

The alternating narratives could have been distracting but in Budrys’ hands they are perfectly woven together and mesh into a fantastic climax which answers all of the reader’s questions. The movie was adapted into a film of the same name in 1974 starring Elliott Gould and is also known by the title “The Man in the Steel Mask”. At 157 pages it is a brisk but compelling novel.