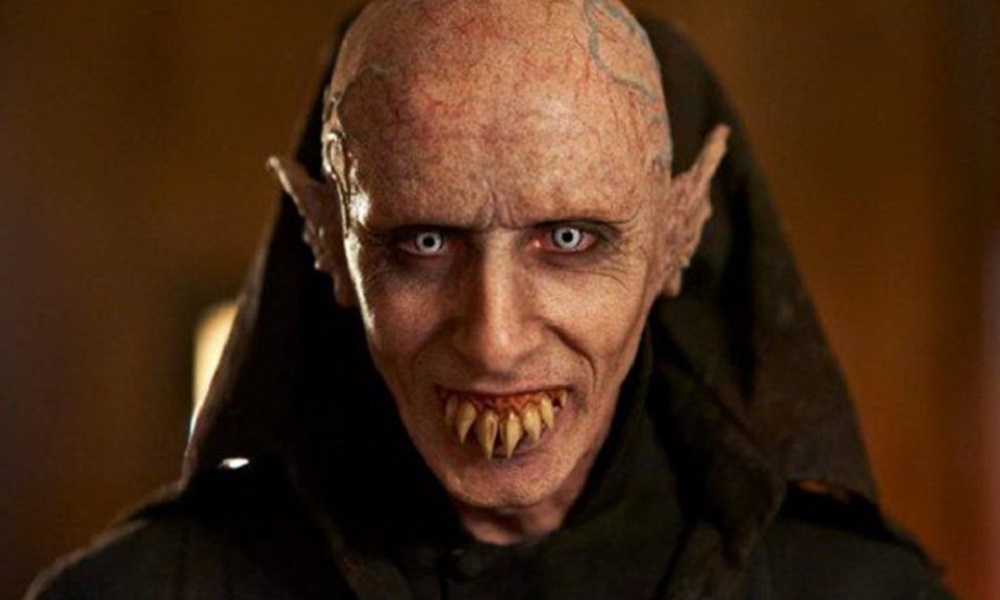 TIME SUCK: A REVIEW OF WHAT WE DO IN THE SHADOWS (2014) SANS SPOILERS

What We Do In the Shadows (2014), co-written and co-directed by and co-starring New Zealanders Jemaine Clement and Taika Waititi, is a mockumentary about vampires that was obviously inspired by MTV’s Real World, the show credited with launching the modern reality TV genre.  But instead of featuring seven or eight young adult strangers temporarily living together in the same residence in a new city, What We Do In the Shadows features four centuries-old vampires living—or rather, unliving—together in a flat in the Wellington, New Zealand inner-city suburb of Te Aro.

The four vampire roommates are Viago (played by Taika Waititi), Vladislav (played by Jemaine Clement), Deacon, and Petyr.  The 379-year-old Viago, the leader of the household, “was an 18th century dandy, so he can be very fussy.”  The 862-year-old Vladislav, obviously modeled after “Vlad the Impaler” Dracula, “grew up in the Medieval times” and “used to be extremely powerful.”  The 183-year-old Deacon, “the young bad boy of the group,” doesn’t pull his own weight in the flat.  And the 8,000-year-old Petyr, who looks like Count Orlok from Nosferatu (1922), lives in the cellar. 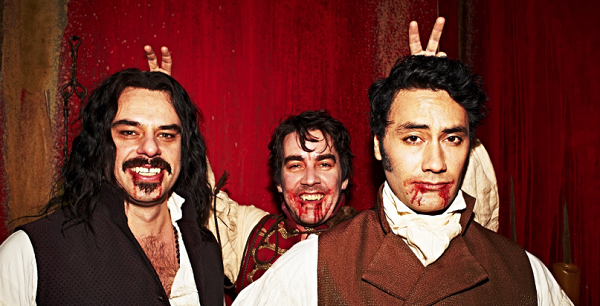 The mockumentary reveals these four vampires not as proud and powerful princes of darkness but as poor, pathetic geeks hopelessly out of touch with modern society.  (In Interview with the Vampire (1994) Antonio Banderas’s vampire Armand laments, “The world changes; we do not.”)  But the “lovable loser” angle provides only puerile and anemic Nickelodeon-level humor, with lines such as “I tended to torture when I was in a bad place,” “I go for a look which I call dead but delicious,” “We’re werewolves, not swearwolves,” and “Get up and stand on the ceiling like a man!”

What We Do In the Shadows feels like a comedy sketch turned into a feature-length movie, and in fact Clement and Waititi did originally do it as a 2006 short film with the same title.  But what is only faintly funny at 29 minutes is even less so at 85 minutes, and the mostly improvised low-grade material certainly isn’t elevated by the mediocre acting.  The premise did have potential: What We Do In the Shadows could’ve provided, uh, biting satire and social commentary about the modern world.  But instead its creators plucked fruit that was both low-hanging and rotting on the vine.