What Happened To Monday? (2017): A Masterful Sci-Fi Suspense Thriller 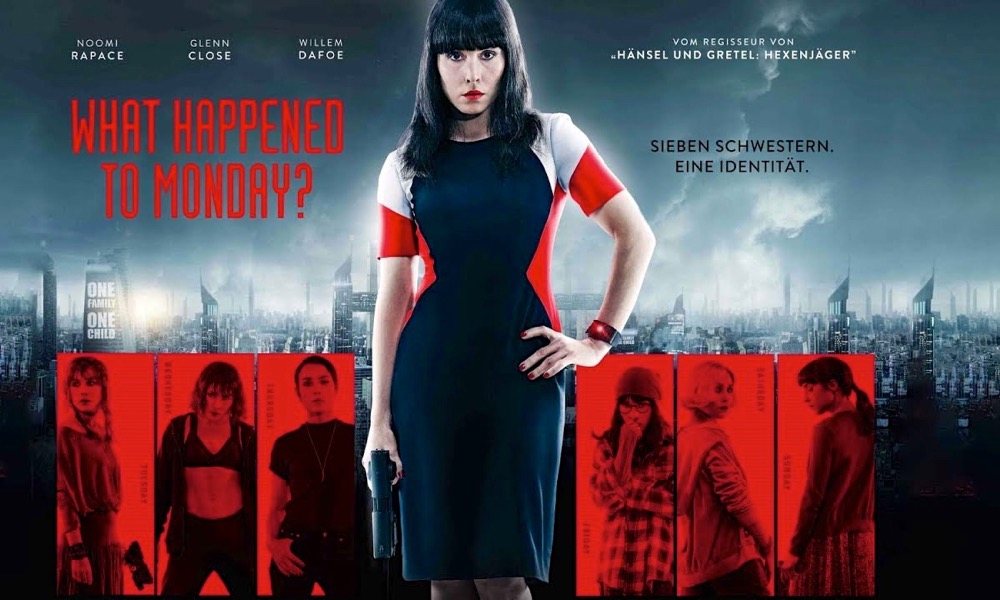 With all the suspense, thrills, and action of Hitchcock’s North By Northwest combined with the aesthetics of a seventies over-population themed dystopian science fiction film such as Soylent Green, What Happened To Monday is one of the most excellent movies of its type I have seen in a long while. This film is more than a science fiction suspense thriller; it’s also a tragedy as seven women get chewed up by a world they did not choose to get born into, and their struggle to survive.

What Happened To Monday features Noomi Rapace in a remarkable and outstanding ensemble-like performance portraying septuplets, seven sisters, each with a distinctive personality of her own who have the misfortune of being born into circumstances unfriendly to their existence. A world with too many people with laws that make giving birth to more than one child illegal. The population is under the control of the all-powerful Child Allocation Bureau (CAB) a government agency that, on the surface, appears to be benevolent. 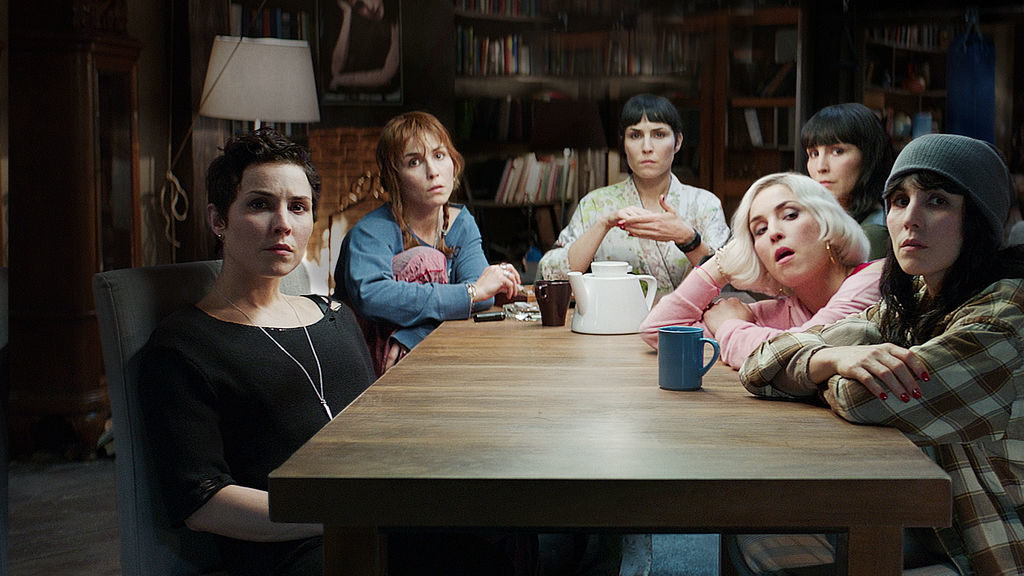 The world they are born in, a near future version of our society, is a harsh one with barely enough food to feed the population of a  crowded planet whose ecosystem is close to destroyed. At one point, the sisters are seen dining on a rat purchased at a local market. There is no pretense here. There are scenes like we have seen in movies of this kind before of unemployed people milling around and living in the street. So many people it’s scary not unlike our world of today. To make things worse everything and everyone is kept in line by a fascist government that still pretends to be a democracy, and like all governments when you disagree with them, the disagreement is solved by thugs with guns.

The government has a program carried out by the CAB to deal with the extra children unfortunate enough to get born and then caught. The program takes the children and puts them into cryo-sleep until things get better and sufficient for them to get reawakened.

The father (Dafoe), who names the girls after the days of the week, takes careful steps to ensure their survival while they are still quite young. He sets up an ingenious system where they all pretend to be one individual.  We come to understand these girls thoroughly, as we witness them growing up. As time passes, and the sisters grow older, they each get a chance to experience the outside world for themselves and they each respond to it differently. Each gets one day a week outside on the day they are named for and share their experiences in detail at the end of the day. It’s a system that ensures they all share the same knowledge of the outside world. As they grow older still, the father helps them choose a path for their future that utilizes their strengths as a group. They exist as a kind of hive mind. There are problems of course, and like all siblings, they bicker and disagree. Like all children there is disobedience, and as an example when one of them goes out when she shouldn’t and has an accident that damages her finger, they all must have the same finger removed to perpetuate the illusion they are one person.

After methodically setting up the premise of the film and the establishing the context it takes place in the movie takes a sudden turn that for the ladies, sets this world on fire. I should mention that Glenn Close is memorable as the face of the CAB, one Nicollette Cayman, who as it turns out is running for office as the head of the government. Her face is the face of a politician that smiles all the time and says all the right things, but just beneath the surface, if you look closely, something is lurking we have seen before, its the evil queen from any classic fairy tale.  The sisters wind up in a bad situation but prove themselves smart, resourceful and formidable foes.

One day Monday, who’s always super reliable, doesn’t come home from work. Naturally, this creates serious fear at home and marks the beginning of an avalanche of occurrences that eventually proves fatal for some. After onset, their investigation into their missing sister things go badly, and the sisters, faced with the problem of two sisters missing, and that’s when they get raided by the CAB. They are busted, and things look bad until one of them gets the drop on the government thugs sent to arrest them, and a knockdown, drag-out, a brawl ensues. It’s one hell of a fight that the sisters eventually win. At this point, the movie becomes a series of extraordinarily suspenseful and tense scenes that seem like a juggernaut in its relentless momentum. There’s the mystery of the missing sisters coupled by now having to acquire new lodgings and avoid capture by the CAB.

To pursue one lead in their investigation one sister visits a douche from Monday’s workplace to find out what he knows, and it turns out he was attempting to blackmail Monday but while she is questioning him he is assassinated by a sniper, and she finds herself trapped in his apartment. She eventually manages to escape what looks like certain death for her which leads to an extended chase across town as she attempts to escape the forces of the CAB led by their head agent, a very clean-cut fellow known only as Joe. She manages to elude them for quite a while but eventually, she runs out of luck and in a memorable scene Joe kills her in cold blood.

Another character, Adrian who is a checkpoint guard for the CAB gets involved when he shows up looking for Monday, and when he meets another sister in her place, he assumes it’s her. They have sex, and he doesn’t seem to realize its a different woman than the one he knows. Adrain is in love with Monday and ends up helping the remaining sisters in their fight for survival.

The sisters continue to elude their pursuers and eventually get the upper hand, and the bad guys find justice mostly the hard way. Also along the way, a terrible secret about the CAB and Cayman is revealed, and it changes everything making the world a better place.

What Happened To Monday is a fast-paced, violent, action-packed film filled to the brim with suspense and mystery and remarkably well done in almost every respect; story, acting, and production quality are all top notch. It all adds up to an excellent, enjoyable, and very entertaining film well worth checking out maybe more than once. Rapace is the bomb in this movie and deserves acknowledgment for a job well done.