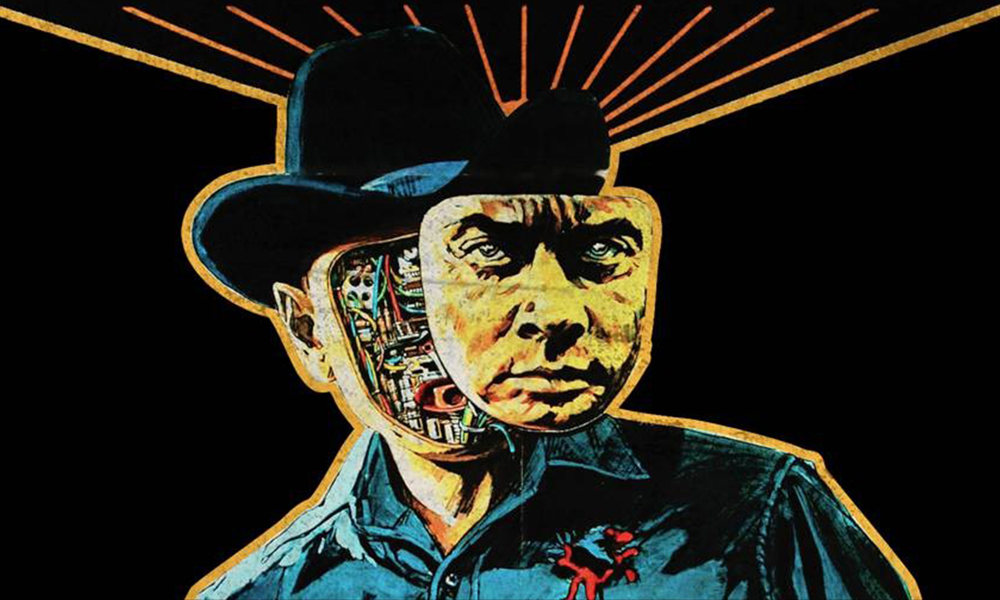 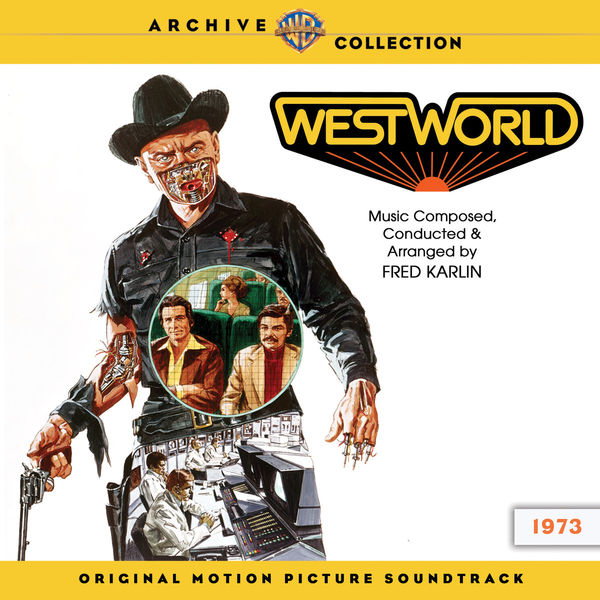 With the success of the HBO series, Westworld, Warner Archive has gone back and given the royal treatment to their original film’s score. Yes, kiddies, there was actually a movie called Westworld before there was a hit TV series. Before Ramin Djawdi redefined such classics as “Black Hole Sun” and “House of the Rising Sun”, Fred Karlin crafted a Western/ Science Fiction score the likes of which haven’t been duplicated since. However, those two are not the only types of genre music this movie about a killer robot cowboy will dive into.

For a soundtrack aficionado, the name Fred Karlin did not ring a bell. Karlin was a workhorse during the seventies and eighties for television. In his career, he has tallied over 153 composer credits, but outside of Westworld and its sequel, Future World (1976), none if his work is of note. He would score 18 different projects between Westworld and its sequel, so the man was one of hell of a composer.

As I mentioned before, Westworld is that strange blending of genres that rarely happens successfully. What is of note here, in Karlin’s score, is that he has to blend another genre of music to this score, the amusement park. Westworld is, after all, just an attraction for people to visit. This is why “The Western Warble” (Track #1) may put a few people off initially. It’s a fun track that reminds anyone of Frontier Land or those animatronic shooting ranges. It never gets too campy, but keeps a great beat going via the banjo.

“Chase From Westworld” (Track #3) is the foreboding Gunslinger track. It’s relentless and quick. You can picture Richard Benjamin and James Brolin on the run. It has fantastic horns and killer strings, but also an eerie undertone that is not western at all. It is completely sci-fi. Karlin easily returns to this music in both the “The Gunslinger” (Track #9) and “Chase From Westworld Part 2” (Track #12).

One part of Westworld ,that I always thought was a sore thumb was Medieval World. There really is no connection to Brolin and Benjamin’s characters to the people that chose Medieval World. I always felt as if there should have been. The results are the same, but it lacks an emotional tie. This part of the story adds yet another facet to Karlin’s score in that the music for this part of the story is harpsichords, flutes, and tambourines. You will want to listen to “Medieval World” (Track #6) and “The Queen’s Indiscretion” (Track #8).

This is definitely one of the most diverse movie scores I have ever heard. In a mere 33 minutes, you get a western theme, a medieval jam, a haunting chase, a honkytonk piano, and even a bit of muzak (Hovercraft Muzak, Track #11). Don’t forget that underlining all of that is a science fiction theme cementing your movie score gold.

The Warner Archive is a great collection of scores that stretch back to Hollywood’s hay day of The Wizard of Oz to the modern scores of A Nightmare on Elmstreet. I highly recommend diving into their catalog. [review]