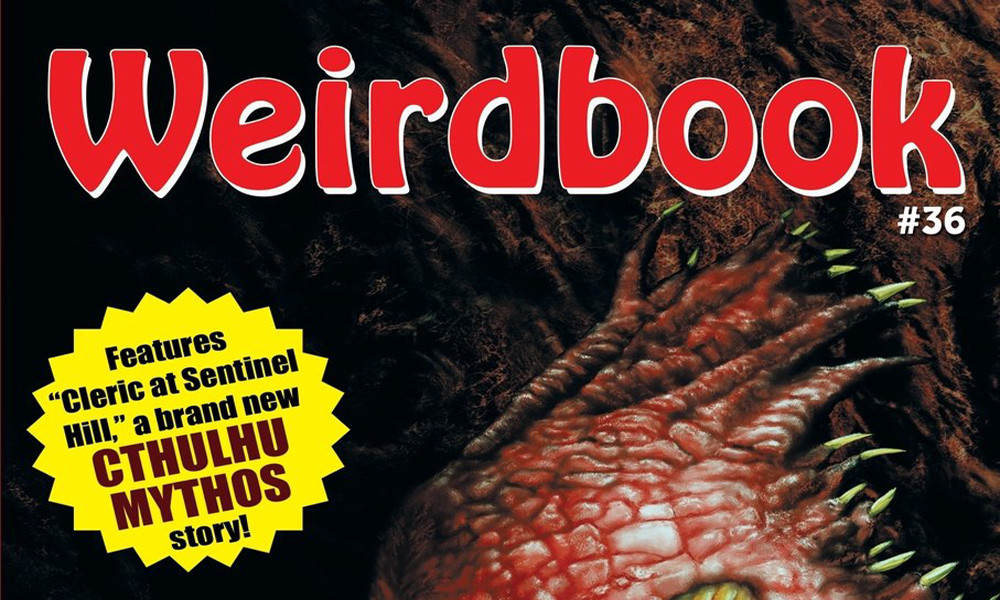 Paul Ganley’s Weirdbook was one of the best small press publications of the 1970s. Modeled very much on Weird Tales, it featured “weird” fiction of all kinds. “Weird fiction” was a catch-all term used by Lovecraft and others in the early 20th century to describe everything from fantasy to horror to science fiction that had a darker bent. This was before the fiction markets felt the need to delineate things into more discrete categories. The wide-openness of it all resulted in many interesting hybrids and much innovation. 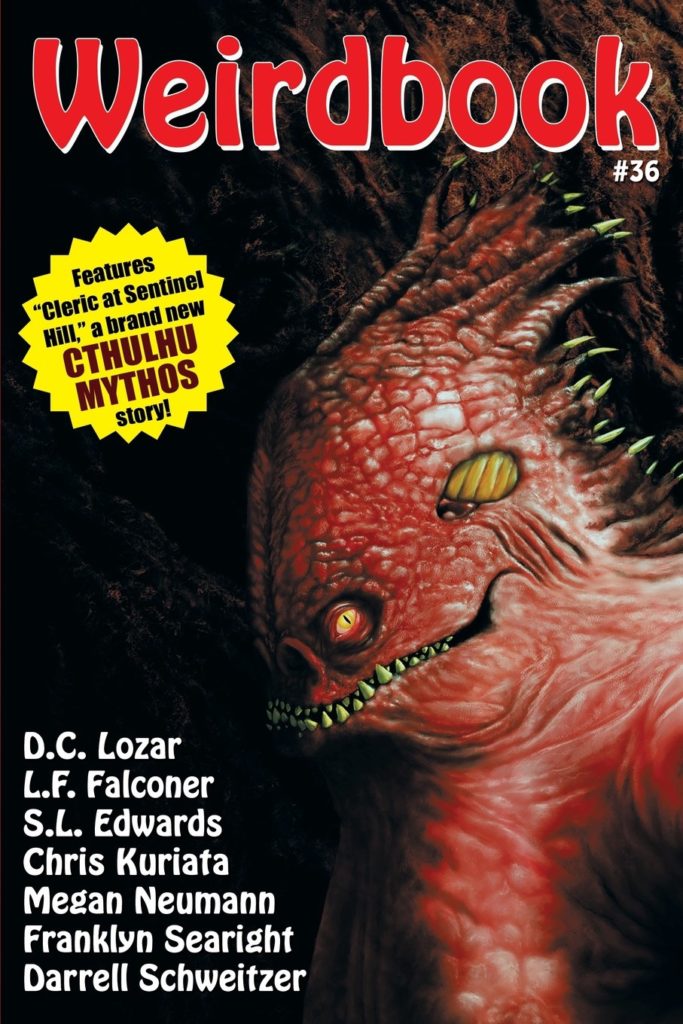 In 2015, Ganley gave editor, Doug Draa, his blessing to resurrect Weirdbook. From what I’ve heard so far, Draa has been doing a good job. However, this is the first issue of the new incarnation of Weirdbook that I’ve had a chance to read. For the sake of brevity, I’m going to concentrate on the stories that I liked or that, at least, really stood out to me. Anthologies are uneven by nature and even Weird Tales in its “Golden Age” suffered from that.

“Burn on the Bayou” by L.F. Falconer features one Lucien Greyshire, a mysterious fellow who’s throwing a party in a haunted Southern plantation house. A good tale which starts off the issue well. I get the impression that Greyshire might be a series character for Falconer. If so, I wouldn’t mind reading more stories featuring him.

“The Quiet on the Water” by C.C. Adams is a well-done warning to never push your luck–and those you love–too far.

“The Haggard Brothers Go to Town” by James Pratt is a story that I didn’t think I’d like, but ended up doing so anyway. “Three pseudo-hillbilly sons of a wizard go to town so one of them can woo a rival wizard’s daughter” really doesn’t do it justice. I am usually not–at all–into humorous fantasy, but Pratt pulled this off.

“The Awakening” by Megan Neumann is the tale of a young girl with paranormal talents. While one could assert that this theme has been done to death, Neumann does a fine job of keeping things interesting. Another one I liked better than I thought I might.

“Dead Line” by D.C. Lozar is, yet again, a story of a type that usually isn’t in my wheelhouse. Despite that, it kept me reading and I’m glad I did.

“The Waterman’s Song” by MB Vigil felt somewhere in between Lovecraft and Wellman. Interesting, if not top-notch.

A tale of modern-day dark magic in a trailer park,”Maleficium” by Kelly Gould kept me guessing as to who to root for until the very end.

Matt Sullivan is an author whose work I’ve read before. His “We Who Walk On Worlds” is a good tale of sword and sorcery. I felt his protagonist sailed through the fights a bit too easily–for several reasons–but this is still solid. A promising author who just needs to polish his skills a bit more.

Editor Doug Draa proffers up another tale of swords and sorcery with W.D. Clifton’s “Like Falling Snow.” A worthwhile story. Good atmosphere and the fight was well-done. I’d like to see more stories of the protagonist, Kho.

“The Oldest Story” by S.L. Edwards is the most Lovecraftian story in this issue, though not technically a “Mythos” tale. It also has more than a touch of Robert W. Chambers in it. Those are pluses in my book.

“Geronimo Versus Frankenstein” by Neal Privett is pretty much what it says. This could’ve turned to crap pretty easily, but ended up being a lot of fun.

“Vandegald’s Globes” by Jeremy Hayes is a fantasy tale which points out that, sometimes, it’s best to stick with your original business model and not to go for the next level. I liked it.

I want to note one final aspect of this issue. This is a quality book when it comes to production values. Nice binding and paper. The art inside and out is excellent.

When it comes to eclectic dark fantasy, Weirdbook is setting a high bar for others to aspire to.

One thought on “Weirdbook #36 book review”