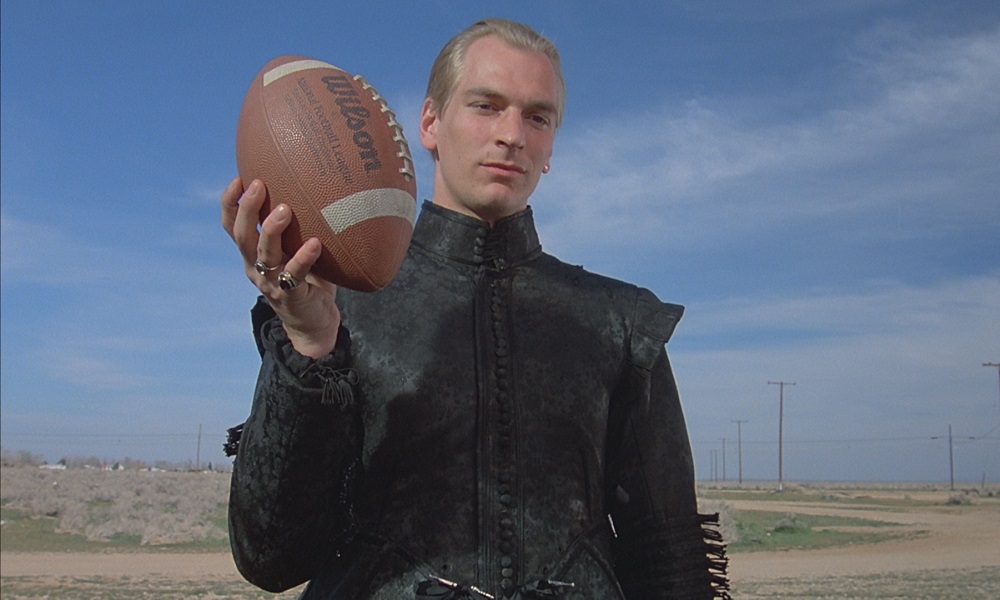 We live in a brave new world of franchising, in which sequels simply mean new chapters in an exciting story instead of the studio beating their various cash cows into the ground. James Bond set the standard, but he was all alone for many years, and now with such properties as Star Wars and the MCU maintaining a reasonably high standard of quality with every outing, we no longer look askance at those misbegotten movies with Roman numerals after the title. Thanks to the advent of DVD and Blu-ray, however, we can get a clear look at the path would-be franchises used to take… usually a downhill run straight to oblivion.

Simply put, the second, third and subsequent parts of a given series sometimes weren’t good enough to merit purchase as a DVD or Blu-ray on their own. After careful calculation, the studio bean-counters decided instead to release a “definitive collection” that pairs a reliable first outing with the stinkers that followed essentially acting as bonus features. You can see it in the likes of RoboCop and A Nightmare on Elm Street, but they didn’t limit those tactics to the top of the food chain.

Which brings me to Warlock, a decent little late 80s horror flick whose success spawned a pair of far-less-interesting sequels. The new Blu-ray set featuring all three movies has just hit shelves, and beyond the qualities of the films themselves (only one of which really bears mentioning), it stands as an interesting testament as to how Hollywood used to take care of business. 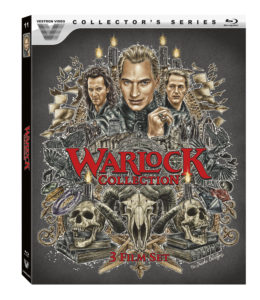 The original movie remains the biggest selling point for the set, and Vestron has helped its case on that front with a lovely visual transfer and a fistful of bonus features (most from older sets, but a few brand-new ones). The film itself works best with lowered expectations, but benefits from the right people being on-hand in the right way. It posits a sort of reverse Terminator: a magic-slinging villain (Julian Sands) scheduled for execution sometime in the 17th Century, who escapes to the then-modern world of 1989 and picks up right where he left off with plans to plunge the Earth into an eternity of darkness. He’s followed by the dogged witch hunter who brought him to justice (Richard E. Grant), who gets a hand from a plucky young modern woman (Lori Singer) caught in the Warlock’s sights.

Both Sands and Grant are slumming a bit, but they definitely elevate the results with their presence: Sands all smirks and unstated menace as the obsessive villain, Grant cheerfully handling straight-man duties as a fish out of water concerned only with stopping the end of the world. They further benefit from the script by David Twohy, who always had a knack for good clean pulp. He adds dozens of little details stemming from actual witchcraft superstitions, such as their vulnerability to salt and the protection of specific sigils, that give the various set pieces a reasonable amount of novelty.

Director Steve Miner brings a quiet tongue-in-cheek tone to the film as well, which benefits from cast and script alike, and while the effects aren’t exactly ILM, their reliance on stop-motion gives them a Harryhausen-esque charm: rendering them more or less immune to the effects of aging. (Ironically, the make-up effects showing Singer growing under the effects of a curse are almost laughably bad.)

All of that, and a surprisingly good soundtrack from the legendary Jerry Goldsmith, elevate it above the level of its schlocky contemporaries. It hardly makes for high art, but it can be great fun for the right sort of genre fan, and the behind-the-scenes goodies, while hardly groundbreaking, certainly help sweeten the pot. At the end of the day, that and the pristine transfer give the new set its primary appeal.

The second and third films, of course, serve more as cautionary examples than anything worth recommending on their own. Grant and Twohy quickly bowed out, leaving it up to Sands to carry the weight of the second film on his own. He appears bored and world-weary for most of it, and while director Anthony Kickox scores a few minor wins in the Ironic Death department, he’s spinning stew out of an oyster. Too much of the film involves a random pair of young people, chosen as the Specials to stop Sands from ending the world again in some damn manner or another, and whenever the camera cuts away from their villain, the air goes completely out of it.

It gets even worse in the third film, which lurched forward without Sands, and didn’t even merit a theatrical release. This time, actor Brue Payne gets saddled with the villain’s duties, and while his oh-so-British sneer is on full display, it can’t bolster a screenplay and scenario that is fresh out of ideas.

Both of the sequels exist here for completion’s sake, which is actually to the Blu-ray’s credit. The original Warlock retains a modest cult following, and fans likely don’t want to have to make multiple purchases merely to have “the complete set.” The other two films can sit quietly in the case until they’re needed (which is likely a lot less often than the original), and the price point stays fixed at a level you’d expect from most Blu-rays. It’s a smart way to market the series, and a nice set both for long-time fans and more recent horror converts looking for something a little offbeat.

This was the way franchises used to be, and while we don’t mourn the demise of the format, it can be interesting watching the way they unfolded from the comparatively superiority of our current ongoing Shangri-La. Indeed, it may be the set’s biggest selling point for hard-core film nerds: capturing all the wrong things about past filmmaking, wrapped up in a reasonably interesting bit of genre fun. Frankly speaking, there are worse ways to take this stuff in, and with the first film more or less justifying the effort, the rest becomes an amusing lesson in the way Hollywood used to work.