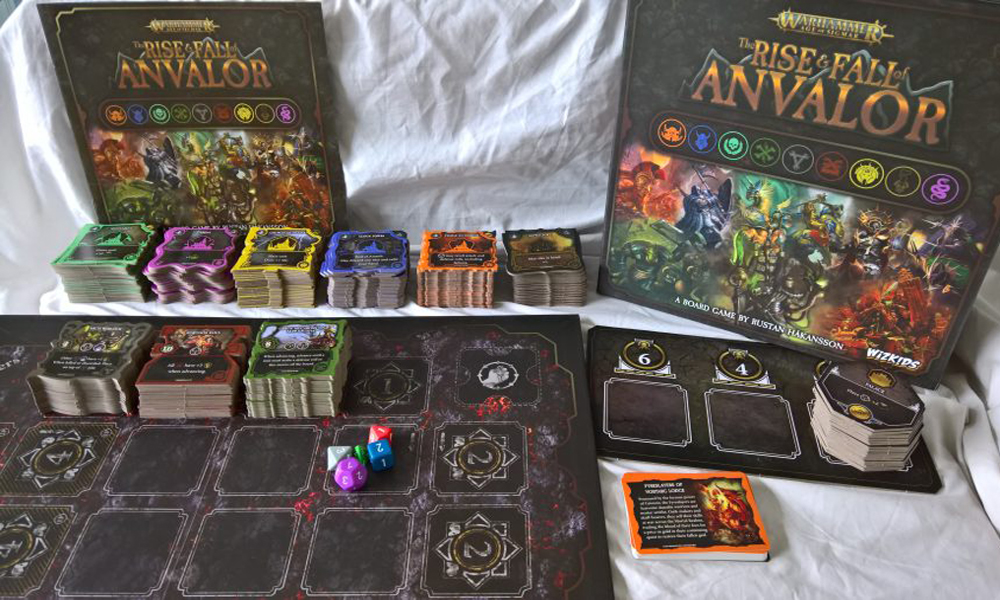 Get ready for a new kind of Warhammer Age of Sigmar excitement. In The Rise & Fall of Anvalor your official task is to help build and defend Anvalor together with the other Factions. However, your real goal is to gather the most 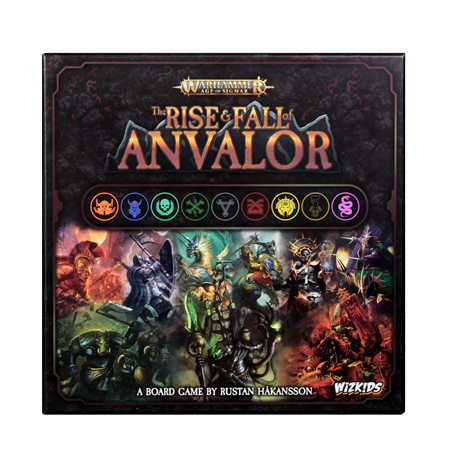 In the region of Aqshy, even if your uneasy allies place their resources in the perfect place, your mutual enemies can be strong and unpredictable. You’ll build resources to block your allies from developing their strongest options, and they’ll return the favor. They’ll weaken enemes and you’ll try to deliver the killing blow. Each turn will provide many choices, so you’ll get to pivot as you learn the strategies best suited to your common enemy as well as your allies.

Play as 1 of 6 factions, each with 4 different aspects and against 1 out of 3 enemies each with a difficulty of 1-4. Coupled with the ability to play solo, there’s an enormous amount of game content.