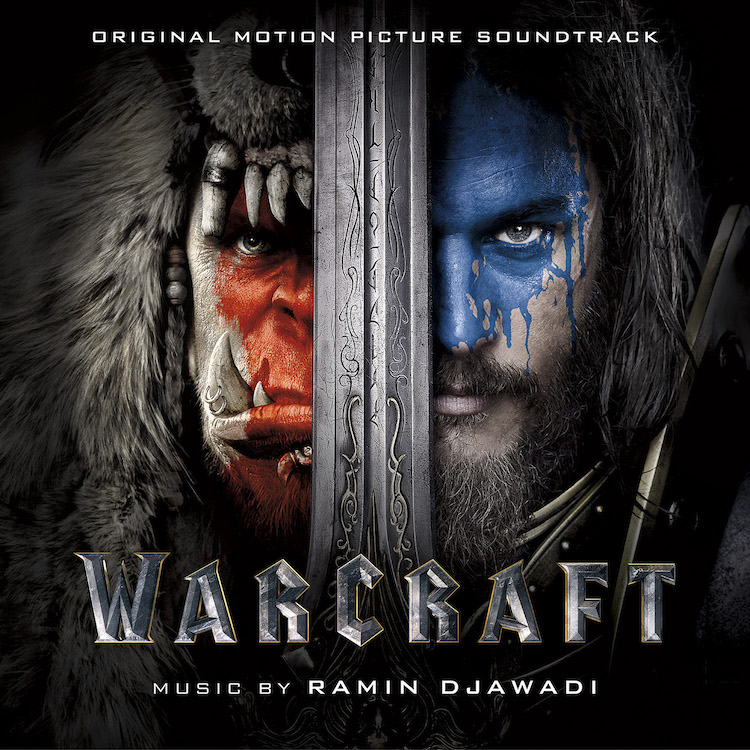 I am not a World of Warcraft (WOW) player, so why would the soundtrack to the film adaptation, Warcraft, interest me? The answer is easy, Ramin Djawadi. The Emmy and Grammy-nominated composer of Game of Thrones, Iron Man, and Pacific Rim knows how to tackle the Sci-Fi/ Fantasy genre. Can he leave Westeros and flush out the world of Azeroth? :Emote Dance: (that means “Yes”)!

Having never played World of Warcraft, I approached the film score with an open ear. The theme, “Warcraft” (Track #1) is solid and pounding, making it a perfect piece of music to carry us through this epic tale. “The Horde” (Track #2) was not what I expected. It is mixed with a heroic theme, obviously for Durotan, yet has traces of evil overtones for the Warlock, Gul’dan. It is a great track, setting a perfect tone for the struggle that the leader of the Frostwolf Clan has to overcome.

“Gul’dan” (Track #7) reminded me of John William’s “Emperor’s Throne Room” from Return of the Jedi. A dark chorus that haunts the score allows us all to have the knowledge that we are in the presence of pure evil. This haunting theme returns again in “The Book” (Track #11). “Lothar” (Track #6) brought up the feeling of family. It is extremely reminiscent of James Horner’s Legends of the Fall score. Perhaps this is tribute to the late composer. Regardless, it is the perfect tone to highlight the family bond between Callan and Anduin.

“Strong Bones” (Track #9) is clearly my favorite in the score. It is the love theme between Durotan and Draka. It is the emotional crutch to the film and really helps to bring these two motion capture characters to life. Anna Galvin (Draka) and Toby Kebbell (Durotan) do just fine on their own, but this music pulls the audience into their predicament.

Since I never played the game, I asked a WOW player for their insight on this score. Their expertise helped paint a better picture as to what strokes Djawadi took from the game and used on his musical canvas. “Warcraft” the main title theme, uses elements from the WOW loading screen. The very same music that accompanies a Griffin in flight, is also heard throughout the score. This can be said for the music of the royal city of Stormwind. However, the track “Forrest Ambush” (#5) is reminiscent of the music that usually plays during a dungeon run in WOW. If you have not seen the movie, spoilers, no characters really run instances. Yes, this score was made with a great love of the game music.

The film is clearly one for the fans of WOW. Being a fan of Ramin Djawadi, I found the score to be a delight. There are pulse pounding battle tracks intermixed with enough villainous tones to make me want to mount a Talbuk. It is everything a fan of the fantasy genre could want, whether the film appeals to you, or not.

Purchase the album on iTunes: http://smarturl.it/WarcraftOST