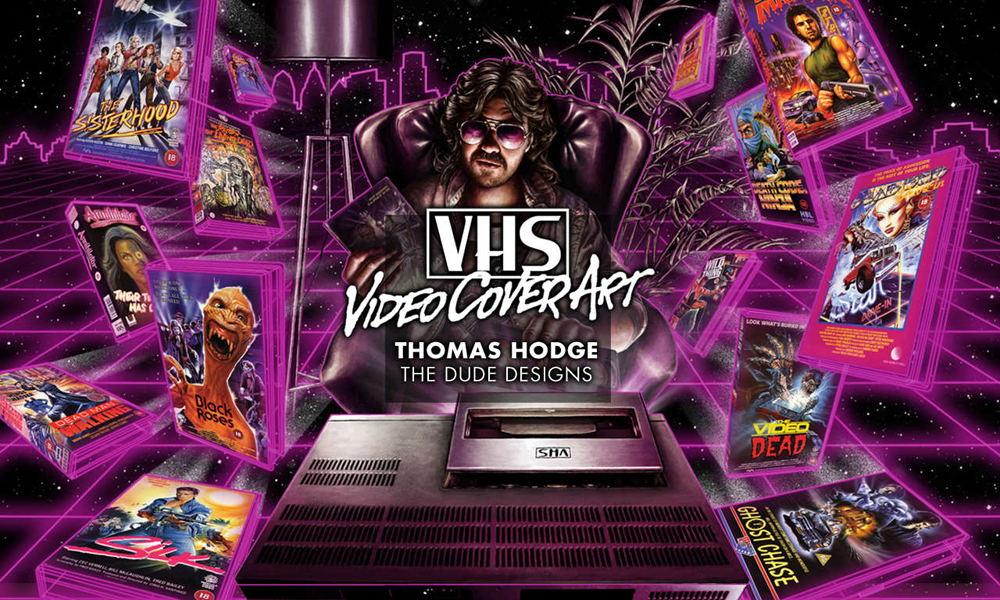 There was a time not too long ago that video stores were as common as the corner gas station.  The mom & pop video stores of the early 1980s gave way to major chains like Blockbuster and Hollywood Video.  It was the golden age of the VHS rental.  It was before the Internet, and before on-demand and streaming services would eventually run the major chains out of business.  One could wander the rows of these stores for hours trying to find a weekend’s worth of entertainment.  Often times the decision on what films to rent was based on one thing…the cover of the VHS tape.

In those days, VHS boxes were the equivalent of 1930s pulp magazines.  They featured lurid covers depicting gun-toting tough guys, scantily-clad women, and blood-drenched gore.  The more provocative the better and nothing was off limits.  VHS Video Cover Art explores this amazing, bygone era of VHS box art whose shelf life was literally shorter than the stores from where they were rented. 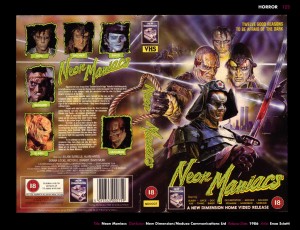 Author Thomas Hodge is himself an illustrator of film art who designed posters for movies like Hobo with a Shotgun, The Heat, and The Innkeepers.  Hodge, a UK resident, gained access to two of the UK’s biggest VHS hoards to compile the book.  Hence the reason why most of the box art in the book comes from UK releases.  Over 240 VHS Box covers are pictured in the book (both back and front covers).  In nearly every example the front cover has an illustration while the back cover generally features scenes from the film along with the usual plot summary.

The book is divided into six sections by genre: Action, Comedy, Horror, Kids, Sci-Fi, and Thrillers.  The covers in the action section all seem to follow the standard format of a hero or heroine with big muscles holding an even bigger gun, surrounded by explosions or fire.  If some of the titles are unfamiliar to you, don’t beat yourself up.  Quite often film titles were changed in their overseas releases.  So for example the film depicted in the book called Deathline was released in the U.S. as Texas Godfather.  IMBD is quite handy for looking up these films.

The 1980s was also the golden age for the teenage raunchy, sex comedy.  These poorly written and poorly acted films were little more than a reason to present 90 minutes of T&A and damn, were they popular!  What catches your eye immediately though is that the overseas releases frequently featured nudity on both front and back covers.

No genre took advantage of shocking covers more than the horror genre.  If I had a dollar for every lousy horror film I rented solely based on the cover…Demons, maniacal killers, zombies, and monsters leapt off the covers and put you in a stranglehold, demanding to be rented.  Covers to films like Neon Maniacs, Slaughterhouse, Sorority House Massacre, and the Stuff, brought back memories both good and bad of Friday nights in front of the TV with your girl on your arm. 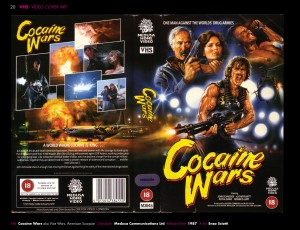 The names of many of the artists who did these covers have been lost in time but their work lives on.  As Hodge notes, should you be lucky enough to find these films at a garage sale or flea market, make sure you grab them as the collector’s market for the films of this era has grown tremendously and some titles can command several thousand dollars.

VHS Video Cover Art is a museum book.  Hodge doesn’t give any information on the titles other than title, distributor, release date and artist (where known) but the book is still a wonderful trip back to an age that will never come around again.