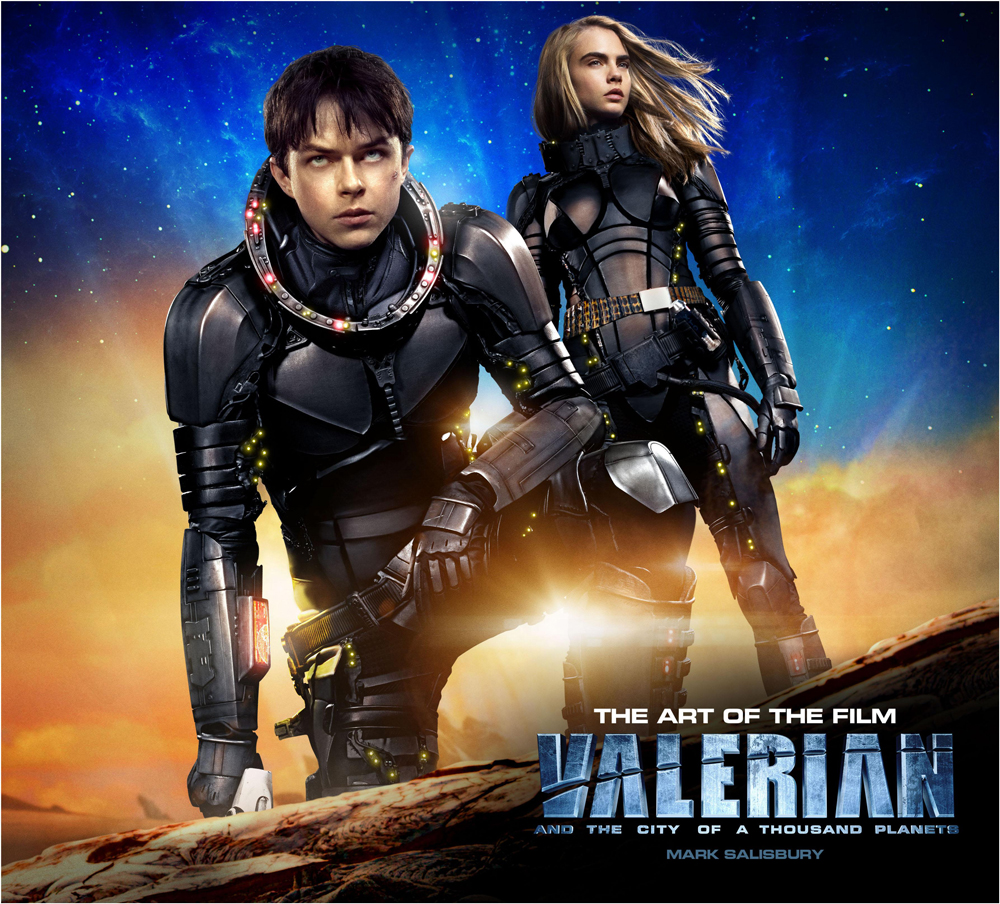 Valerian and the City of a Thousand Planets The Art of the Film – Book Review
Written by: Mark Salisbury
Distributor: Titan Books
Type: Hardcover, 192 pages

Books about the art that went into the making of films have always been a passion of mine. I credit that passion to George Lucas producing numerous books that featured Ralph McQuarrie, Joe Johnston, and Nilo Rodis-Jamero’s artwork of the galaxy far, far away. That artwork was inspiring and a great window of what went into bringing that particular vehicle, costume, creature, or character to life. When Luc Besson announced that he was diving back into the Science Fiction genre with his adaptation of the French comic “Valerian and Laureline”, by Pierre Christin and artist Jean-Claude Mézières, I wondered, would it be a direct translation of the comic to the screen or would it be a jumping off point? Regardless, I was ready to dive into the world I knew very little about.

“Valerian and the City of a Thousand Planets The Art of the Film” by Mark Salisbury is a fascinating behind-the-scenes look at Besson’s film. I found it to be not only an inspiring book loaded with fantastic art by Ben Maure, Patrice Garcia, Hughes Tissandier, and others but also a guide to the wondrous world that Besson had crafted for the silver screen. As each alien species was showcased, I was given so much more than a mere comparison of the comic to the screen. The aliens’ full history and place in the City of Thousand Planets were revealed as well. Having not seen the film yet, I feel as I have just read a full guide as to who and what is present, not to mention their function in the story. 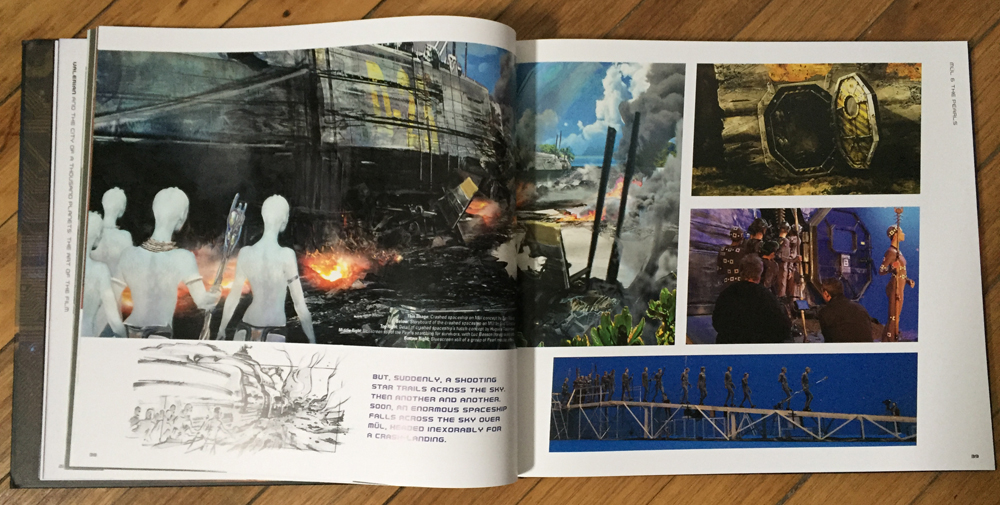 Yet with each reveal, Salisbury included the film’s concept drawings, storyboards, and behind-the-scenes photos. It gives you a real sense how Luc Besson brought his vision to life. There are even pages where a scene from the comic is included as well (seen below).

Many of the bigger artistic concepts of Valerian and the City of a Thousand Planets, such as the “Big Market” are discussed in full detail along with numerous drawings (below). The details here are so precise because Salisbury is given the time to reveal how the “Helmet Service” and “The Sleeve” work so one can comprehend their functions easily. After looking at these pages upon pages of concept drawings and renderings, one wishes to visit the world of Kirian and buy their heart’s desire.

What I found both pleasing and a tad odd was that Besson insisted that nothing in this world he was adapting look like anything we have seen before. It was a mandate of his. What’s odd is that he even changed the hair color of his own heroine, Laureline, because it resembled his heroine from The Fifth Element, who was the direct inspiration for that film. Yet the director still found time to pay tribute to Stanley Kubrick and Orson Wells (Igon Siruss is a tribute to Well’s police captain in Touch Evil, seen below).

Outside of the amazing visuals that occupy the designs for The City of a Thousand Planets, there are tons of alien concept designs to dissect. Salisbury was even fortunate enough to include designs that were not used in the film. The basis for the artists designing the creatures was to look to the Earth’s ocean life and start there. Certainly, there are direct references to the original comic, but those dimensions were in 2-D. On film, they have to live, breathe, and interact with everything. 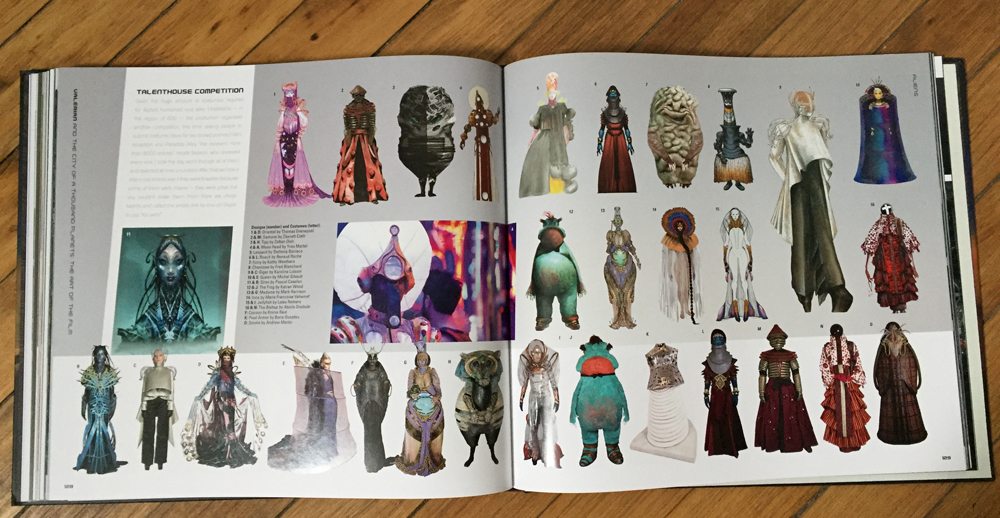 To be honest, I have not yet seen the film. Upon reading this fantastic book, I believe that I may be more prepared than most to watch it. What I have been told by friends and critics is that there are a lot of questions that remain unanswered. I now have a better understanding of “the pearl” and the Mul (focal points to the film). However, with each page, I created the story in my own mind of what the film could be. I liken it to watching the Jodorowsky’s Dune documentary. Everything, you need for your imagination is there in these pages, and perhaps, in this case, this book is enough.

Valerian and the City of a Thousand Planets The Art of the Film – Book Review Reviewed byRobert Trate on August 07. Rating: 5
Our review
Outstanding