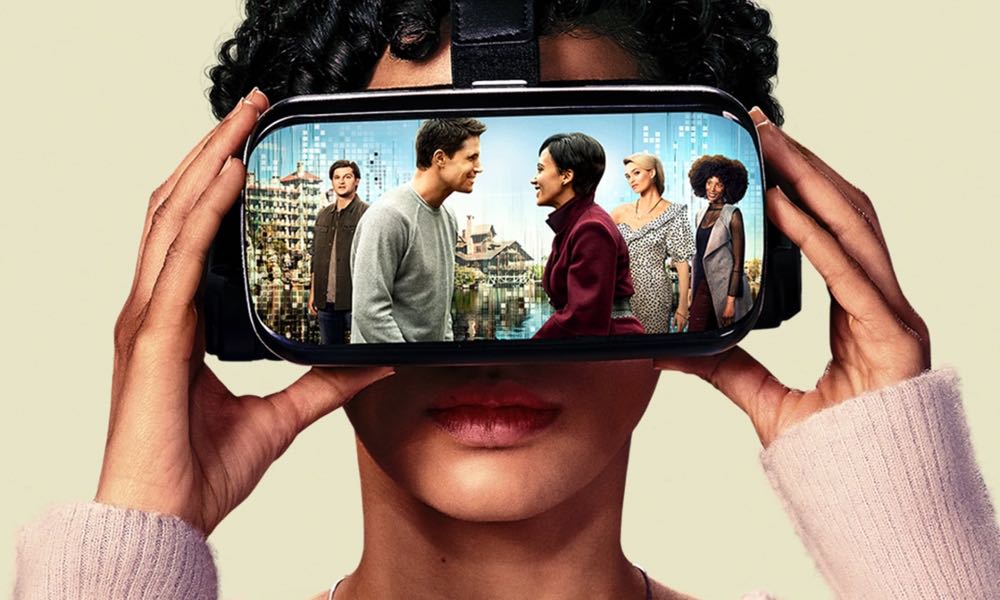 One of 2020’s pleasant surprises, Upload is a thoroughly enjoyable science fiction rom-com that explores all of the advantages (few) and draw2baxks (many) involved in the classic sci-fi premise of uploading your consciousness into a computer’s hard drive. The series portrays this idea with pretty consistently amusing results. Normally romantic comedies and science fiction are not phrases you would typically see in the same sentence, but that, in part, is what Upload is, a sci-fi romantic comedy on the surface, that’s also more.  Initially, it appears a romantic comedy plot is the main thrust of this enjoyable cyberpunk series set in a near-future where a semblance of immortality can be purchased if you can afford the cost. However, there is also a mystery developing that could have world-changing effects going on also.

Although this a primarily light-hearted series on the surface, Upload goes much deeper than you might expect. The series also has a generous share of cutting satire that pokes fun at relationships, life and death,  an American style financially based class system, and everything in between. This series is an enjoyable mix of sci-fi, satire as social commentary, and a comedy with modern sensibilities.  Upload is thoroughly enjoyable as a science fiction series and on several other levels. This series is unique; I have never seen anything like it before on television.

Upload derives a lot of its humor from depicting life in virtual reality (a one-way trip) while simultaneously providing a fresh look at the old sci-fi trope of uploading your consciousness into a computer and achieving a sort of immortality. This series pops the ballon of that fantasy and, using some gallows humor and irony, mercilessly examines all the drawbacks to what that might be like in reality. It’s a route riddled with all sorts of shortcomings, just like life unless you can afford upgrades. Set in a very familiar seeming modern corporatocracy, the show has a lot of fun depicting the afterlife as still being about the haves and have-nots. There’s a direct correlation between how much you have in the bank and the quality of the afterlife you enjoy. This virtual existence features many of the typical characteristics of using a computer, both good and bad. The show doesn’t pull any punches in how it depicts the somewhat gruesome one-way process that reduces you to a digital file, a file subject to the endless assortment of problems one regularly encounters in computers. It’s funny stuff but, behind the laughs, it’s also pretty dark at times. The series’s first season ends on a cliffhanger. Upload already got renewed for a second season.

Life gets complicated for the series two leads when they become mutually attracted because, even though they can visit each other, one of them is literally dead.

Not familiar with this title? Upload is an American science fiction comedy-drama television series. In May 2020, the series premiered on Prime Video and was renewed for a second season seven days later. The series features Robbie Amell as Nathan Brown, a 27-year-old computer engineering grad and newly deceased computer programmer who is uploaded to the digital afterlife Lake View.
The series features Andy Allo as Nora Antony, a living woman who is Nathan’s handler in his afterlife, and the series female lead. I am not a fan of Ammel’s. That is to say, I have never especially enjoyed him in anything before, but he’s okay in this. The supporting cast is delightful in their roles. I look forward to watching season two of this series.