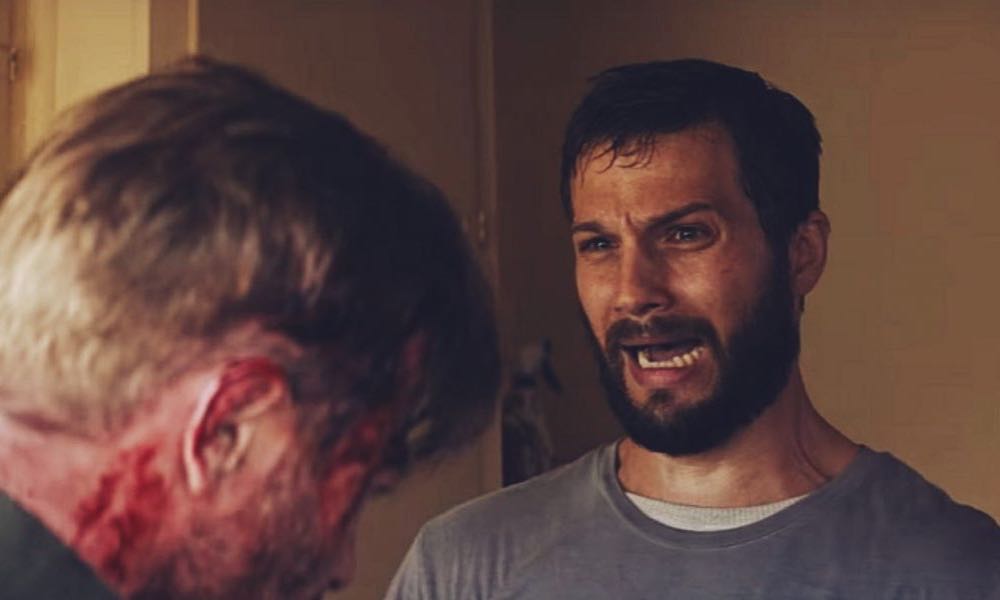 If you take one part Six Million Dollar Man and mix in some standard redneck-with-a-gun-out-for-revenge stuff, you get Upgrade, an atypical, low-budget, cyberpunk fable that mostly hits on all the right notes in both premise and execution. I call the film atypical because, for the most part, Upgrade avoids most of the pitfalls of low-budget science fiction, or ‘B’ films, and gets it right. This film does not try to milk scenes in order to add minutes to the final results or clutter its simple darkly amusing narrative with subplots either. Upgrade moves right ahead and gets down to the business of telling a story that initially seems to be about one thing while transitioning into something else entirely right before your eyes. If you pay attention, the clues for what’s really going on are there, but for the most part, Upgrade is a film that keeps its true story hidden until the end of the film.

In case you are not familiar with the title, Upgrade is a 2018 cyberpunk action/horror film written and directed by Leigh Whannell and starring Logan Marshall-Green, Betty Gabriel, and Harrison Gilbertson. The film follows a technophobe who is implanted with a chip that allows him to control his body after a mugging leaves him paralyzed. The film was produced by Jason Blum, under his Blumhouse Productions banner. Logan Marshall-Green, who does a great job playing the film’s lead protagonist, bears an uncanny resemblance to Tom Hardy, so much so, he could be his brother. The job done by the movie’s other actors, like the film’s casting, is not always on target and leaves room for improvement.

Upgrade makes a feeble attempt to convince the viewer that its narrative takes place in the near future, by way of one futuristic-looking cityscape and car, and one set meant to portray an underground bunker with futuristic sensibilities. The film’s fight scenes are remarkable too, in how they represent the manner in how artificial intelligence might behave and fight. The fights are brief, violent affairs with only one goal in mind, subdue the opponent. The film’s only depiction of the artificial intelligence amusingly named STEM, outside of a generic-looking computer part, is thorough its voice. For  STEM’s utterances, Upgrade falls back on a classic with a voice strongly reminiscent of Hal 9000 from 2001: A Space Odyssey (1968)

Upgrade partly works so well because of how the film approaches its primary subject; the intersection where flesh and technology merge into a symbiotic rapport that enhances human abilities and in the process creates cyborg super-soldiers.  The film explores the topic of cyborg upgrades partly in ways reminiscent of Alita: Battle Angel (2019) but with a lot less CGI involved. Upgrade is an edgy, darkly amusing, and violent film that does not compromise its story to create a predictable happy ending but retains its character consistently throughout its duration.

Upgrade is a pleasantly surprising, mostly enjoyable film that stands as a refreshing reminder that in these days of the big-budget blockbuster, it’s still possible to get excellent results and get the job done on a budget. Talks for a sequel are underway.