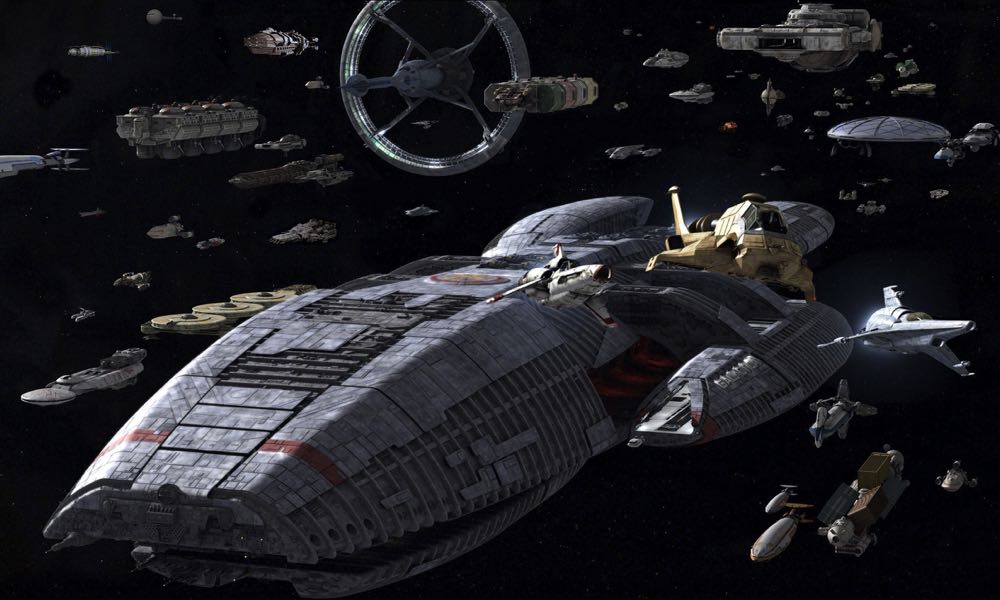 NBCUniversal had a big announcement for its upcoming streaming service Peacock earlier today, and along with the list of library titles that will be available upon launch, they made two major new series announcements: a Battlestar Galactica reboot from Mr. Robot creator Sam Esmail and a Saved by the Bell revival. Details are scant on both series.

I have said for years we were not completely finished with BSG yet and that another take on the series storyline would arrive sooner rather than later, and now and it appears I was right. That storyline of humanity at war with technology it created is just too juicy to pass without getting tempted to tackle it again.

What a lot of fans might not know is that since that time, just like I suspected, a continuation or reboot of Battlestar Galactica has been in the works, but none has come to fruition. Universal put a feature film reboot in development in 2009 with Bryan Singer originally set to direct, and most recently Francis Lawrence (The Hunger Games: Catching Fire) came onboard to helm the project in 2016.

Esmail had this to say about the reboot: BSG fans, this will NOT be a remake of the amazing series @RonDMoore launched because… why mess with perfection? Instead, we’ll explore a new story within the mythology while staying true to the spirit of Battlestar. So say we all!

No premiere date is available. It’s unclear if Battlestar will be ready in time for Peacock’s launch in April 2020