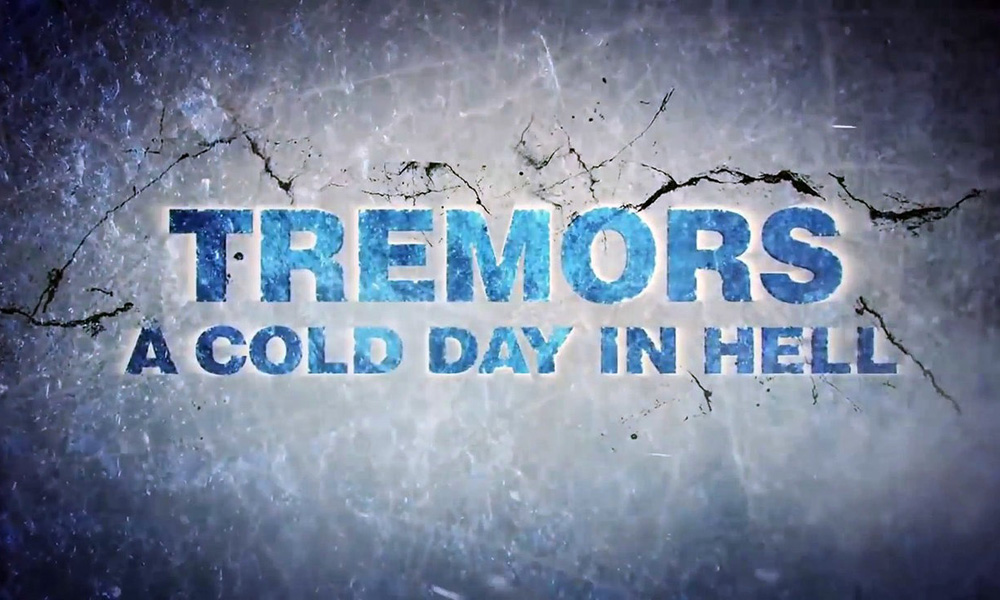 Get ready for a wild and lethal adventure in the next chapter of the beloved cult-classic Tremors franchise, Tremors: A Cold Day in Hell, arriving on Blu-ray combo pack, DVD, Digital and On Demand on May 1, 2018 from Universal 1440 Entertainment, the original content production arm of Universal Pictures Home Entertainment. Tremors patriarch Michael Gross (“Family Ties,” “Suits”) reprises his iconic role as Graboid-hunting Burt Gummer along with Jamie Kennedy (“The Cleveland Show,” Scream franchise) as Burt’s son Travis Welker in this all-new terrifying yet hilarious movie filled with even more quick-witted humor, screwball antics and action-packed thrills than ever before. 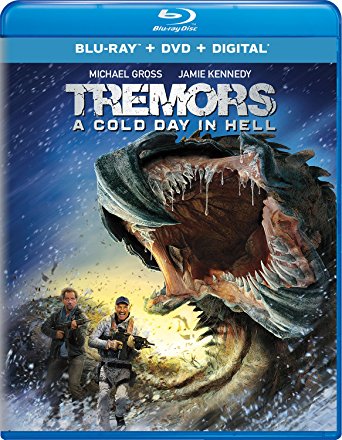 The perfect mix of action, horror and comedy, Tremors: A Cold Day in Hell on Blu-ray, DVD and Digital comes fully loaded with exclusive bonus features that will take audiences deeper into the outrageous world of Tremors, with special behind-the-scenes footage of the making of the film, an up-close look at the very first underwater Graboid attack, and commentary from the filmmakers.

Burt Gummer (Gross) and his son Travis Welker (Kennedy) find themselves up to their ears in Graboids and Ass-Blasters when they head to Canada to investigate a series of deadly giant worm attacks. Arriving at a remote research facility in the arctic tundra, Burt begins to suspect that Graboids are secretly being weaponized, but before he can prove his theory, he is sidelined by Graboid venom. With just 48 hours to live, the only hope is to create an antidote from fresh venom — but to do that, someone will have to figure out how to milk a Graboid!

Tremors: The Complete Collection will also be available on DVD on May 1, 2018. New and longtime fans can now enjoy the wonder of all six movies in one must-own set including, Tremors, Tremors 2: Aftershocks, Tremors 3: Back to Perfection, Tremors: The Legend Begins, Tremors 5: Bloodlines, and the newest film Tremors: A Cold Day in Hell.

Anatomy of a Scene: Watch as we break down the various elements that need to come together to film the first underwater Graboid attack.

Inside Chang’s Market: Chang’s Market is an iconic location in Tremors history. See how it was recreated and updated for this installment of the franchise.