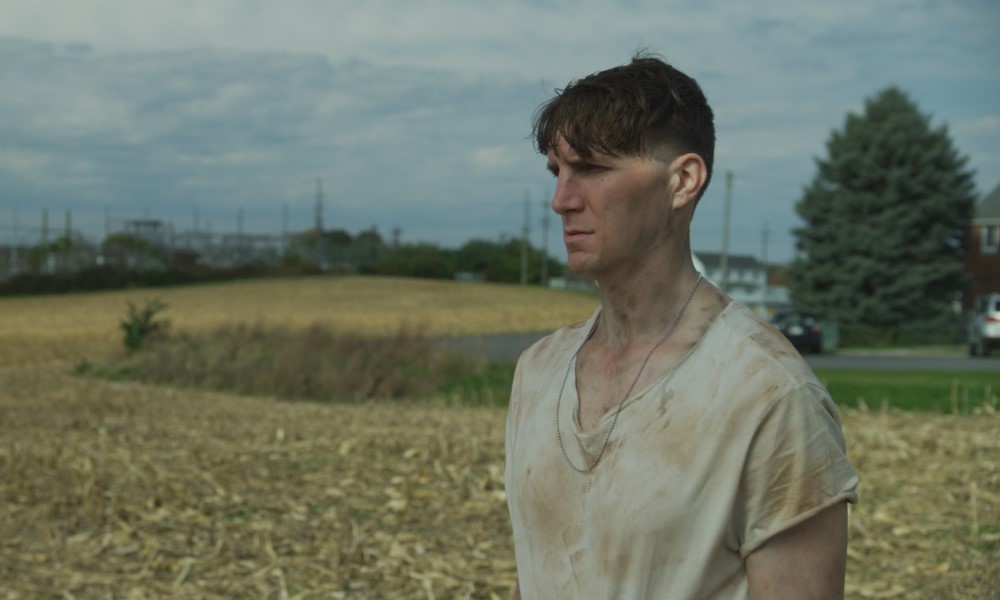 Union Bridge is a finely recorded movie about something happening amongst brilliant scenery and brooding drama over, who-knows-what. 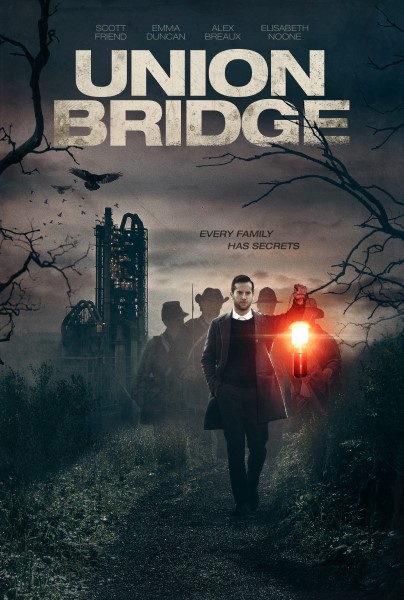 I love the 21st Century. Thanks to HD cameras and tools like drones we can have beautiful scenes shot of unknown corners and hamlets of the United States that can be put upon display for people who will never get to explore those regions of the US themselves. For the beautiful scenery, this movie is an excellent travel brochure. As far as storytelling, it is all beauty and little substance.

Union Bridge follows Nick Shipe (Scott Friend) returning home to the small town he grew up in after living for several years in the big city. Upon arrival, Will sees his childhood friend Nick, (Alex Breaux) striding through a field looking disheveled and carrying a pickaxe. Upon his return, Nick discovers that his friend is bothered by visions and is seeking to dig up buried gold that could change town history.

This movie is all talk and little substance. I do not know if there was more to the story and it ended up on the cutting room floor or if there just was what was shown on the screen, but Union Bridge lacks any real depth.

We are told the Shipes owns the local factory, which we get a couple dozen shots of the local cement factory, but aside from an early blink-and-you-could-miss-it shot showing the name “Shipe” scrawled down the side of a small tower, there is no other sign the Shipes have anything to do with it.

With as many times as the factory is shown, you assume a scene or two would take place at the factory or play a key part in the story or get more than lip service. Not to spoil the movie, but the factory is irrelevant except to mention that crows like to hang out on it.

The family secret is vague and not fleshed out nor would the explanation for why this secret would be so harmful to the Shipes or why it necessitates a murder to cover it up 160 years later.

There is no real pay-off in this movie at all. There are no real stakes, there’s no real tension other than, “what is the big secret and why is it so important,” and for the build-up and eventual vague and obtuse explanation and reveal, it’s weak if not just non-existent.

There are also technical inconsistencies that are noticeable because of long drawn out scenic transitions which highlight some of the film’s incongruities. For instance, Will walks everywhere in the movie, he is even dropped off at his mom’s house in the beginning because he doesn’t have a car. There are a lot of shots of Will walking places, but magically in one scene he has a car, parked outside the house that was never there unless either he or his mother we’re being dropped off by somebody we never meet.

There is a scene where Will and Mary (Emma Duncan) are out on a walk, getting to know each other and somehow end up on a farm, feeding animals for no discernible reason. From earlier in the film the viewer might have assumed Mary lived with her Aunt and cousin (Nick) but later we learn she lives in an apartment, in town, not on a fam. Will’s family are not farmers, so the scene is confusing.

The problem is the movie does not offer a lot of explanation for what is going on Dialogue is too sparse at times and the audience is meant to piece things together for themselves, so the viewer starts thinking about things that don’t make sense as there was nothing else to latch on to as they try to figure out what it is they are watching.

Like I said, the setting was beautiful. If I ever swing through Maryland, I may drive through Union Bridge on a beautiful fall day, but substance wise this movie did not have a lot going for it. There were talented actors working on this movie, so except for a couple low spots, they were not distracting but there was no story or logic to keep this film going the story moving or interesting. The setting was nice. Actors were okay, soundtrack was not jarring or annoying, but the story is a bit of a dud.