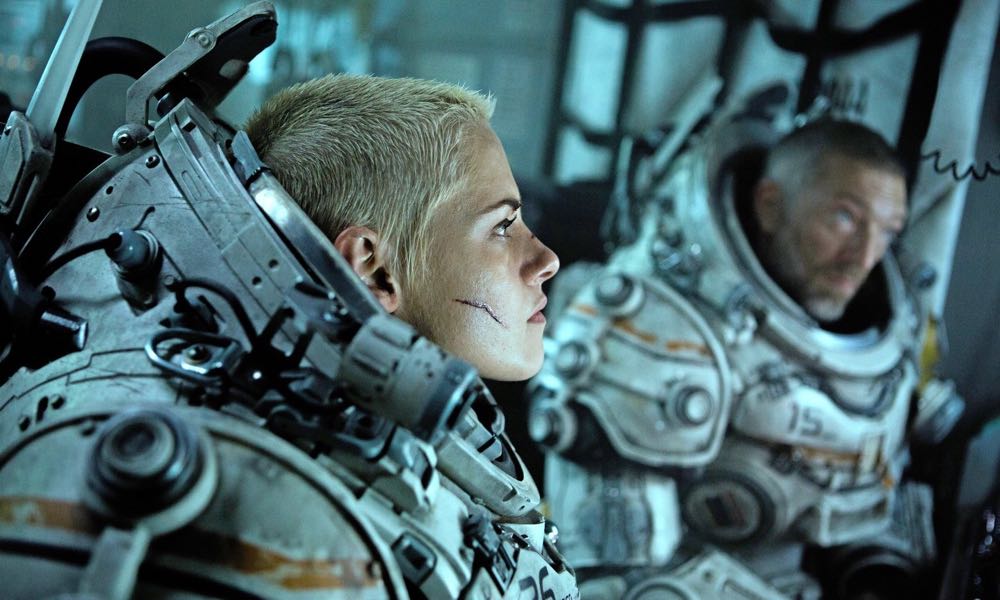 Not having heard much about it since its release, I watched Kristen Stewart’s Underwater the other night mostly out of a sense of curiosity more than anything else. In essence, monster movies are generally not my thing: I lean more in the direction of the high adventure school of science fiction. That’s because, with only a few exceptions, I find horror movies to be the same old bag of predictable rehashed cliches usually.

Underwater adventures, on the other hand, are far too few and far between. Ever since being exposed to Disney’s classic 20,000 Leagues Beneath the Sea as a child, I have been fascinated by subaquatic adventures and adventures related to the sea like Treasure Island ever since.

Underwater is nothing like those stories; its a mashup of ideas found in other classic science fiction films that preceded its creation. Undeniably derivative from beginning to end, this film mimics the look and feel of RIdley Scotts Alien (1979) so thoroughly it’s a pretty remarkable achievement. The film even goes so far as to have Kristen Stwerst’s character Nora Price, the film’s surrogate latter-day Ripley, running around in her underwear at the end a la Alien. In addition, it transports the entire alien encounter scenario into the deepest part of the earth’s oceans, making it strongly reminiscent of The Abyss (1989) also.

Is this plagiarism? It never crosses the line but comes close, but while plagiarizing someone else’s work without giving them credit remains unacceptable, What this film did is kind of understandable under the circumstances. We are on the cusp between centuries, and it seems only natural that some old ideas will resurface in slightly altered form to entertain a new generation of genre fans. Creating something entirely original is hard.

What’s surprising is all that lifting of ideas resulted in a terrific throwback, old school, popcorn monster movie. Underwater is a film that grabs you and never lets go while it spins its story at a relentless pace that never slows until it ends. Underwater doubles up on the horror by weaponizing claustrophobia and aquaphobia (fear of drowning) effectively throughout its duration. The film accomplishes this by utilizing an endless assortment of narrow, cramped, and soggy sets to continually remind the viewer that the possibility of a horrifying death is never far away.

Underwater is not a perfect movie, and far from what is generally considered geat movie-making, and one the cons of this film is that murkiness in many of the underwater scenes so bad it frustrates the ability to make out what’s occurring on the screen.

Adding to the fun, the film boasts some pretty terrifyingly impressive, nightmarish, super-strong, subaquatic creatures. These guys are vicious in their response to the blundering humans in their midst. These brutal creatures vary in size from manageable to monstrous and seem to eat just about anything that moves, including human flesh. these are the undisputed rulers of their domain and don’t like, uninvited visitors,

Not familiar with the title? Underwater is a 2020 American science fiction action film directed by William Eubank and written by Brian Duffield, and Adam Cozad. The film stars Kristen Stewart, Vincent Cassel, Jessica Henwick, John Gallagher Jr., Mamoudou Athie, and T.J. Miller. It follows a group of scientists at the bottom of the ocean who encounter a group of creatures after an earthquake destroys their laboratory.

The film’s cast does an excellent job portraying the intensity, chaos, and in your face horror of their situation, all while dealing with what must have been very uncomfortable circumstances. They had to earn their pay on this one. Underwater is not a terrible movie trie it owes a great deal of what makes it enjoyable to the work of others that came before, but it’s still a damn good monster movie that would be right at home in a drive-in as the half of a double bill you actually watch.