Under the Dome – Book Review 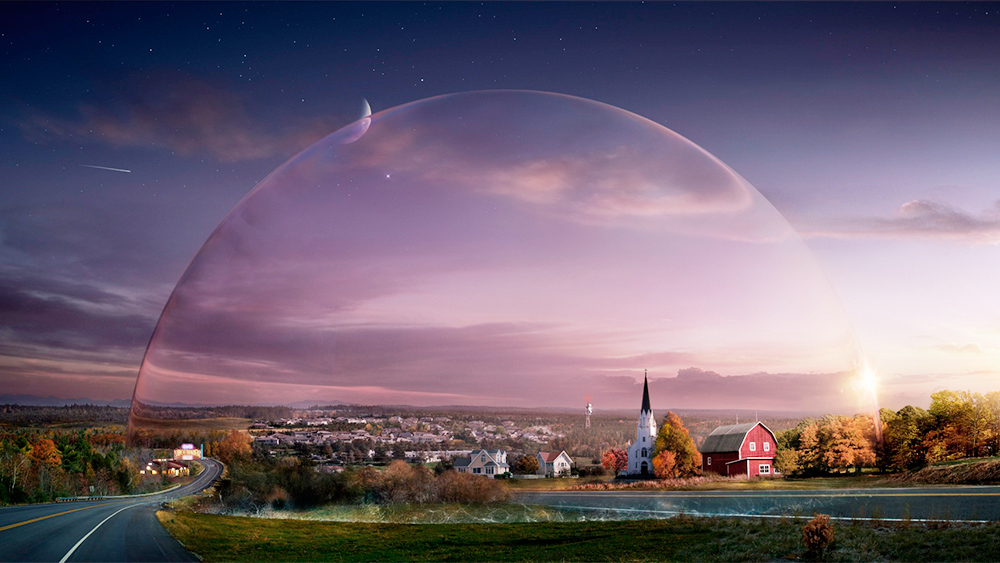 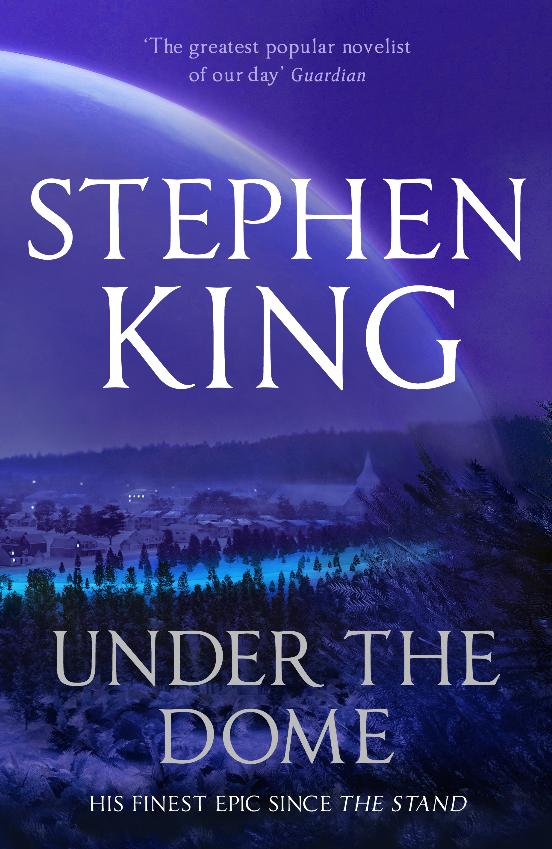 Stephen King’s 2009 novel, the 870-plus page doorstopper Under the Dome involves a small Maine town (where else? all of King’s novels are set in small Maine towns) that is cut off from the outside world by an invisible dome that appears out of nowhere.  This mysterious force field is practically impenetrable and cuts off the town’s water and electricity in the process. Air is let through, but only in small amounts. Soon the dome becomes a veritable greenhouse.

All efforts to destroy the dome are fruitless. Inside the dome normal law and order breaks down, as the outside world is unable to intervene: a corrupt politician named Big Jim Rennie sees the dome as the ideal opportunity to consolidate his power as well as get rid of a large meth lab he has been running before the dome goes down and it is discovered.

Time is however running out for the small town. Not only are food and water supplies dwindling, but children start having ominous premonitions of an impending apocalypse on Halloween day . . .

The whole “small town cut off by invisible dome” plot isn’t particularly original. Not only has it been used by writers such as Michael Grant in his Gone novels, but has even been the plot of the big screen Simpsons movie! King writes in his author’s note at the back that he had the idea for the novel as far as 1976, but was too intimidated by the scale of it to follow it through. If he only had, Under the Dome might have been a classic. Now other writers have long overtaken it.

All of King’s characters are one-dimensional. They are either good or bad or stupid. Like Oliver Stone, Stephen King has apparently never heard of the word “subtlety” before. Take the bad guy Rennie for instance. The deck is so stacked against us liking Rennie that he might as well be an old Black & White movie villain whom one expects to twirl his mustache at any moment and give a villainous laugh. Rennie is (a) a Republican, (b) a bigot, (c) a religious nut, (d) a cold-blooded murderer who even killed his own wife, (e) a drug lord, (f) a used car salesman, (g) an overweight pig who scoffs down his food like an animal, (h) corrupt and manipulative, (i) vindictive, (j) an ego maniac and, worst of all, (k) drives a polluting Hummer.

Maybe things would have been more interesting if King’s characters were more shaded. What if the “villain” did the wrong things for the right reasons? But subtlety isn’t King’s bag because . . .

Under the Dome is an in-your-face political parable about how politicians use fear and misinformation to manipulate their constituents. King’s novel clearly alludes to the post-911 events in which George W. Bush misinformed the American public so that he can invade Iraq and roll back civil liberties.

In fact, the sheer obviousness of what King is trying to achieve with Under the Dome is the novel’s most appalling quality. Not just in terms of the book’s political agenda, but narrative wise. You’ll want to tear your hair out of your skull each time some dim-witted character thinks he can force Big Jim Rennie to step down only to be outwitted by the sly used-car salesman! This plot device gets tired real soon.

Few of the characters feel real. Small town cops with an intricate knowledge of pre-WWII Nazi politics? Sorry, we don’t buy it. Lots of times the characters merely feel like mouthpieces for the author instead of real flesh and blood characters.

Stephen King has always been a misanthrope – not only in the gruesome and lovingly described manner in which he kills off characters and the degradation he makes them undergo such as gang rape, torture, etc. – but in his low estimation of humanity. Without the thin veneer of civilization, it takes about three days for things in the small town to go pear-shaped. Even Lord of the Flies gave its characters a bit more time to go ape shit!

The ending is both unexpected and ridiculous. We don’t want to give away too much here, but take our word for it. The reason for the appearance of the dome itself is something taken out of an old Star Trek episode. Despite this “scientific” explanation for the dome, King still can’t resist throwing in some superfluous supernatural elements (such as those kids having premonitions of future events) into the mix, probably out of habit.

One thought on “Under the Dome – Book Review”