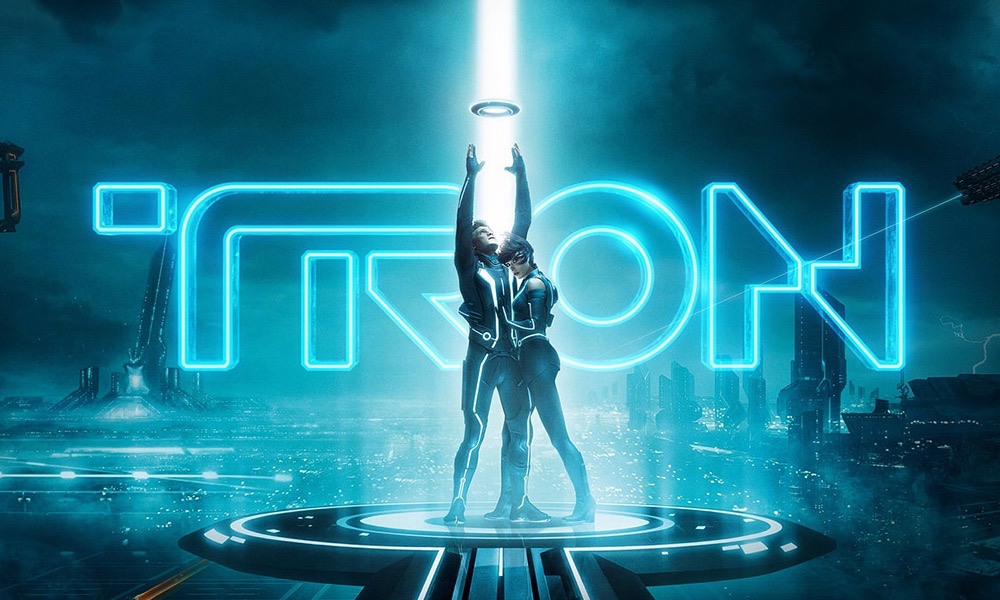 In 1982 a charming little experiment in computer animation came into being in the form of a Disney film called Tron, it told a classic tale of good vs. evil that takes place inside a world that exists inside a computer. Tron was an early entry into the subgenre of what is commonly referred to as cyberpunk these days. Tron was a film designed to appeal to kids and fans of the very early days of computer games like me (Asteroids or Berzerk anyone?). Tron quietly started a revolution in what has become the regular use of far more sophisticated CGI in genre films and practically everywhere. In a sense, Tron is indirectly responsible for the rise of companies like Industrial Light and Magic and others of its kind. The legacy of Tron is as fundamental a part of modern movies and Television as anything else in contemporary digital media. 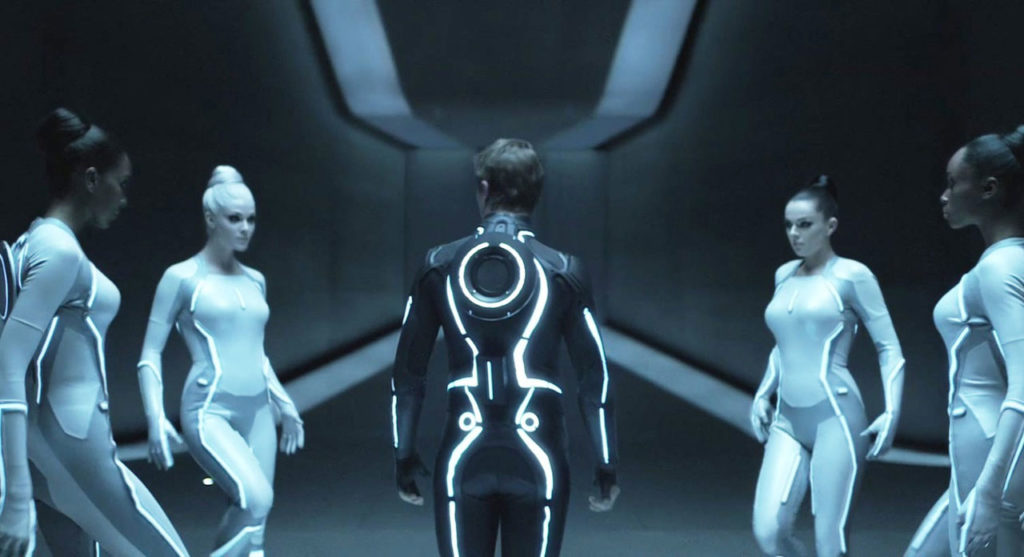 About 30 years later, Disney finally got around to making the long-awaited sequel to Tron titled Tron: Legacy. Tron: Legacy is a 2010 American science fiction action film directed by Joseph Kosinski from a screenplay written by Adam Horowitz and Edward Kitsis, based on a story by Horowitz, Kitsis, Brian Klugman, and Lee Sternthal.  This time Tron was no longer the charming, kind of cutesy approach to telling its story, instead, following the 21st-century trend, it was more grounded, grim and gritty in its presentation and the Grid now populated with mostly unsavory beings. For better or worse, Tron had grown up, become more serious, much, much darker, and tinged with an undeniable sexual flavor.

This time around, the story follows Flynn’s son Sam, who responds to a message from his long-lost father and is transported just like his father into the virtual reality called The Grid, where Sam, reunited with his father, and joined by the living algorithm Quorra must stop the malicious program Clu from invading the real world. The story plays out similarly to the original with Sam participating in games just like his dad in an updated world that still includes the deadly disk game and light-cycles in a more violent and grimmer Grid. Additionally, there is a love interest as Sam falls for Quorra suggesting an intimate relationship with a non-human species. The idea of digital lifeforms invading and physically interacting in our reality is an interesting one that the film implies might not be entirely pleasant.

The cast includes Jeff Bridges (as both protagonist and villain Clu courtesy of CGI) and Bruce Boxleitner reprising their roles as Kevin Flynn and Alan Bradley, respectively, as well as Garrett Hedlund, Olivia Wilde, James Frain, Beau Garrett, and Michael Sheen. Tron: Legacy also features an appearance by and a soundtrack composed by Daft Punk.

Tron: Legacy got followed up by an animated series Tron: Uprising (2012-2013), shown on Disney’s cable channel Disney XD. There was talk suggesting that another sequel, Tron 3 was being worked on as recently as 2017, but the most recent reports indicate the project is dead in the water. Disney suddenly became much more cautious after poor box office performances by John Carter (2012) and Tomorrowland (2015) which is a shame, since the legacy of Tron deserves to live on, on the screen as well as in the hearts of fans.